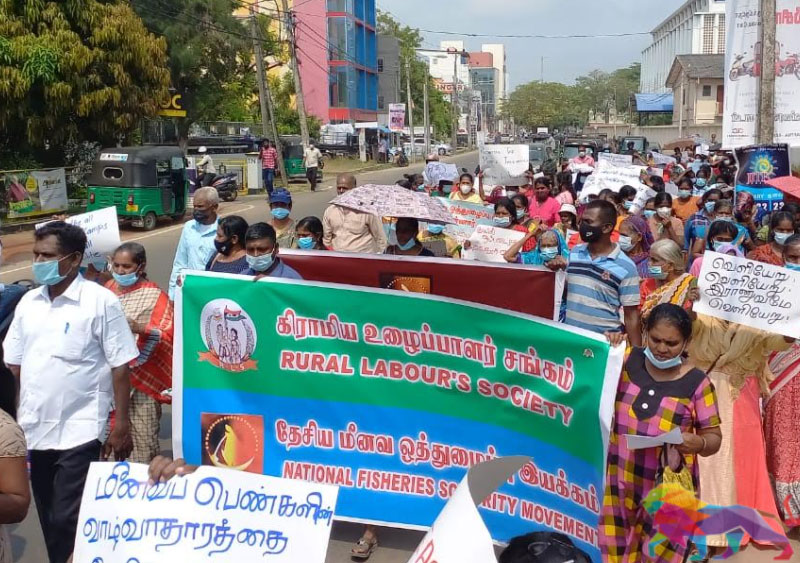 Hundreds in Jaffna took to the streets urging the Sri Lankan government to deliver justice over crimes committed against Tamils during the war and its aftermath.

According to local journalists, people representing all the five districts of the Northern Province had joined the protest organised by the National Fisheries Solidarity Movement (NAFSO) on Wednesday (March 23).

After the protest, Anthony Jesudasan, the Coordinator of the People to People Dialogue on Peace and Sustainable Development, told journalists that the government has not taken any action so far, to deliver transitional justice to the island.

"Even though 13 years have passed since the end of the war, the government has not yet taken any action to bring transitional justice," Jesudasan said.

He accused the government of defying international commitments and deceiving the international community. He further added that fishermen, farmers, labourers and women representing all five districts of the Northern Province took part in the protest.

The protest march started from Jaffna and proceeded to the Governor's Office in the Northern Province, where protesters also staged a demonstration.

They handed over a letter containing their demands to the Northern Province Governor's Office. The Governor had informed through a police officer that a date for a meeting will be announced next week.

The protesters urged to return the land of the displaced, deliver justice to the families of the forcibly disappeared, release political prisoners, and to immediately stop the ongoing land grabbing by various state institutions.

Jesudasan also warned that the people's struggle will continue if the government did not take necessary action to deliver transitional justice. 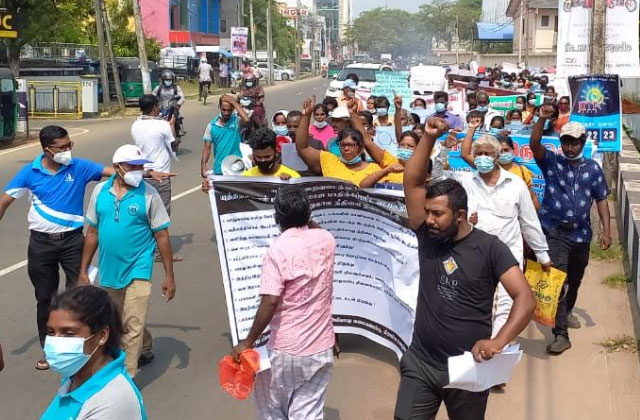 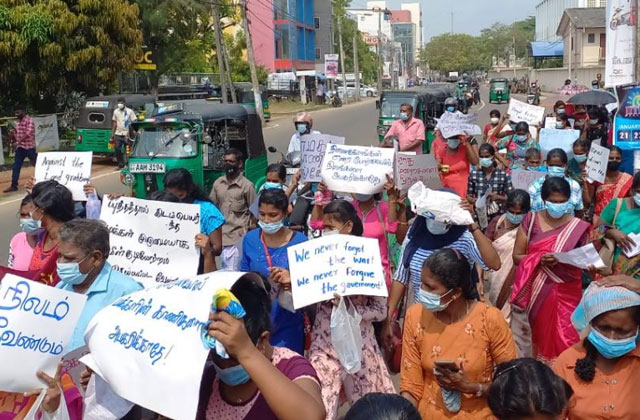