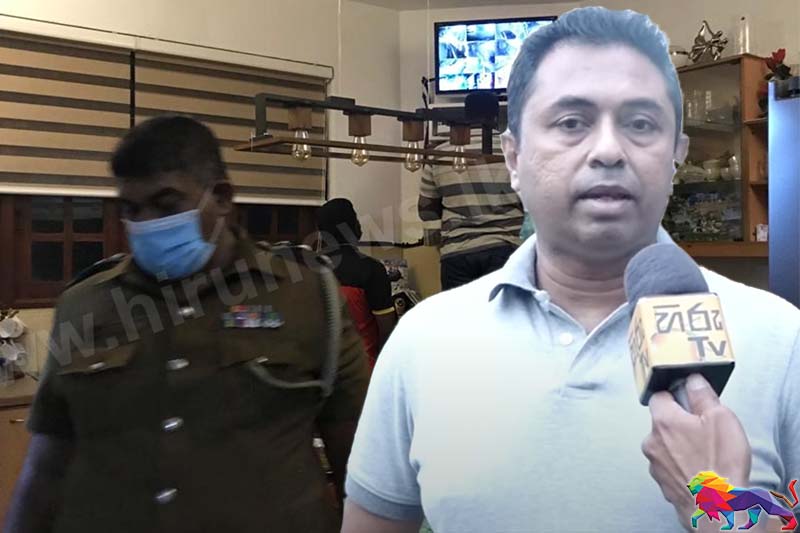 The residence of senior journalist Chamuditha Samarawickrama was attacked by an unidentified group this morning (14).

Four unidentified men in a white van had forced their way into Samarawickrama's residence in the Cambridge Court housing complex in Piliyandala. The group had held the security officer at gunpoint before proceeding to his residence, it is learnt.

The group had then attacked Samarawickrama’s residence with stones and human waste, causing considerable damage to the residence.

Several Police teams have been deployed under the supervision of the Senior Superintendent of Police (SSP) of the Mt. Lavinia Police division to investigate the attack on the senior journalist’s residence and the suspects have not been identified yet.

Chamuditha Samarawickrama is the main anchor on Hiru TV's political talk shows and is also the host of the popular morning show 'Paththare Wisthare'.

He is also the host of YouTube channel, 'Truth With Chamuditha', through which he has recently questioned a number of popular characters in the country.

It is reported that several government bigwigs have been annoyed with his early morning programme "Paththare Wisthare' which has been critical of the government as of late.

However, 'Hiru' channel stated this morning that they will continue to operate its television programmes with the intention of improving the future of the people and the country.