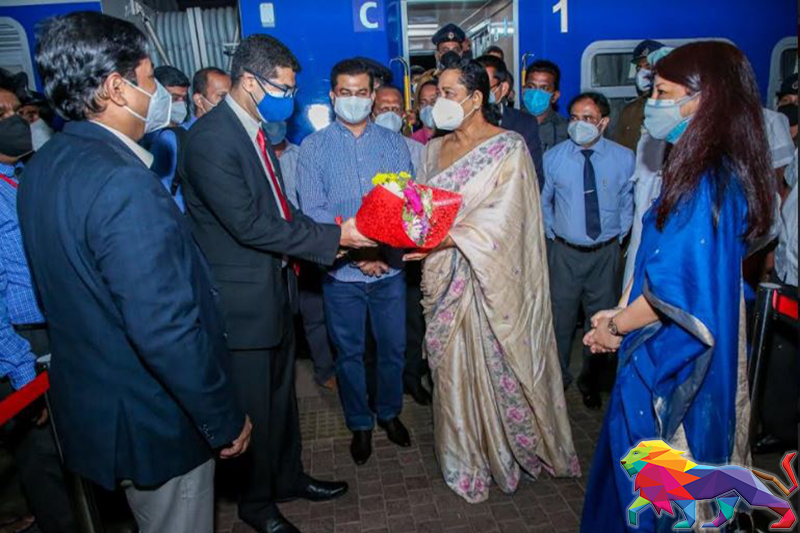 During his conversation with the Minister of Transport, Deputy High Commissioner Jacob recalled the priority placed by Indian Prime Minister Narendra Modi on ties with Sri Lanka in line with the Neighborhood First policy.

He said that the recent statement of External Affairs Minister Dr. S Jaishankar that India would support Sri Lanka in difficult times is an affirmation of the Neighborhood First policy in the current context. He also reiterated High Commissioner H E Gopal Baglay's emphasis on mutually beneficial cooperation that facilitates people to people exchanges.

Minister Wanniarachchi thanked the Government of India for steadfast support to Sri Lanka over the years, including during the ongoing Covid-19 pandemic.

Deputy High Commissioner Jacob responded that during the current year, the Indian side is keen to upgrade the bilateral engagement. He said that Indian government is celebrating this year's Pravasi Bharatiya Divas (9 January) with special focus on the youth. In this regard, the Deputy High Commissioner recalled the visits of Mahatma Gandhi to Sri Lanka including the seminal speech at Ananda College.

Supplied by RITES under an Indian Line of Credit, these AC DMUs will help facilitate quicker travel between Western Province and Northern Province. The supply of AC DMUs is just one of the many Railway projects being undertaken by India in Sri Lanka.

There are also other ongoing projects, which include supply of passenger coaches by RITES under an Indian Line of Credit. RITES has already supplied 120 of the 160 coaches under this project.

Another Indian company, IRCON is executing a project for Up-gradation of railway tracks between Maho-Anuradhapura-Omanthai.

India's total development portfolio in Sri Lanka is over USD 3.5 billion, of which around USD 570 million  are purely grant projects.

Modernisation of Railways and creation of new Railway infrastructure have been important sectors of focus under the Indian Government's development portfolio in Sri Lanka, in line with the priority of the Government and people of Sri Lanka.