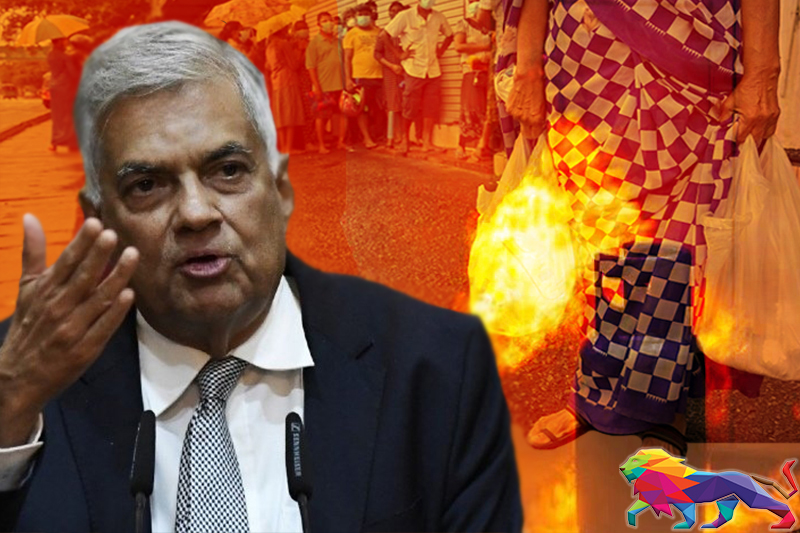 The Rajapaksa government that rose to power promising to create a secure nation claiming that the country's national security has been compromised has now gravely endangered the lives of people in their own homes, former Prime Minister Ranil Wickremesinghe said.

"Gas cylinder related explosions are on the rise. These explosions have created an environment of fear, anxiety, and social unrest throughout the country, especially among women. Domestic households are burdened by a plethora of economic issues and again women have borne the brunt of it. There is a shortage of medicines across the country which has contributed to the collapse of the healthcare system of households. The fear and uncertainty that remained outside has now crept into our homes.

We can see the lack of hope for the future among youths. Their education system has collapsed. The economy is in shambles. There will be catastrophic consequences if these issues aren't resolved soon," he said.

Mr. Wickremesinghe made these observations during a conversation with a group of young UNP activists when he visited party headquarters 'Sirikotha' on January 03.

The former Prime Minister noted that due to the current situation in the country, the young generation’s disengagement and loss of trust with existing economic, political, and social structures is at an all time high.

He said that the current economic crisis has burdened the middle class with substantial anxiety and for the first time in the country's history, the reckless, ad-hoc measures of the government that has decimated rural farming communities have led them towards politicisation. He stressed that these factors would have a decisive effect on the future political trajectory of the country.

While emphasising the need to move ahead with a programme with the International Monetary Fund (IMF) to mitigate the impact of the growing debt repayment crisis, he said that the government should refrain from seeking 'plaster solutions'.

While pointing out the need to criticise the government's shortcomings, the former Prime Minister said that it is the duty and responsibility of senior politicians to come up with viable solutions to resolve issues faced by the country.