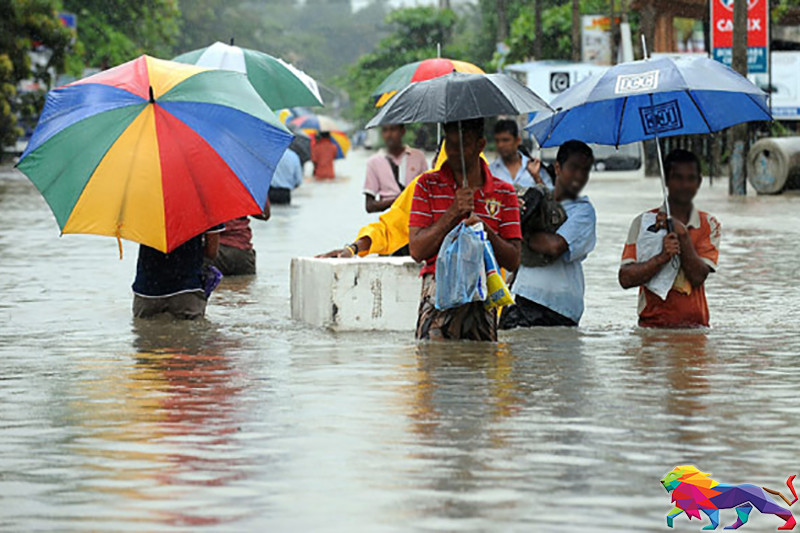 The death toll from the adverse weather conditions has increased to 20, and another five people are missing, the Disaster Management Centre (DMC) said in its latest report.

62,247 people in 17,481 families have been affected by adverse weather conditions in 126 Divisional Secretariats in 17 districts.

The Department of Meteorology said the low pressure area still persisting in the south-east Bay of Bengal is likely to intensify further in to a depression during next 36 hours and move West-Northwestwards towards North Tamil Nadu, closer to Northern coast of Sri Lanka.

Accordingly, there can be very heavy showers or thundershowers, strong winds up to 50-60 kmph associated with rough seas over the aforementioned sea area and the sea areas around the island.

Naval and fishing communities are advised not to venture the aforementioned sea area and sea areas around the island extending from Kankasanthurai to Pottuvil via Puttalam, Colombo, Galle and Hambantota, until further notice.

Accordingly, a Level - 01 (Yellow) landslide warning has been issued for residencies in the following Divisional Secretariat Divisions.

A Level - 02 (Amber) landslide warning has been issued for residencies in the following Divisional Secretariat Divisions. 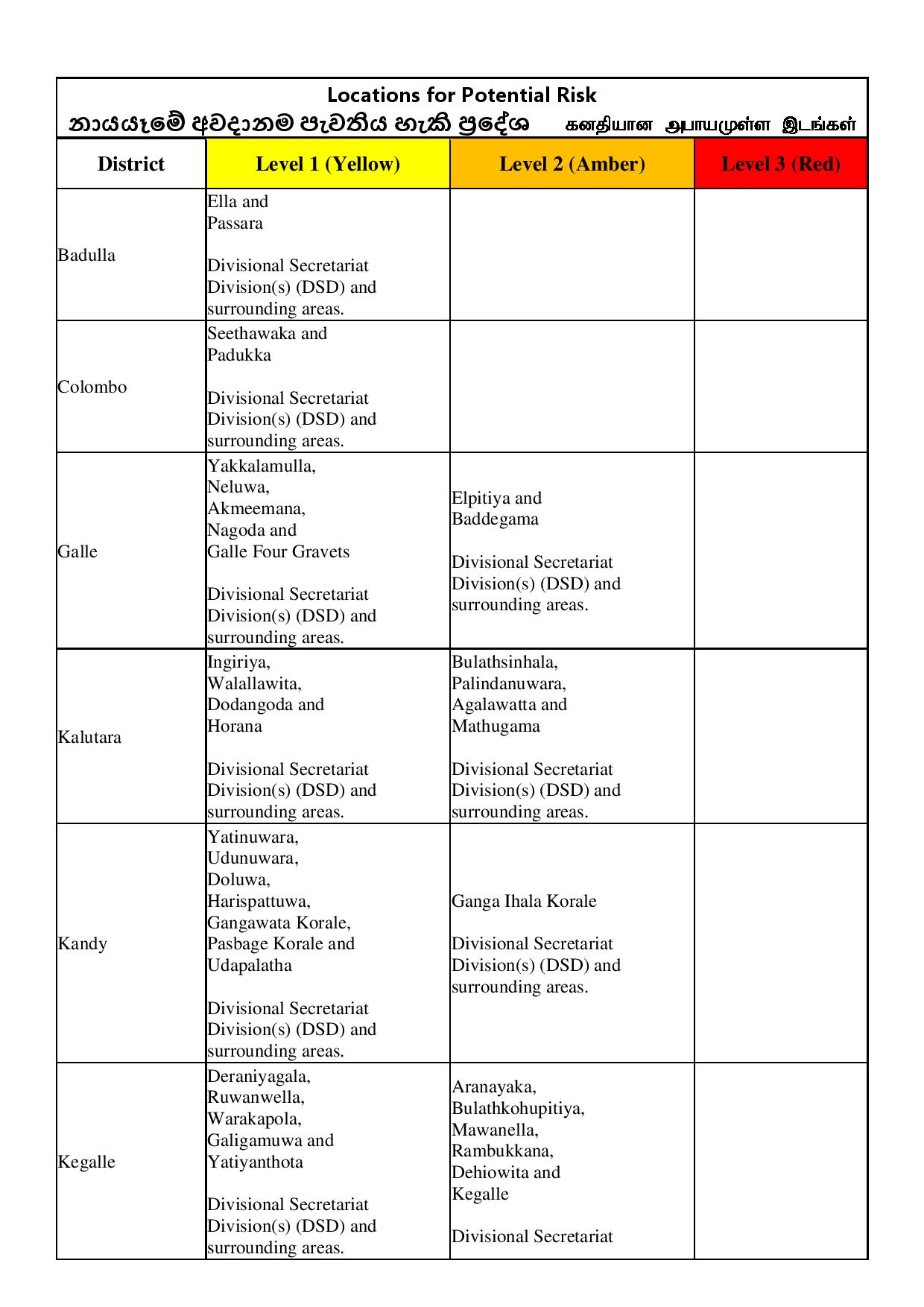 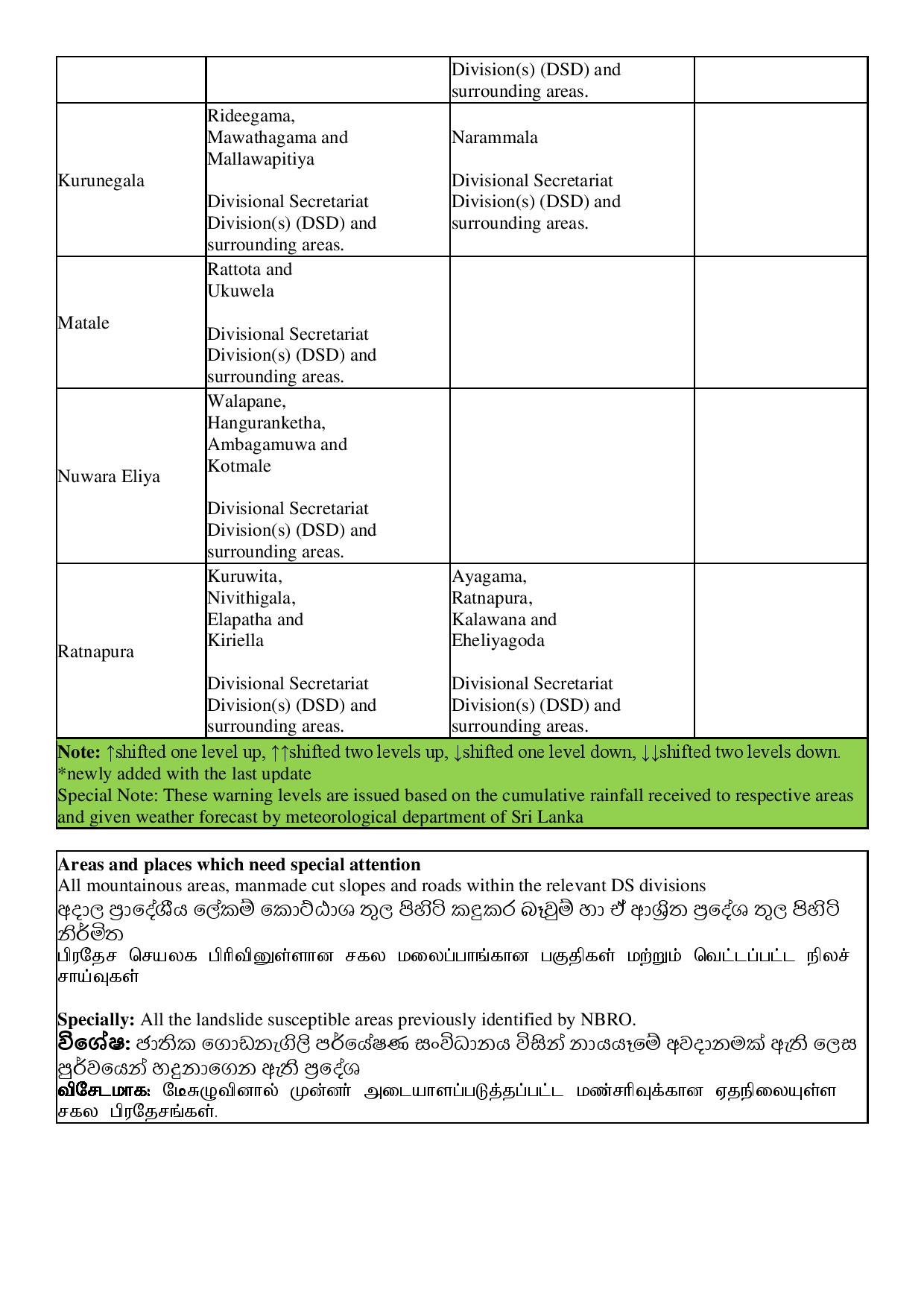