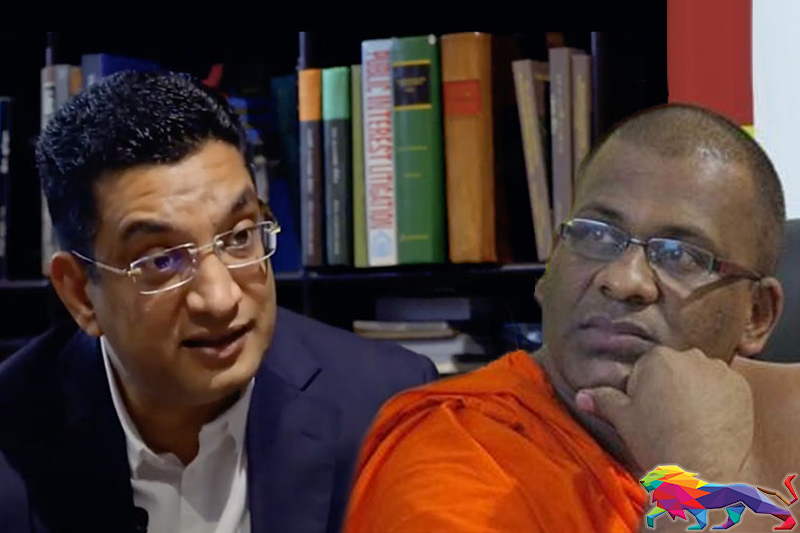 The Muslim community in Sri Lanka is said to be disheartened by reports that Justice Minister Ali Sabry had been made aware of the impending appointment of Galagoda Aththe Gnanasara Thera, as Chairman of the Presidential Task Force to implement the ‘One Country, One Law' policy.

According to sources, an air of suspicion has arisen amongst the community over Ali Sabry and his conduct as a result.

The reports that he knew of the appointment prior to it being announced stemmed from a statement made by President’s Spokesman Kingsley Ratnayake recently.

At a Press briefing recently, Ratnayake claimed the President had informed the Justice Minister of his decision prior to Gnanasara Thera’s appointment during a meeting held between the duo.

Ratnayake made the claim in response to a question raised by AFP correspondent Amal Jayasinghe.

However, sources say Sabry had denied this claim and vehemently refuted it in conversation with other MPs and Ministers at the SLPP anniversary event held yesterday (02).

The Minister had stated that he was deeply concerned about the current political situation. "I entered politics to serve the Muslim community and to assist the President in his endeavour to build a country where there is no fear or suspicion among various communities. However, the situation is getting worse. I will take a decision once the President is back," he said.

However, the Justice Minister is yet to make a public statement regarding the Presidential Spokesman's comments.

Sabry speaking to the Sunday Times had reiterated this and denied any prior knowledge of Gnanasara Thera’s appointment to head the task force.

The article had also stated the Justice Minister was not consulted prior to forming the task force. The Minister had even expressed his displeasure on the fact.

Meanwhile, the All Ceylon Council of Muslim Religious Scholars has expressed concern on the appointment of the latest task force.

They said in a statement that "there is a growing fear among Muslims that they will be persecuted in various ways by this appointment."

''In a country where there are many religious leaders who respect different religions, we are concerned and dissatisfied with the appointment of a controversial figure who has offended the religious sentiments of Muslims," the All Ceylon Council of Muslim Religious Scholars said.

The Center for Policy Alternatives, which has called for the abolition of the gazette notification announcing the new task force with legislative powers, has strongly criticized its leadership for not only being unable to reform the law in Sri Lanka, but also for being completely unfit to perform any role in governance.

In his defence, Gnanasara Thera has said many of those being appointed to Parliament are persons who have been punished by courts in Sri Lanka.

“There can be no special law for only one section in the country. Also, the rules cannot change for each area. We will discuss with all these parties and hand over our final decision to the President," Galagoda Aththe Gnanasara Thera said at a special meeting held at the Presidential Media Centre recently.