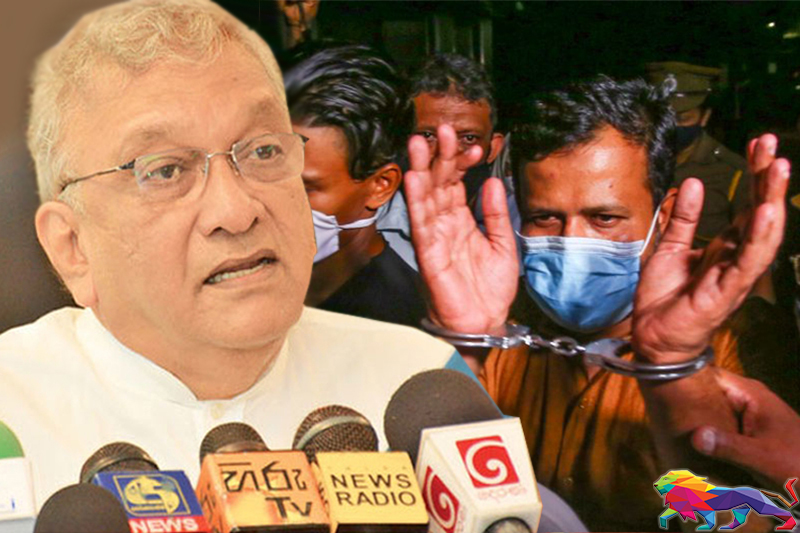 "We condemn the continued detention of MP Rishad Bathiudeen who is being held without a single shred of evidence against him," SJB MP Lakshman Kiriella said addressing the Parliament today (07).

Kiriella claimed that Rishad Bathiudeen had been forced to urinate in a bottle after 5 pm.

"According to Islam, one has to pray twice at night and you also require water. This is unfair and discriminatory. There is also another Parliamentarian from the ruling alliance and he is allowed to receive homemade food. This is what happens when lawsuits are filed due to political motivations. The police simply work according to the instructions of the government," he added.

Former Prime Minister Ranil Wickremesinghe on Tuesday (05) also raised the issue in Parliament stating that MP Rishad Bathiudeen should either be prosecuted if there is any evidence regarding his involvement in the Easter Sunday terrorist attacks or released if there is no evidence against him.