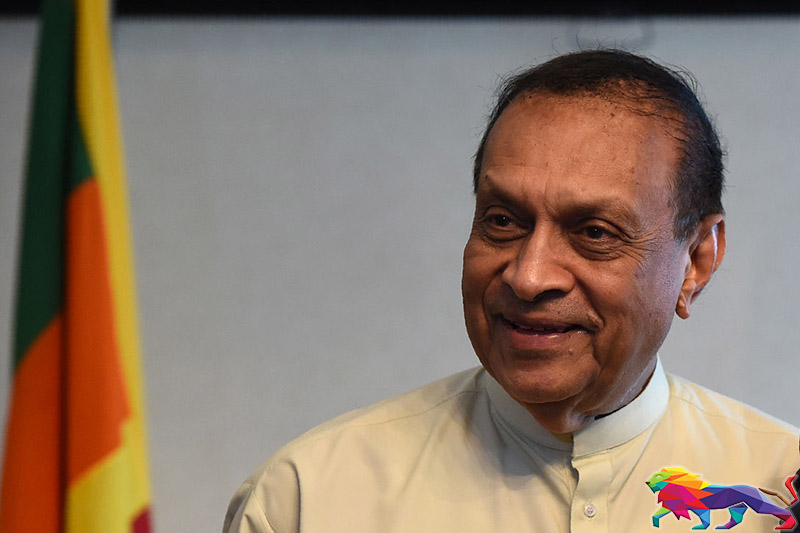 Every character who believes that he has a political vision and a role to play for the country, will ultimately win or lose, not in the power he gained but in front of his conscience.

In other words, it depends on how the power is captured and how that power was exercised. A person who scrutinizes the political map of Sri Lanka, can identify this very well.

If a person had ignored two invitations to get ready for the Prime Minister’s post, he should be a special character.

Especially if a person who believes that he has a huge role to play for the country and a person who has acted without hesitation to do so, it should be expected only from a unique character. That is why the character of Karu Jayasuriya is unique among all other political figures in this country.

His rejection of the Premiership on two occasions, was not due to the fact that he thought he was not good enough for such a responsible position. Because he conscientiously believed that the way he was going to get this position was not within his beliefs and values, no matter how powerful the position is.

No individual character can make such a decision unless he is disciplined, principled and has a good personality. That is why Karu Jayasuriya is a principled and dignified as well as an extraordinary political figure in this country. Today is his birthday.

Karu Jayasuriya is an extraordinary political character. A character who was not ready to do anything for power and is not ready even for today. He is also coming into politics on the directions of Mr. N.G.P. Panditharatne, who played a great role behind the United National Party. That was without the mere intention of getting power.

He accepted that invitation too since he very honestly believed that the United National Party had a crucial role to perform for the future of the country and he too had a decisive contribution towards this.

Later, it was former President Ranasinghe Premadasa who tried to get him into active politics. It was with the intention of electing him as a Member of Parliament from the national list. It is said that Ranasinghe Premadasa's intention was to appoint Karu Jayasuriya as the Prime Minister instead of Lalith and Gamini.

The other reason for this intention was Karu Jayasuria’s high management skills that he had gained by being the Chairman and Executive Director of 52 leading national and international companies in the country and his demonstration of his contribution towards the country without narrow objectives.

Mr. Karu Jayasuriya who politely and tactfully refused that invitation, was coming to active politics on the invitation made by Mr. Ranil Wickremesinghe who became the leader of the UNP.

It was by contesting for the post of the Mayor of Colombo Municipal Council and by being elected to this position with a great mandate while being amid the public. 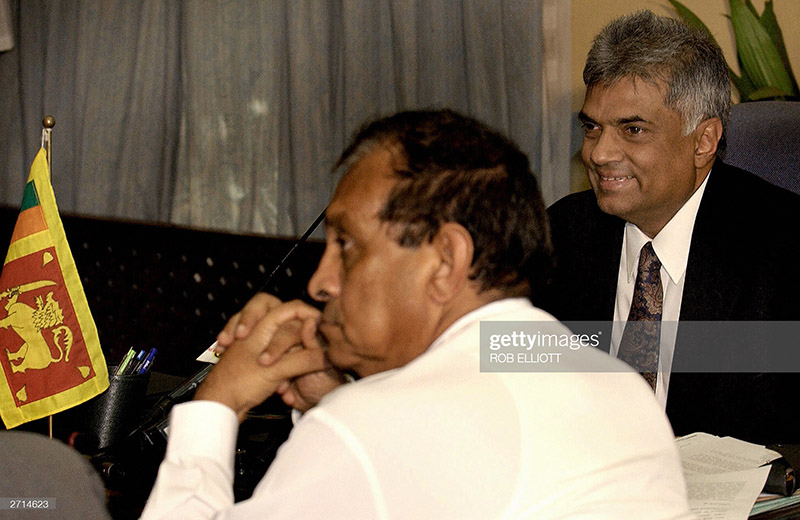 The period in which Karu Jayasuriya was the Mayor of Colombo, is known as the golden age in the history of the Municipal Council. He held the post of Mayor for a short period of one and a half years. It was as a special condition agreed upon by him to party leader Ranil Wickremesinghe when entering politics.

That was according to the condition put forward by Karu Jayasuriya that he will resign at the right half of his term after achieving his maximum role after winning the election for the post of Mayor.

The Asian Development Bank (ADB) commended him for his significant contribution to the Colombo Municipal Council during that short period. It was Colombo being named as the most exemplary city in Asia in 1999.

Although Jayasuriya wanted to return to his business venture after stepping down as Colombo Mayor, he had to abide by the party's decision to field him as the Chief Ministerial candidate in the forthcoming Western Provincial Council election.

This was due to the fact that Ranil Wickremesinghe had pointed out that this is a responsibility that should not be abandoned on behalf of the party. It is very clear that it was also a reason for him to be more stable in the political arena of this country. It was another difficult period after the golden age of the UNP.

Karu Jayasuriya had to dedicate his time as the leader of the Opposition in the Western Provincial Council for the promotion of the UNP. At that time he was still the Deputy Leader of the UNP.

During that period, with the defeat of the UNP leader who contested the 1999 presidential election, Karu Jayasuriya took on more responsibilities in the face of the challenge of sustaining the UNP as a winning party.

He considered it as a responsibility to be fulfilled in the face of any challenges. Another reason could have been the unanimous decision, taken by the UNP to appoint Karu Jayasuriya as the Prime Minister if the party had won the 1999 presidential election.

The party was directing Jayasuriya to contest the General election held in October 2000 from the Gampaha district. In that General election, he was elected as a Member of Parliament with the highest number of preferential votes.

He had to stand up fearlessly against the repression of the then ruling government and to find solutions to the crisis that had already arisen within the party and to shoulder the struggle to build the UNP as a strong party.

His heroic appearance amidst bullets and tear gas during the massive march from Kandy to Colombo in 2001, made the party proud.

It was a time when Mr. Jayasuriya, who had always believed in gentlemen politics and embraced it, got a new experience. He then had to go through a similar experience in the face of obstacles, threats and repression during the “Janabala Meheyuma” in 2002.

Mr. Jayasuriya, who was already active and in a leading role in the reforms needed for democracy in the country, had extensive discussions with all religious leaders in the country, including civil society organizations and the Maha Sangha.

Mr. Jayasuriya who has been cooperating extensively with civil society organizations in this country, got the blessings especially from the Maha Sangha that remained the same then as they are today.

He has been the Chairman of the Security Council of the Sri Lanka Ramanna Maha Nikaya for a long time and still holds it today. In addition, the honorable titles awarded to him by the Malwathu and Asgiri Chapters of the Siam Maha Nikaya, the Amarapura Maha Sanghasabha and the Ramanna Maha Nikaya are best examples for that.

Karu Jayasuriya also becomes the only Sri Lankan to have received the Rising Sun Award, the highest award given by Japan to its distinguished foreign friends.

Mr. Jayasuriya, who is highly experienced by serving as the Head of 52 leading companies in the private sector, did not find it difficult to achieve maximum success in the responsibilities assigned to him after joining the government.

When he was appointed as the Minister of Power and Energy, the whole country was in dark with a huge power shortage. He faced this challenge with a great victory with an assurance that he would resign from the position if he failed to make it a success on or before the date given by him. 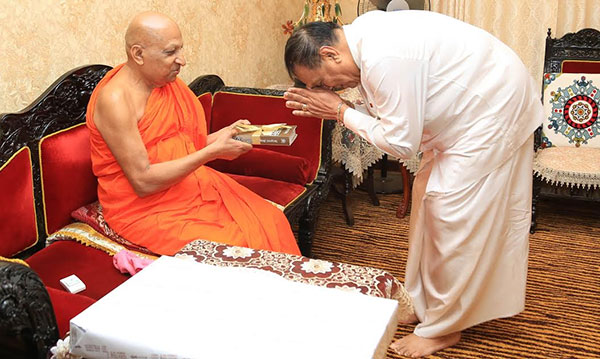 His role as the Minister of Buddhasasana was highly appreciated by the Maha Sangha, including the Maha Nayaka Theras of this country. As a whole, Karu Jayasuriya is still remembered with great respect for his service to every Ministerial post, which he held. Pioneering commitment made by him to give the public the right to information is also among them.

Karu Jayasuriya's role as Speaker of Parliament before leaving active politics has left many indelible memories.

His majestic personality as a pure democrat, to elevate the supremacy of Parliament to the highest level and to stand up boldly in the face of any challenges that may arise, will undoubtedly set a precedent for future Speakers in this country.

His intervention as Speaker was not limited to the country's democracy and the protection of the supremacy of Parliament and the rights of Members of Parliament. Mr. Jayasuriya's intervention in improving the welfare and efficiency of the staff of Parliament is unparalleled in the truest sense of the word.

It is also worth mentioning two crucial moments in the life of Karu Jayasuriya who displayed a high profile. One of them is his political contribution to the successful end of the protracted war to liberate the country from the horrors of terrorism.

For that, he even embraced his political opponent. The distinctive quality, displaced by him in his stance was that he made his decision clear to the United National Party, which he represented, and directed that he will no longer support the government after the war was over.

It should be emphasized here that not only he fulfilled that promise to the fullest, but the United National Party as a party also respected Karu Jayasuriya's decision.

This is evidenced by the fact that the UNP kept the post of Deputy Leader vacant until he left the government at a time when the war was nearing its end and it proved to be a reality, and Jayasuriya was honored with the post the day after he resigned from the government. 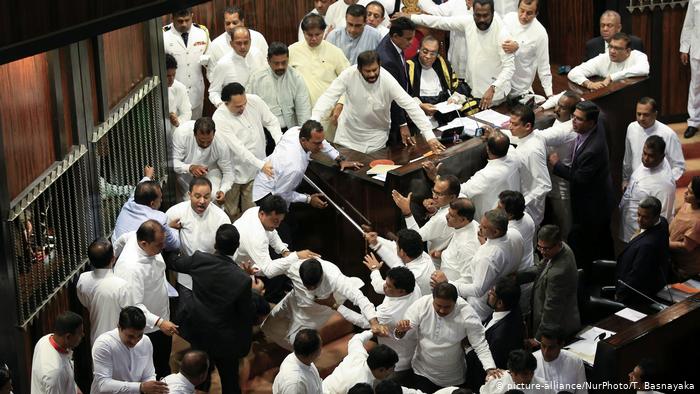 The second is, his humbly rejection of the President's repeated request to be sworn in as the Prime Minister of the country during his tenure as the Speaker with a firm stance.

It can be considered as a decisive point where he demonstrated his political policy ethics at a highest level.

He rejected the highest position that he is going to get at the second time too since he believed that the way he is offered this position is not within his honorable beliefs in Sri Lanka where there are plenty of politicians who take any unprincipled course of action for power.

The stance taken by Karu Jayasuriya in a country where the vast majority do not think twice to do anything despicable in politics for the sake of power, is highly respectable.

He has set a rare example for this country by not taking into personal use the salaries he received from the posts he held throughout his political career and as a person who has refused the vehicle permits which he is legally entitled to, seven times.

What this country needs more and more today and what is extremely rare today, are gentlemen and immaculate politicians.

Happy birthday to you..!