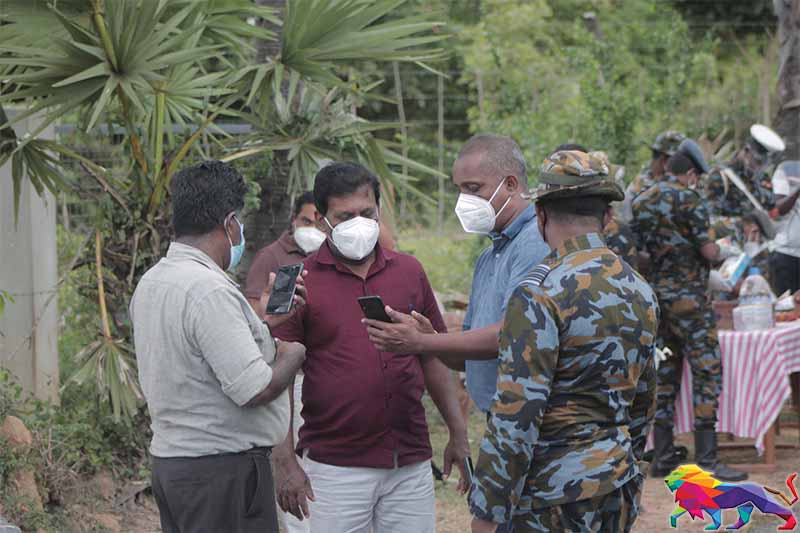 The military had obstructed a group of Ceylon Teachers’ Union (CTU) members who were on their way to the Air Force camp to see detained CTU General Secretary Joseph Stalin, a day before his release.

On 16 Friday, authorities released the anti-militarisation activists from the Keppapulavu camp in Mulaitivu where they were held by force for over a week.

CTU members on their way from Anuradhapura to Kepapilavu on Thursday (15), had been delayed at military checkpoints located at Puliyankulam, Nedunkeni, Watrapalai and Thanneer Uttu.

CTU North Central Province Coordinator J.M.Illiyas told journalists: “Military personnel stopped us throughout our journey and harassed us. We have a doubt as to whether the country we live in is actually a free one.”

Officers at the Mullaitivu air force camp commanded by Group Captain A.D.R. Liyanarachchige had also obstructed Human Rights Commission officials who were investigating complaints received regarding the arbitrary detention of the CTU leader. 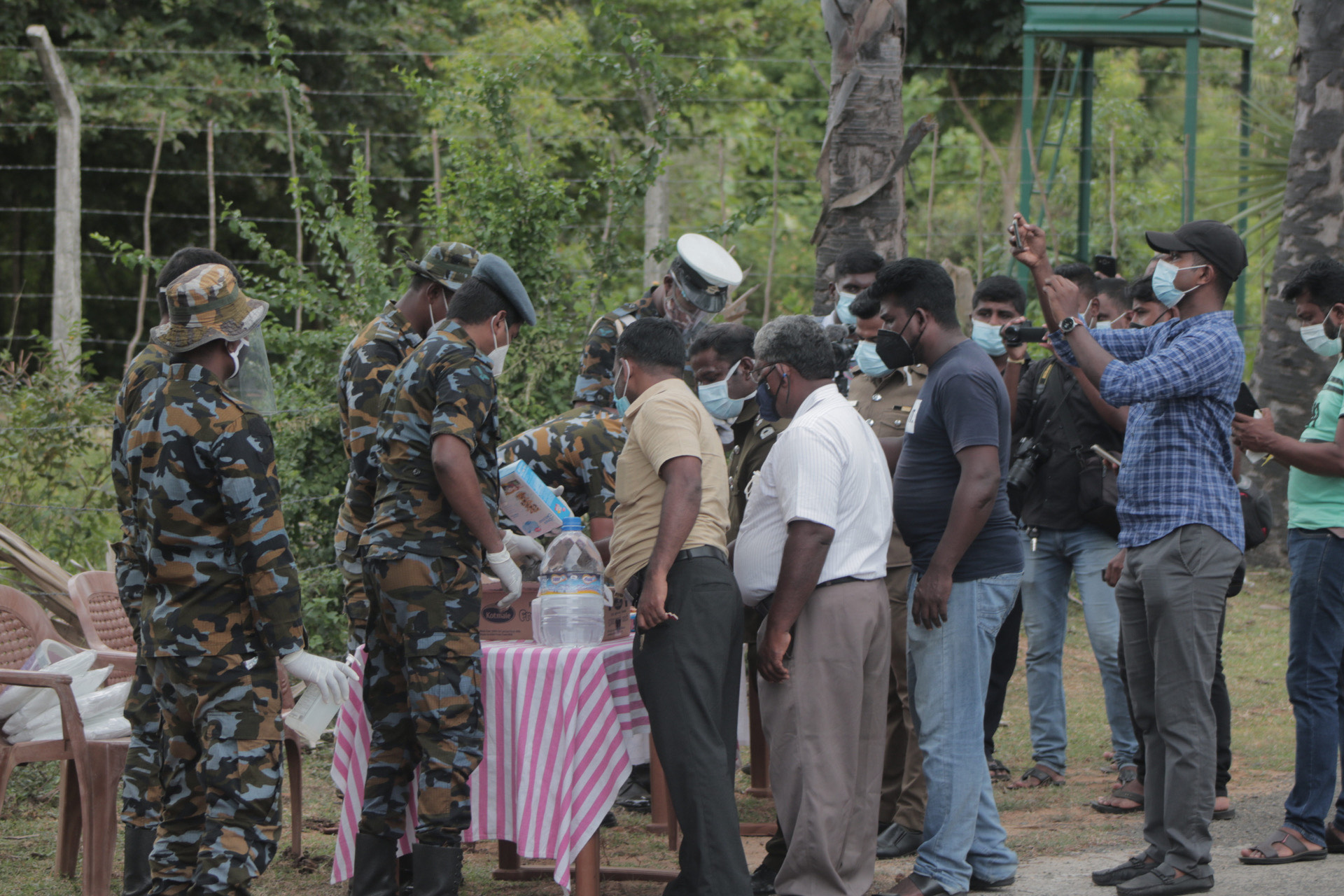 Meanwhile, regional journalists reported that military presence had been increased in Mullaitivu and near the Kepapulavu camp when the teachers’ trade union members were arriving at the area.

“We did not come here to see criminals, and politicians who visit criminals do not face this type of harassment. We express strong opposition and displeasure to the government,” CTU President Priyantha Fernando said, adding that despite various obstacles it was possible to hand over the goods they brought for CTU General Secretary and other trade union leaders.

"The Polymerase Chain Reaction (PCR) tests conducted by health officials have confirmed that they were not infected with Covid-19. It is sinful for the government to resort to such acts," J.M.Illiyas told journalists. 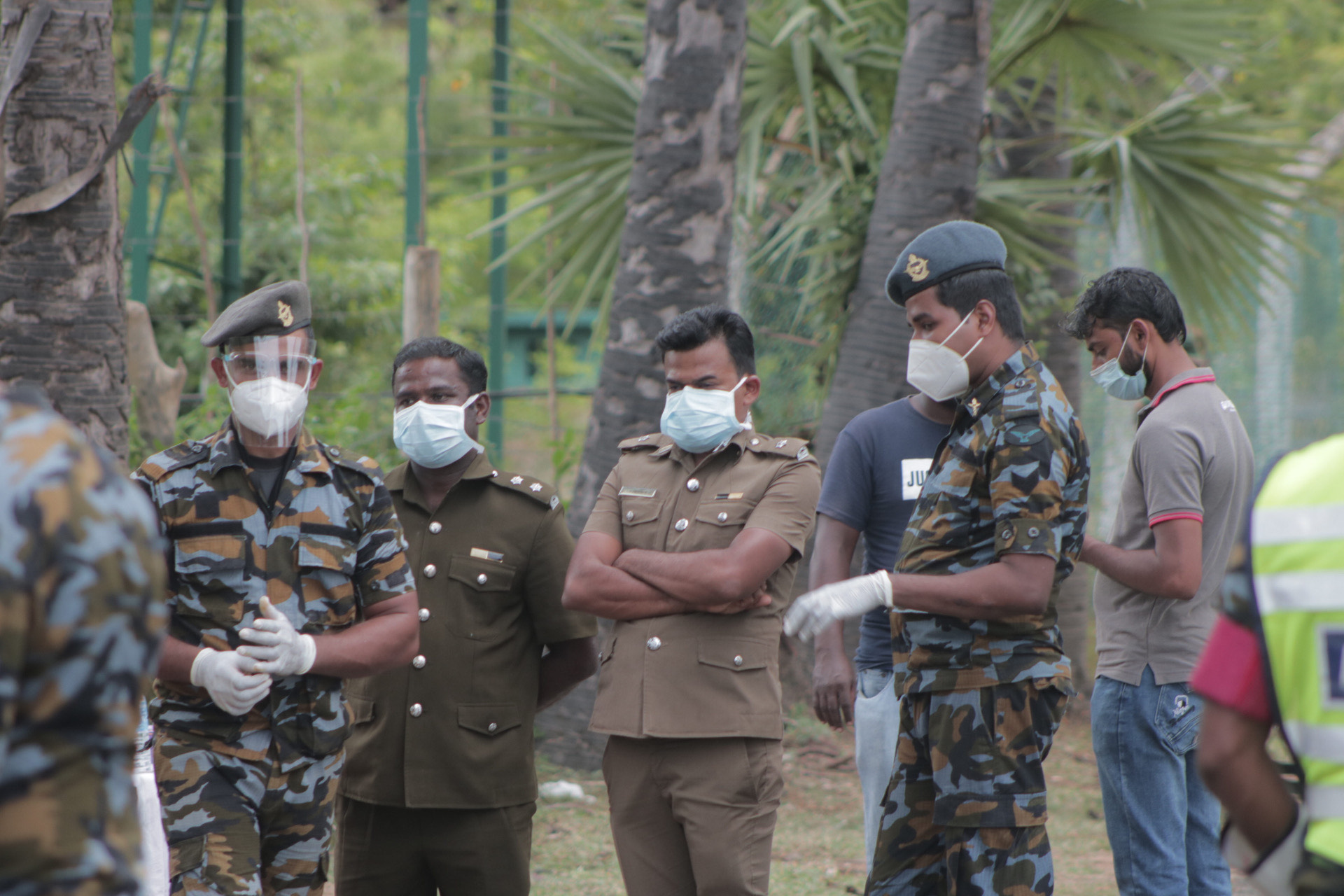 While expressing disappointment about the Air Force not extending its support to the investigations into the unlawful detention of the activists who protested militarization of education, the Human Rights Commission has given Air Force Commander Air Marshal Sudarshana Pathirana five days to respond.

In a letter sent to the Air Force Commander, Human Rights Commission Chairman Dr Jagath Balasooriya says that when a group of officials, including the Commission’s Jaffna Coordinator T. Kanagaraj, visited the Air Force camp on 9 July to conduct an investigation based on a complaint the Commission had received, military personnel attached to the camp had not provided information required for the investigation.

The letter further said that even though the officials of the Human Rights Commission visited the camp on 13 July for the second time, following instructions by the Air Force chief, officers attached to the camp have not provided assistance. This was after Commissioner Nimal Karunasiri informed of the lack of support the Commission received.