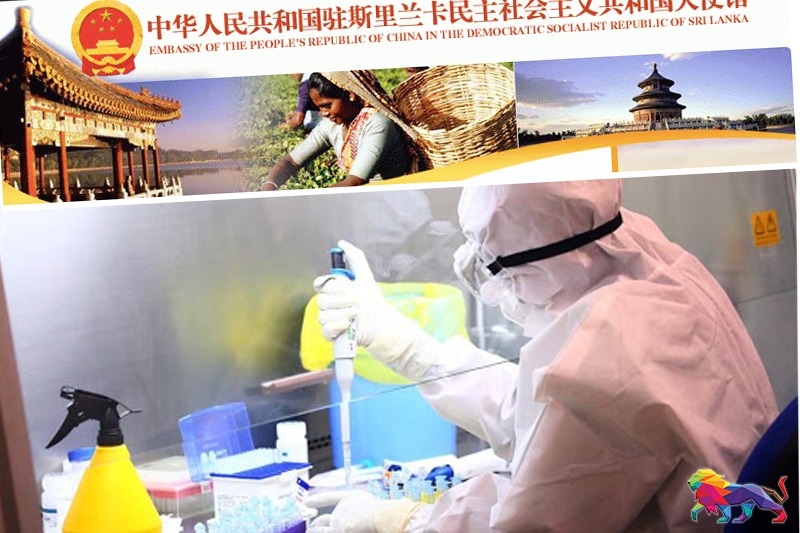 The Chinese Embassy in Colombo has suspended a private hospital from its list of designated hospitals for PCR and IgM antibody tests.

The Embassy said that several passengers from Sri Lanka holding the negative reports of PCR and IgM anti-body tests issued by this hospital were diagnosed as COVID-19 patients after they entered China.

Meanwhile, the President of the College of Medical Laboratory Science (CMLS,) Ravi Kumudesh called on the government to immediately suspend the state officials in charge of laboratory services and regulating the private sector following China’s decision to suspend a private hospital as the designated hospital for PCR and antibody tests.

He further alleged that the reputation of the entire laboratory services in Sri Lanka has been stained due to the suspension of a private hospital by the Chinese Embassy. 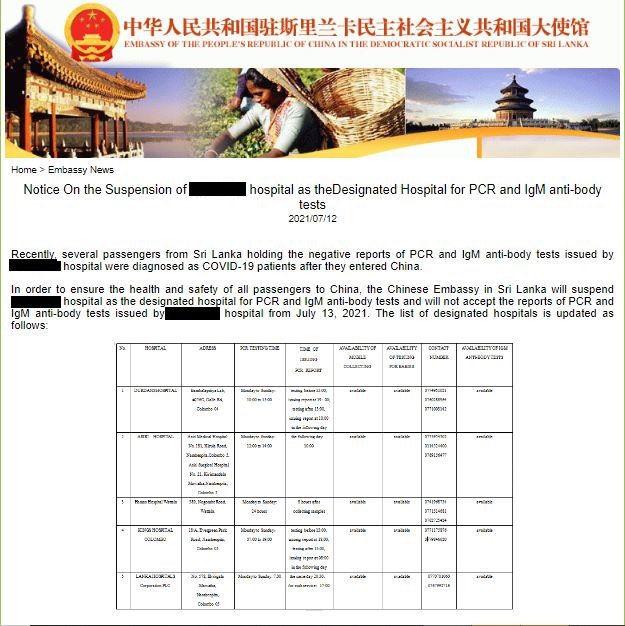