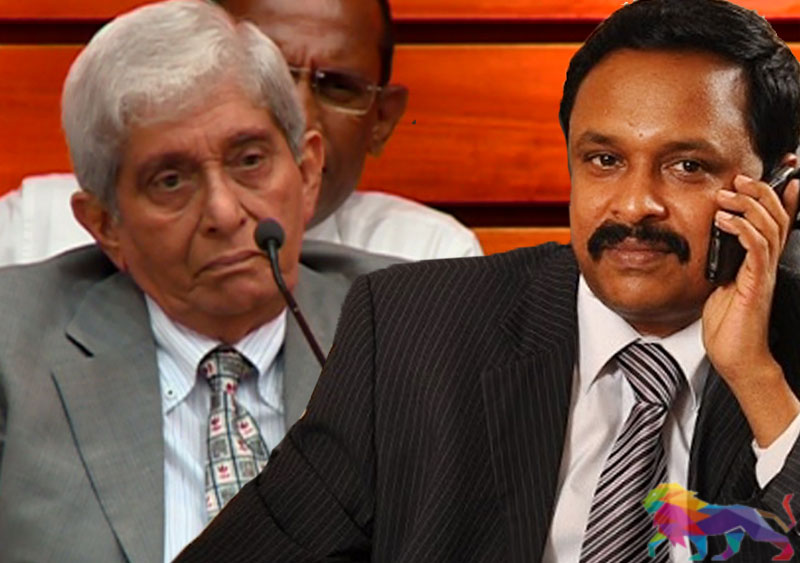 Anusha Palpita, a senior officer in the Sri Lanka Administrative Service, has been appointed as the new Secretary to the Ministry of Economic Policies and Plan Implementation.

Prime Minister Mahinda Rajapaksa, who was recently allocated the newly-created Ministry, had made a request from President Gotabaya Rajapaksa to appoint Palpita as the Ministry Secretary.

Accordingly, the letter of appointment signed by President's Secretary P.B. Jayasundera has been handed over on July 12.

Anusha Palpita served as the Secretary to the Ministry of Industries before retiring from the Sri Lanka Administrative Service due to personal reasons. 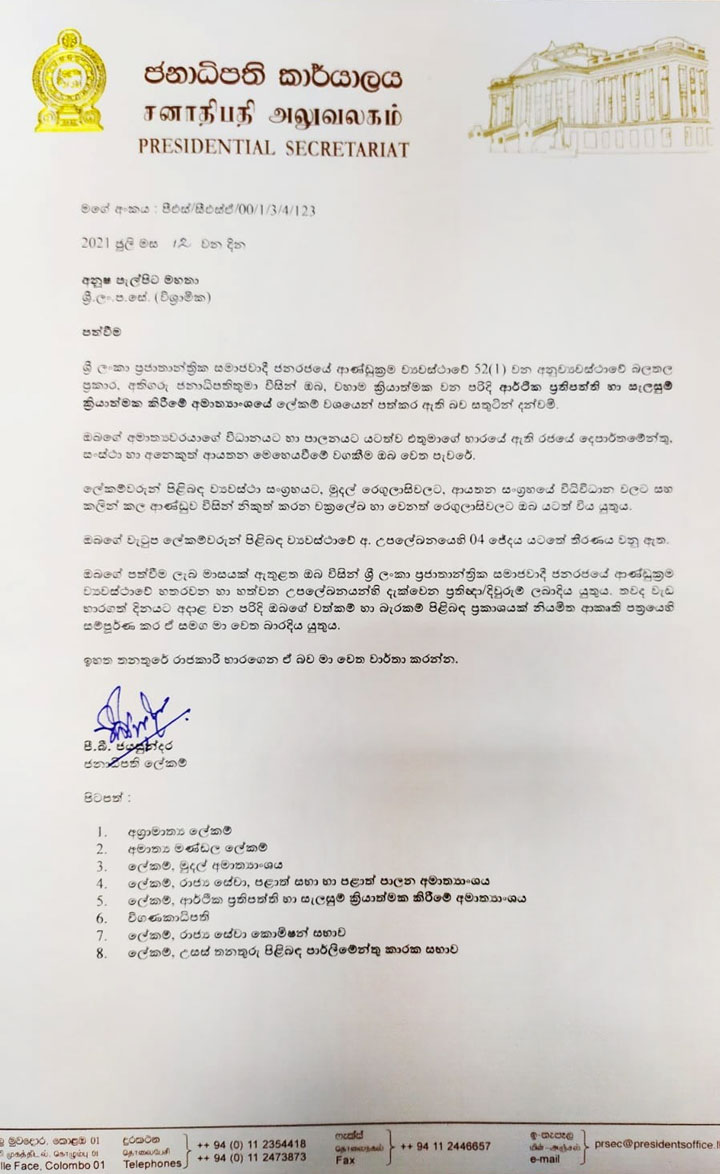 CBSL Governor to be removed?

Meanwhile, it is reported that the President has decided to appoint a new Governor to the Central Bank of Sri Lanka.

Prof. W.D. Lakshman, a well-known economist who served as the Vice Chancellor of the University of Colombo from 1994 to 1999 was appointed Governor of the Central Bank by President Gotabaya Rajapaksa on December 24, 2019.

However, Treasury sources said that plans are afoot to appoint a new Governor and that Prof. H.D. Karunaratne and Prof. Sampath Amaratunga are being considered to head the CBSL.