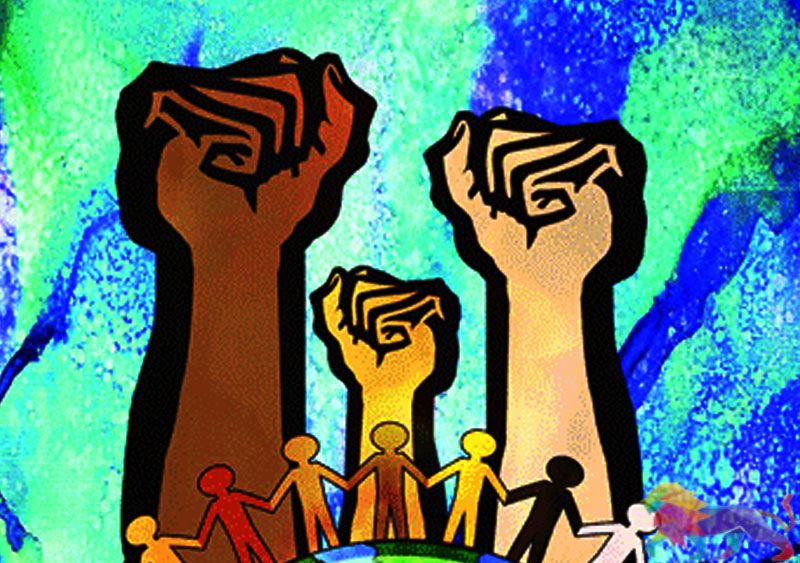 Former Speaker Karu Jayasuriya says that the country can be saved from this catastrophe if experts and authorities can work together in solidarity in the future.

Noting that we can't face reality unless the country recognizes its mistakes and takes corrective action, he urged everyone to recognise the destruction that is taking place now and to work together in order to strive for a better tomorrow.

Addressing a press briefing in Colombo organised by the National Movement for Social Justice (NMSJ), the former Speaker iterated that their intention is not to criticise the government but to simply point out the reality as they believe it to be their duty and responsibility at this time.

Speaking further, the Chairman of the NMSJ said;

"The current situation in the country should not be taken lightly" 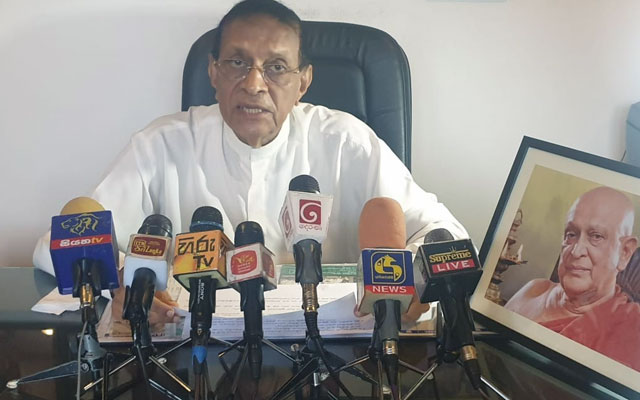 "The World Health Organisation (WHO) has already briefed us in this regard. As such, we are living at a time where the entire country needs to act responsibly and productively.

However, is such an environment visible in the country? Have we as a country acted responsibly despite being fully aware of the dreadful consequences of the pandemic?

Could we have avoided the unfortunate situation we are faced with today by controlling the pandemic better?

Although we need to ask ourselves about such issues, we won't be able to overcome the pandemic by just talking about the mistakes we may have committed in the past.

We can't face reality unless the country recognizes such mistakes and takes corrective action.

Therefore, we must recognise the destruction that is taking place now and come forward together to strive for a better tomorrow.

Solidarity in the face of adversity

The opinion of Sri Lankan experts both here and abroad was to place the country under lockdown for at least a period of two weeks.

As far as we are aware, they had also advised the government to act accordingly. However, the authorities at that time didn't heed the advice of medical experts.

At the same time, the President and the relevant authorities are trying to reach consensus regarding important decisions which we consider to be an important development.

We are confident that the country can be saved from this catastrophe in the future if experts and authorities can work together in solidarity.

Last April, our panel of experts made a number of important suggestions to the authorities.

Inoculate everyone over the age of 10 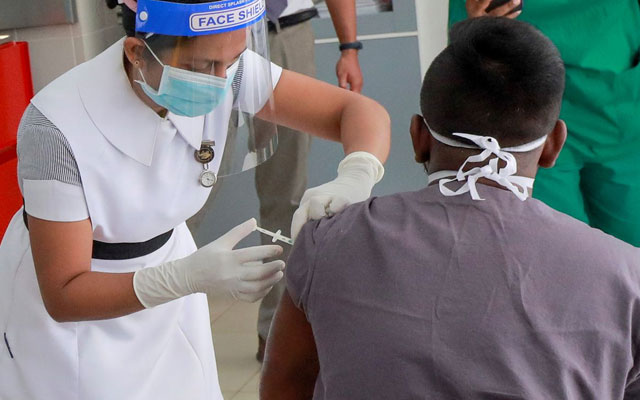 Conduct as many PCR tests as possible.

Inoculating every Sri Lankan over the age of 10 years before December 31, much the same way some developed countries have initiated such programmes. We need 30 million vaccines for this (15 million x 2).

We have already placed orders with China and Russia to bring down 15 million vaccines from each country. Apart from that, we are set to receive another 1.2 million vaccines through the COVAX facility. Sri Lanka has the funds to purchase these vaccines.

The number of vaccines received by the country as of two days ago is as follows.

The government's inoculation drive can be carried out without any interruptions as we are set to receive a large number of Sinopharm and Sputnik vaccines. However, the inoculation programme must be done scientifically devoid of political interference.

According to the Ministry of Health, they have the capacity to administer about 100,000 doses per day. Experts have noted with confidence the ability to complete the vaccination programme successfully by December 31 provided they have a proper long term plan.

Medical experts and authorities reportedly have extended the lockdown until June 14. It is appropriate for all concerned parties to reach consensus and take decisions in this regard. However, using old data that is about a week old to make decisions regarding the future can be futile.

There have also been varying opinions regarding the "Sputnik" vaccine that is being administered in Kandy. 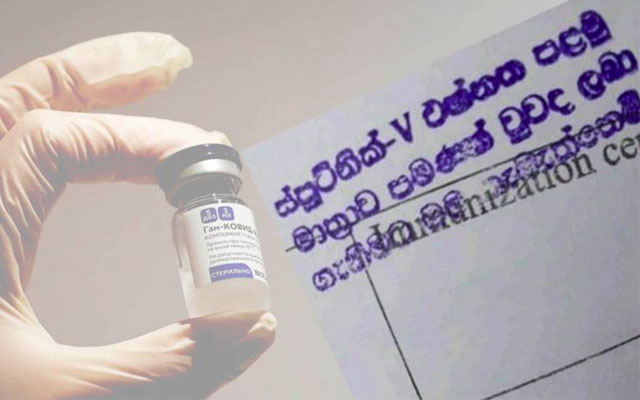 Conflicting statements emanating from the government can mislead the public. Such statements are also detrimental to the sovereignty of the state. This should be corrected immediately.

As our experts have previously suggested, every citizen over the age of 10 should be vaccinated before December 31.

This is how developed countries and their respective heads of state have returned their countries back to near normalcy.

Although we are not in a position to change the President's decision regarding the use of organic fertilizer in Sri Lanka, we would like to comment on the practicality of such decisions.

The majority of Sri Lankans as well as our organisation view the use of organic fertilizer as a very important and noble endeavour.

However, no country in the world has formulated policies regarding the use of fertilizers in such a way that it could be implemented in the span of a few weeks. The scientific opinion affirms that it takes at least 5 years to direct a country towards the successful application of organic fertilizers.

In addition, it has been reported that plans have been made to import organic fertilizer from certain foreign countries. It is likely to cause great damage to the country.

Agriculture is the livelihood of the majority of the rural population in Sri Lanka. We implore the government to resolve this issue in a practical and realistic manner as it could lead to devastating consequences.

Many news reports from all corners of the island have underscored the strong opposition and public outrage regarding the government's hasty decision.

Therefore, we urge authorities to seek the views of farmers and relevant stakeholders in the formulation of policies regarding fertilizers the same way they heeded the advice of medical experts in its fight against the Covid pandemic. 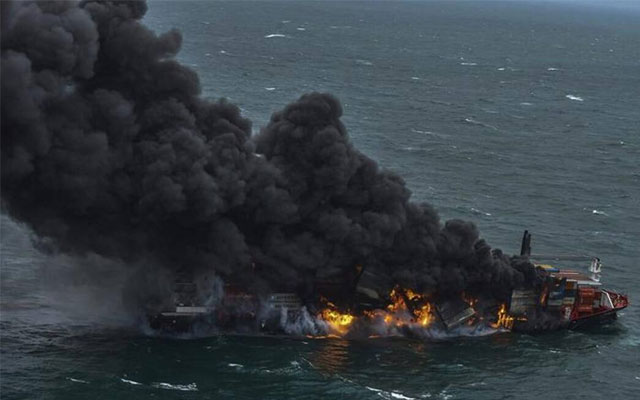 At a time when the country is facing an unprecedented challenge in the form of a pandemic and needs to focus on making wise decisions, it seems we are voluntarily accommodating additional disasters.

The absence of a responsible decision making process has pushed the country towards further destruction.

We are experiencing the devastation caused by allowing a ship to enter our territorial waters which had been denied entry by authorities in two other countries.

Experts are of the view that the environmental damage caused by the fire-struck X-Press Pearl is irreparable and would affect many future generations.

The government must conduct a thorough investigation into this incident with the assistance of relevant experts. There should be no room for political interference.

At the same time, there should be no room for crony capitalists to take advantage of such tragedies.

A few years ago, the United States reportedly received USD 4 billion from a well-known oil company. The authorities must ensure that there is no undue interference from any party."