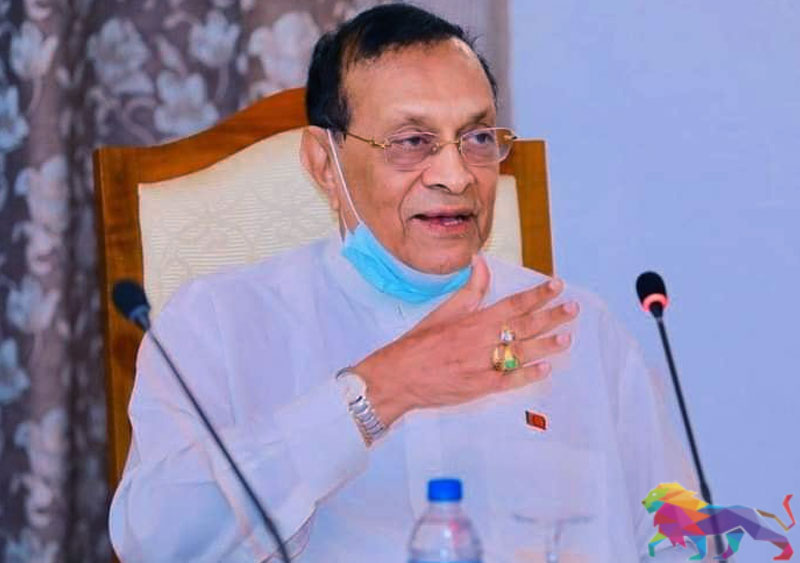 When the entire country has been pushed into a major crisis amidst a surging pandemic, it is time for all to dismiss politics based on hatred and revenge and form a united front, the Chairman of the National Movement for Social Justice (NMSJ) Karu Jayasuriya said.

The former Speaker pointed out that all forces that hope for a prosperous future for the country must come forward together in order to overcome this crisis.

Reiterating that all political parties and civil society organisations in the country have a huge responsibility towards that, he further said; 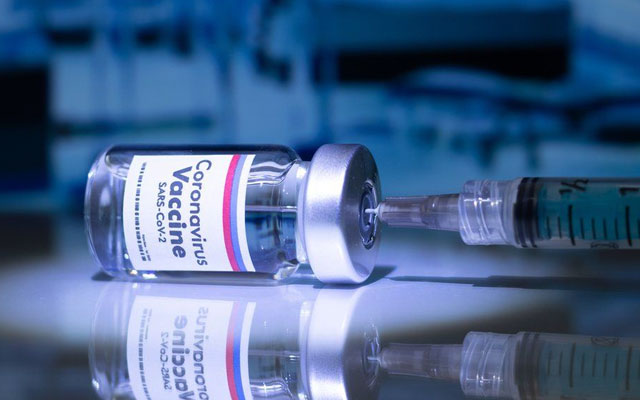 "We have seen some positive signals during the past week that showed we still have some hope left. We saw many parties publicly express their support for the Government's commitment to fight the Covid-19 pandemic.

Leaders of a number of political parties as well as a number of civil society organisations have publicly affirmed their support.

All religious leaders, including the Maha Sangha, had intimated that they would extend their blessings to such a noble cause.

These developments are very positive and creates optimism for the country. The people of this country also have high expectations.

Such an environment is rarely created in the country. In such a situation, the President should have extended the hand of friendship to all. Uniting as one, they should create a plan to save the country that has been engulfed by the pandemic. It is still not too late for that.

If such a sincere effort is to be made, it must be carried out according to a specific plan and programme. We are confident that we can overcome this crisis through such a strategy. There are a number of goals that needs to be fulfilled to realise such an endeavour. 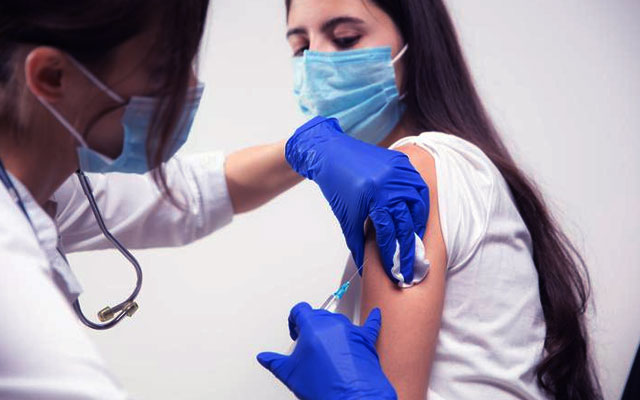 Every citizen over the age of 10 must be vaccinated

The first step will be to inoculate every citizen over the age of 10 in this country before December 31, 2021. The country's inoculation drive should target around 15 million people.

We have consulted and exchanged ideas and recommendations with internationally recognized experts in the health sector, the World Health Organization (WHO), ambassadors, medical experts in countries that have successfully dealt with the Covid pandemic as well as our political colleagues from various nations during the formulation of these proposals.

Will we be able to accomplish this? Many in the diplomatic community have emphasized that it is not difficult to realise our goals if we deal in good faith with the rest of the world. In our experience, it is the same.

The Government has to come forward for that.They must be flexible.

In such an operation, we should first focus on securing around 30 million Ciovid-19 vaccines.

In addition, we are also expecting to receive a stock of the Sinopharm vaccine soon. It is also reported that a Chinese company is planning to establish a vaccine manufacturing plant in Kandy next month.

Accordingly, we need to acquire another 28,235,000 doses of the vaccine to meet our requirement of vaccinating every citizen over the age of 10 years. (Slight variations with regard to these statistics may occur).

We have the ability to raise the necessary funds. What is needed is proper planning coupled with sound management.

We should try to utilise foreign grants and assistance as well as through foreign loans. In addition, we can get the support of the people of the entire country. In particular, the country's business community can also be involved in this process.

As far as we are aware, a good portion of leading companies including banks, insurance and communications companies, recorded some of the largest profit margins ever during this year. At a time when the country is facing such a national catastrophe, such institutions will be motivated to carry out their civic duties and responsibilities. Accordingly, we can partner with them to find around USD 500 million that is required to attain our goals.

There are other avenues that we could take to realise our targets. The proposal to manufactures vaccines in Sri Lanka is one such method. Providing vaccines through private hospitals is another option.

As such decisions have national implications, it is imperative that we do it with the full consent of Parliament. All political and civil forces must contribute to towards this end.

First of all, we would like to emphasize that the National Movement for Social Justice fully endorses such an endeavor. That is our fervent hope.

Irrespective of the power the ruling party may command in executing such a national responsibility, it would be difficult to take action without the support of the Opposition political forces and the people of the country.

Many sections have inquired whether they could expect such actions from a Government that already boasts a two-thirds majority in Parliament.

It is clear that such reservations are justified in the wake of a statement made by one of top leaders of the Government where he called on the Opposition to inform them in writing regarding the need for an all-party agreement.

As the former Speaker, our proposal to conduct an all-party conference was realised when two such conferences were held in March and April under the patronage of Prime Minister Mahinda Rajapaksa.

The absence of His Excellency the President at these meetings made it difficult to reach consensus and as a result it became a failure.

Further, the Government's sole objective at that time was to curb the spread of the coronavirus and failed to come up with a long term plan to deal with pandemic. Today we propose a complete vaccination programme.

Everyone must understand that in order to face such a pandemic successfully, all forces in the country must give their consent and participate in this. 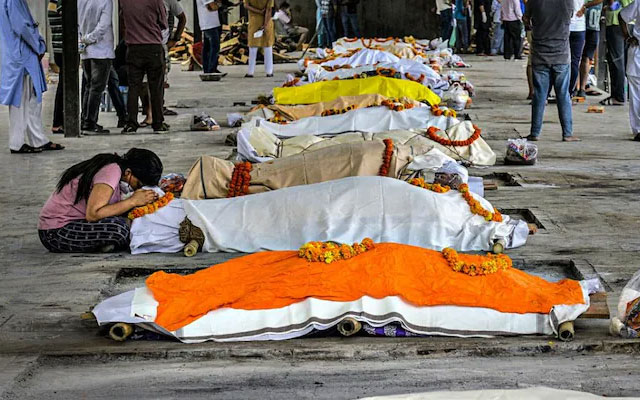 That is why Indian Prime Minister Narendra Modi has invited the Opposition to help the Indian government's efforts to cope with the Covid crisis. As a country, we too must understand that responsibility.

Therefore, the President and the Government must clarify their stance to the general public. There are three main points that we as an organisation would like to inquire.

1) Does the government expect the support of the Opposition and civil society organisations to defeat the deadly pandemic engulfing the country?

If the answer is yes where the Government is ready to overcome this challenge through collaboration, then the Government must be honest about changing the narrow political strategies that could hinder such a joint mechanism. Entire process must be democratic in nature. Accordingly, the answer given by the Government to the second and third questions that we have is very important.

2) Will the Prime Minister's recent resolution based on the so-called recommendations and proposals of the Presidential Commission of Inquiry into Political Victimisation be tabled in Parliament? Will the Government continue to pursue a policy that could wreak havoc on democracy and the rule of law in this country?

3) Will the Government release political prisoners who have been taken into custody on various charges simply to further their narrow political agendas but are yet to be formally charged in Court ? Will they release these political prisoners including politicians, government officials and police officers who have been languishing in prisons for a long period of time now in the name of humanity and justice? The Government must also understand that the death of suspects in police custody will tarnish the image of Sri Lanka.

The Honourable President must address these allegations directly as soon as possible. In order to mobilize all forces on a nationally important issue, it is necessary to move away from narrow political objectives.

Therefore, the Government must pay close attention to this and take measures to rectify these shortcomings immediately.

We also urge the Government to avoid arbitrary decision making at a time when the country is facing a serious pandemic. The Government's refusal to heed the request of not conducting the Parliamentary debate on the Port City at this moment cannot be accepted. 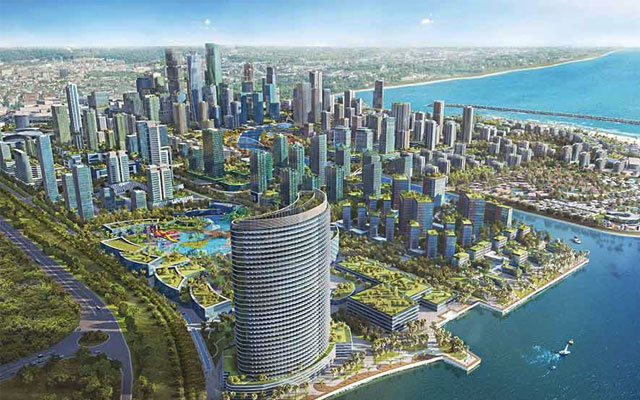 We also acknowledge that the Opposition parties' request was extremely justified.

The Government should have listened to that request if it had acted in accordance with the traditions of democratic governance.

It is in the best interest of the country to develop the Port City. However, the laws and special provisions imposed for this purpose should not harm the sovereignty of the country.

All Opposition political forces in the country have stated in Parliament that the Government's aspirations and actions require clarifications. It is a very reasonable and justifiable request.

As a civil society organisation, we too hold a similar position. For those of us who have experience working in the private sector,  we understand the value of foreign investment coming into the country through the Port City project.

As we all know, large investors in China as well as in Europe, Japan and the United States have expressed their interest in investing in the Port City.

However, their interest seems to have faded due to the anti-democratic policies practised by the Government with regard to the passage of this bill.

In a country where democracy is abused or where there is no rule of law, reputable investors will not come forward to invest in businesses. We also believed that with had we proceeded with a proper plan, we could have created a successful investment zone as seen in Hong Kong, Dubai and Singapore through the Port City.

In addition to all these facts, there is one more thing that has caught our attention. 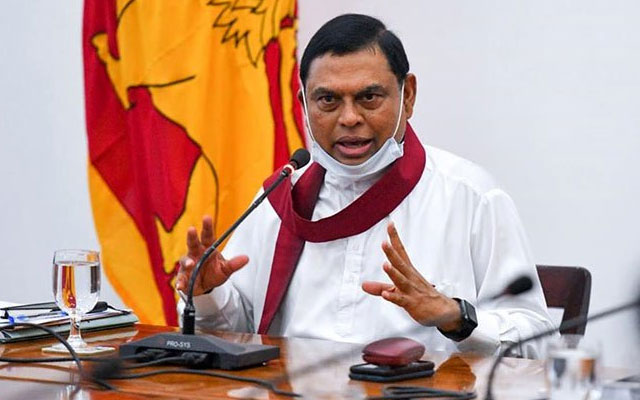 The Head of the Presidential Task Force established to direct, coordinate and monitor the delivery of continuous services for the sustenance of overall community life amid the pandemic

We struggle to understand the abrupt departure of former Minister Basil Rajapaksa, who is the head of a number of task forces including the task forces responsible for controlling the Covid pandemic and economic revival.

When close family members have publicly stated that he had no illness that warranted medical treatment abroad, it seems that there is a great deal of resentment among the public about his sudden departure in this manner.

It is an insult to the people of the country as the person who had been entrusted with a special and decisive role with regard to governance in the country could act in this way, especially at a time when the the country is at a critical juncture in the midst of a pandemic.

Considering the responsibilities assigned to him, it is clear that a large number of Cabinet Ministers, State Ministers as well as the Commanders of the Armed Forces, the IGP and senior government officials are working in institutions and task forces under his purview.

Although we are not surprised that this is happening in Sri Lanka today, we have never heard of such an administrative unit functioning in any democratic state in the world.

It is the duty of the Government to explain how a person who has been entrusted with such a special responsibility could leave the country during a crisis.

However, as an organisation that loves the country and stands for its prosperity, we present these suggestions with noble intentions.

It is the responsibility of the Government to focus on these proposals and work for the benefit of the people. In order for these proposals to be successful, the programme should be operated under the supervision of His Excellency the President."