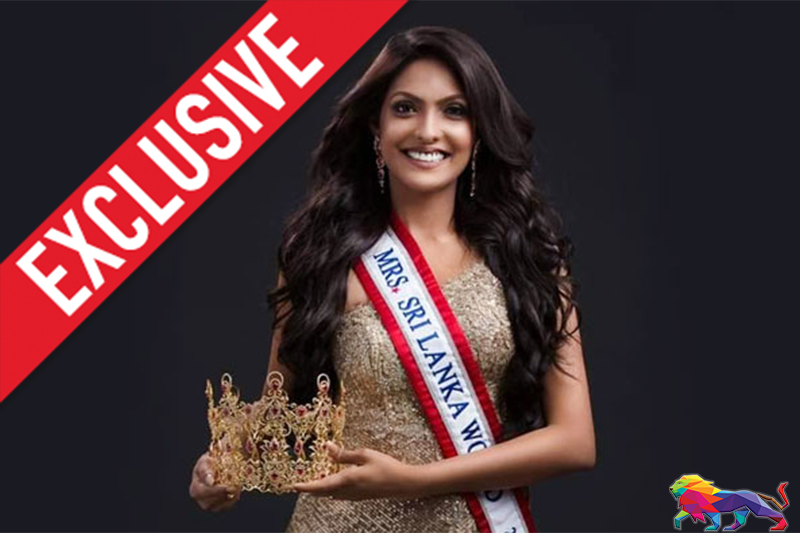 The reigning Mrs. World, Caroline Jurie, has resigned her title after she was involved in a controversy at the Mrs. Sri Lanka pageant held at the Nelum Pokuna Theatre recently.

Caroline Jurie became a controversial figure grabbing headlines on local and foreign media after she removed the crown off Pushpika de Silva, who was declared the winner of this year's Mrs. Sri Lanka pageant and awarded it to the runner-up instead.

In a letter to Mrs. World Inc., the governing body of the Mrs. World pageant, 28-year-old Caroline Jurie announced that she will officially step down from the title of Mrs. World 2020.

The letter titled "Stepping down from the title of Mrs. World 2020" further states that,

I wish to begin by stating how grateful I am to Mrs. World Inc. for the support and encouragement shown to me throughout my tenure as Mrs. World 2020. The journey to achieving the Crown was a tough one, and I am eternally grateful for all the people in my life who helped me every step of the way.

In my tenure as Mrs. World 2020, I worked towards empowering all women and children. The crown gave me a foundation to start working towards this purpose. For this, I will eternally be grateful.

As you may be aware, I was hardly in the fashion or modeling industry and only entered for the first time when I contested at the Mrs. Sri Lanka World 2019 pageant. I never quite understood the tricks of the trade, so to say. What I do believe in and understand, is to stand for justice and fair play.

Sri Lanka is a beautiful country, a land worth visiting at least once in a lifetime. I love and respect my country very much. I will always stand by her.

In my position as the reigning Mrs. World, I could not ignore the influence, high-handedness and the unprofessionalism in the run up to the Mrs. Sri Lanka World 2020 finals.

I raised my concerns from the day I sensed something was not right. As a final act of recourse, I stepped down from the panel of judges on the 3rd of April 2021 with the e-mail I sent you, which outlined the reasons for my action.

As for the contract attached, the Mrs. World competition is a stage for married women who strive to achieve and conquer their dreams. Mrs. World represents mothers and wives; who believe in their dreams, whilst holding the family unit together. Mrs. World does not represent unwarranted influence over its rules and regulations, injustice or unfair play.

I stood up for every contestant who walked up on that stage expecting to be treated fairly. My conscience was always in the right place. There is nothing I would have gained by trying to embarrass one contestant on stage. In hindsight, I would have handled the situation differently, to bring to light the injustice and not focus on the dramatics.

I stand proud today, knowing that I stood up for what is right. I believe the Mrs. World Crown stands for a purpose. I know Mrs. World Inc. does not condone malpractices. Therefore, wearing the Mrs. World Crown and holding the title on unfair grounds go against the purpose of ensuring a fair and equal stage for every woman.

I thank you for all the support, encouragement and love shown to me throughout my tenure.

My beautiful country deserves this wonderful opportunity to rise up above the setbacks of the Covid-19 pandemic.

I will continue to serve the purpose. 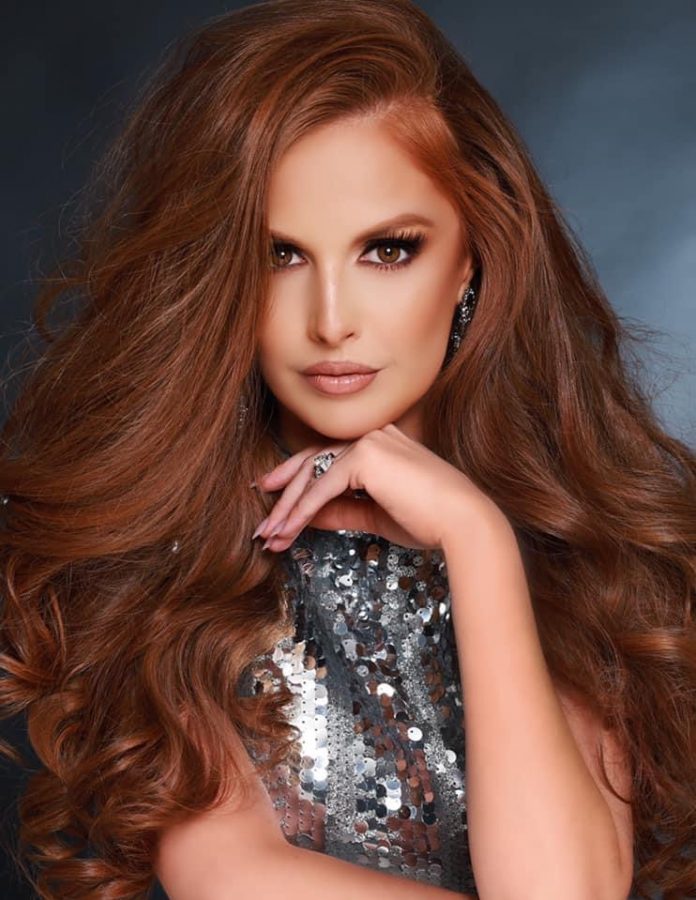 Meanwhile, Kate Schneider of Ireland, the runner-up in the 2020 contest which Caroline Jurie won, will be the new Mrs. World 2020, Mrs. World Inc. said in a statement.

"Her voluntary resignation decision was made solely by Caroline herself. We wish Mrs. Jurie and her family, all the best in their future endeavours," the organisation said. 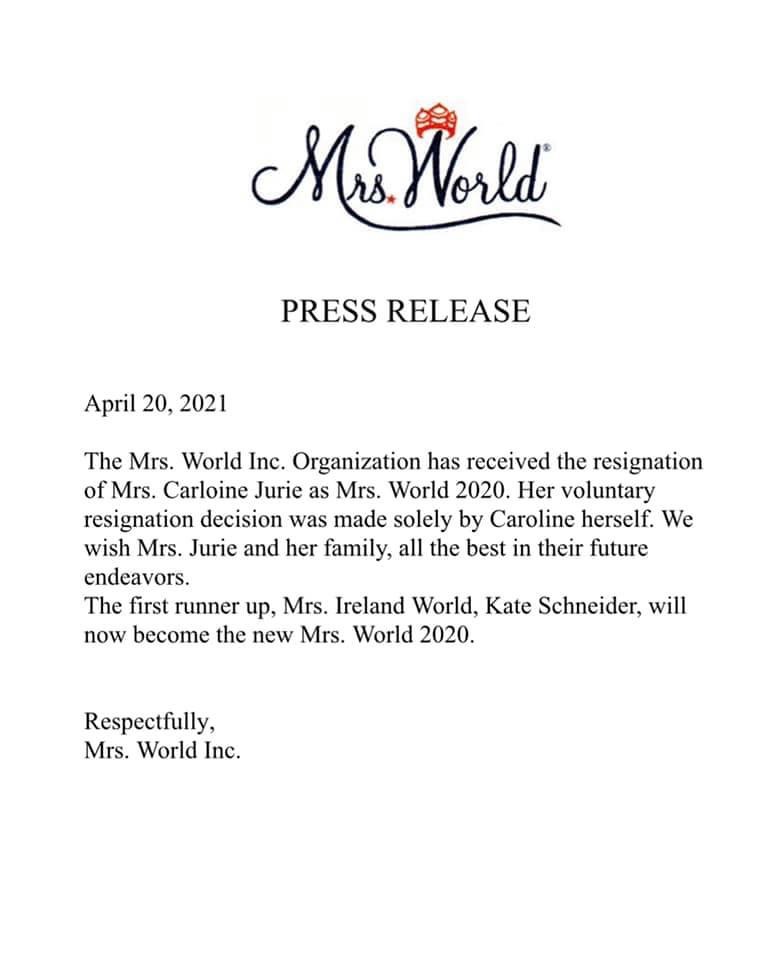 Caroline Jurie said that she had decided to relinquish her crown in a video that was released to the media on April 09.

"I am now ready to handover the crown," Caroline Jurie said in the video, reiterating that a crown has to serve a purpose.

"After all, one fair chance is all a woman needs," she added.