A special discussion forum organised by the National Movement for Social Justice was held at the Janaki Hotel in Colombo yesterday (04).
Although all parties and civil society organisations affiliated to the opposition were represented, Opposition leader Sajith Premadasa and UNP leader Ranil Wickremesinghe had not taken part in the discussions.
It was also reported on social media that an opposition heavyweight was actively trying to sabotage this event.
In this backdrop, the Chairman of the National Movement for Social Justice (NMSJ) Karu Jayasuriya said that their organisation was coordinating this special discussion forum to contribute to the realisation of the strong determination of the citizens of this country to defend democracy and build a better country for the people.
Speaking further, the former Speaker said that,
'No intention of fielding a common candidate'

"First of all, I would like to emphasize one point here. That is, the National Movement for Social Justice has no intention of gaining political power.
We do not have a need to form political parties. Neither do we have a need to field common candidates for elections.
We are doing all this to contribute to the realisation of the strong determination of the citizens of this country to defend democracy and build a better country for the people. Therefore, please do not misunderstand our sincere efforts.
'Masses are against the 20th Amendment'
After the last Presidential and General Elections, our organisation had to engage in greater social intervention. Especially with the introduction of the 20th Amendment, we could not remain silent.
As responsible citizens, we cannot remain silent in a situation where democracy in this country is on the verge of death due to the immense powers that the 20th Amendment has been handed to one person.
In such an environment, when the rights of the innocent common people of this country are being trampled on, when the entire state apparatus is being indiscriminately politicized and as the entire economy of the country is being pushed to a huge abyss by one person and a group of cronies around him, we have had to become more and more active.
We also know that the vast majority of the people in this country do not agree with the 20th Amendment.
Also, all other religious leaders in this country, including the Most Venerable Maha Sangha, as well as all sections of the society living in this country who love the country have come to this united conclusion. That is the clear idea that the 20th Amendment should be repealed. 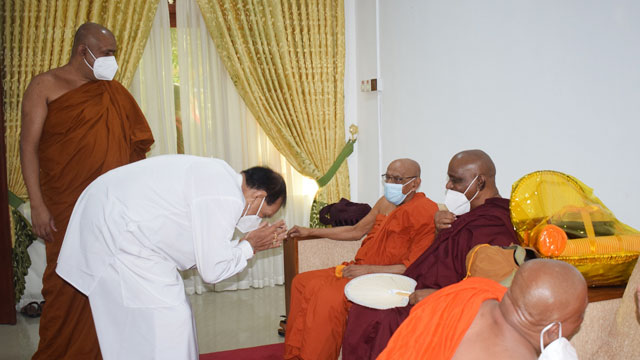 "The views expressed by all, including the Maha Sangha, gave great impetus to our organisation. It has also been a blessing."
As we have been informed, according to the results of a number of surveys conducted in this country, 80% of the people who participated in the relevant surveys do not approve of the 20th Amendment.
The 20th Amendment is accepted by only a limited number of 20% of the population.
We hope that the government authorities will pay attention to this situation. Those who are proud of the power of the two-thirds majority obtained should understand these realities.
Also, this conference is being held in response to the requests we have received from various sections of the society during the past few months. We respectfully accepted that responsibility as our duty. It was done with good intentions.
Three special lectures will be held today on the large-scale destruction caused to society by the 20th Amendment. We hope that this will shed more light on the breakdown of the public service, the contempt of the judiciary and the harassment of trade unions and dissidents. We also consider it our duty to educate the people of this country on several other important issues.
Provincial Council Elections?
It is reported that the government is keen to hold provincial council elections in June. How should we understand this urgency?

This situation has come under intense scrutiny from many parties hoping for free, fair and peaceful elections. Many members of the Election Commission have also informed us of these concerns.
They emphasize to us that in view of the present composition of the Independent Commissions, it may be futile to expect free and fair elections.
We are of the same opinion. Every commission except the Finance Commission has powerful political meddling.
The majority opinion today is that these commissions should be re-elected with the consent of the Opposition. One greedy person has set up these commissions to form a dictatorial government and stay in power forever.
After the introduction of the 17th Amendment in 2001, the elections held up to 2015 were peaceful compared to the past. The 2019 Presidential Election and the 2020 Parliamentary Election were held in the most exemplary manner under the democratic cover created by the 19th Amendment. In the current environment, holding such an election is unthinkable.
'Upali Abeyratne Commission could turn this country into a river of blood'
Furthermore, the people of this country condemn with contempt the absurd proposals of the Upali Abeyratne Commission which have caused controversy throughout the country.
As we mentioned earlier, some power hungry politicians want to wipe out dissidents from the political map. 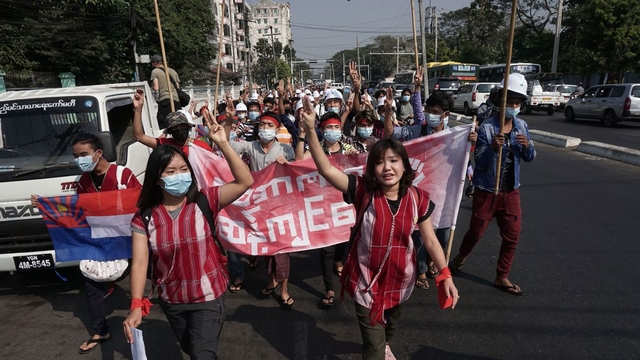 Today, it is the young people in their 20s who are taking to the streets and sacrificing their lives against the dictatorship in Myanmar.
We should never allow such a situation to arise in our country. It is the responsibility of the entire people of this country.
The Upali Abeyratne Commission is a serious insult to our judiciary. We hope that the Hon. Chief Justice and the Hon. Courts will pay close attention to these matters.
Do not let the dignity and trust earned by the Supreme Court to be lost. This is the request of all of us who love the country and aspire for an independent judiciary in this country.
There are many facts but I mentioned these few things with great sorrow about the direction in which this country is heading today.
This conference was held with the special permission to at least accommodate a limited number of participants because we have to explain these facts to the people of this country to save the country and the people from future destruction.
There may be differences of opinion between us, but it is imperative that this country which is being ravaged be liberated from it.
Handing over a successful and good country to the next generation has become our greatest responsibility. Let's join hands for that.
The role of the National Movement for Social Justice is to coordinate to arrive at a national consensus," Jayasuriya said.
Former Ministers Mangala Samaraweera, Patali Champika Ranawaka, Rishad Bathiudeen, Mano Ganeshan, Palani Digambaram, Rajitha Senaratne, Kumara Welgama along with many other dignitaries including public servants, lawyers, civil society representatives and artists attended the forum.