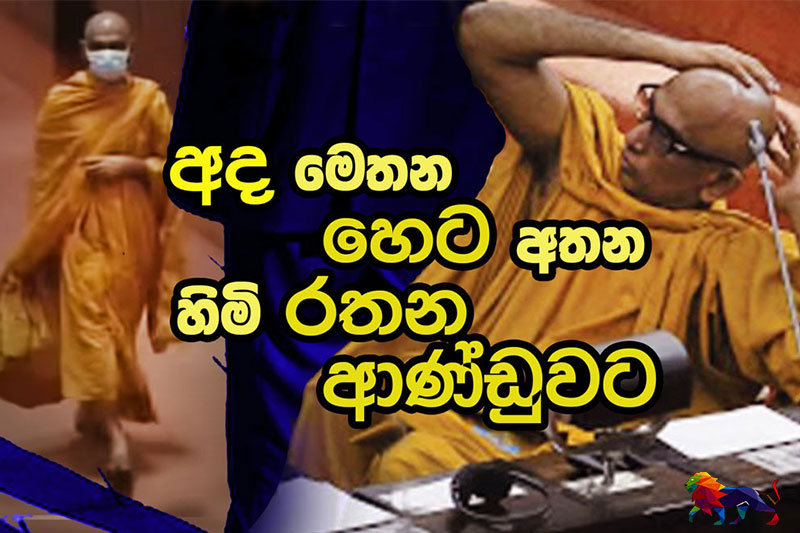 Ven. Athuraliye Rathana Thero, who was appointed by the ‘Our Power of People Party’ (Ape Jana Bala Pakshaya) to fill its National List seat in Parliament has decided to join the ruling coalition soon, sources in parliament said.

They further said that relevant documents in this regard have been handed over to the Secretary General of Parliament.

Although political circles were speculating that SLPP National Organiser Basil Rajapaksa had played the role of mediator to resolve the lengthy dispute between Ven. Athuraliye Rathana Thero and Bodu Bala Sena (BBS) General Secretary Galagoda Aththe Gnasara Thero regarding the party's national list slot, our sources however, dispelled these as rumours and stated that Basil Rajapaksa wasn't interested in bringing Ven. Rathana Thero back to Parliament.
According to sources, the owner of a reputed media institution in the country and a senior police officer had intervened following a request by the President.

However, some powerful government members have observed that it would be wise to allow Ven. Rathana Thero to function in the opposition and support the government's initiatives instead.
The Leader TV Feature on Ven. Athuraliye Rathana Thero is found below.