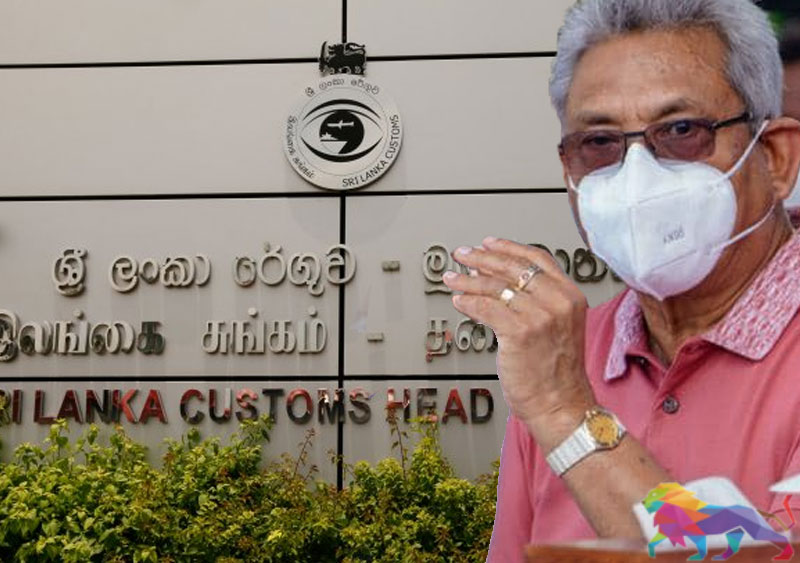 President Gotabaya Rajapaksa has instructed all employees at the Department of Customs to commit themselves towards a positive transformation of the department before the end of the first quarter of this year.

If the Customs Department fails to show progress in this regard, the President will be forced to implement alternate restructuring measures, albeit reluctantly, Secretary to the President, Dr. P.B. Jayasundera has informed in a letter to all employees at the Department of Customs.

The letter from the President's Secretary also stated that all employees should work as a cohesive unit in collaboration with the Director General of Customs to ensure that the import and export trade is free from corruption and irregularities while focusing on executing effective mechanisms with regard to revenue and regulatory processes.

Dr. Jayasundera noted the strong disapproval and frustration against the Department of Customs over various issues raised by entrepreneurs engaged in the import/export trade, policy makers and independent audit reports.

Allegations have been levelled against the Customs Department for engaging in fraudulent import and export transactions, including transactions related to private bonded warehouses, with the support of certain businessmen and Customs officials.

Therefore, the President has appointed a new Director General considering the current plight of the department and there has been some progress since his appointment. However, the effective and efficient transformation that is expected can't be achieved by only a few dedicated officers including the Director General, the letter stated, adding that the entire department should commit themselves towards this endeavour.

The letter further stated that President Gotabaya Rajapaksa is adamant that a responsible government can't sustain this status quo. However, the Additional Director General of Customs and media spokesperson Sunil Jayaratne has told the state-owned 'Dinamina' newspaper that the Sri Lanka Customs Department had carried out raids amounting to Rs. 251 million even amidst challenging conditions posed by the Covid-19 pandemic.

He also said that the department had conducted raids involving narcotics worth over Rs. 141 million.