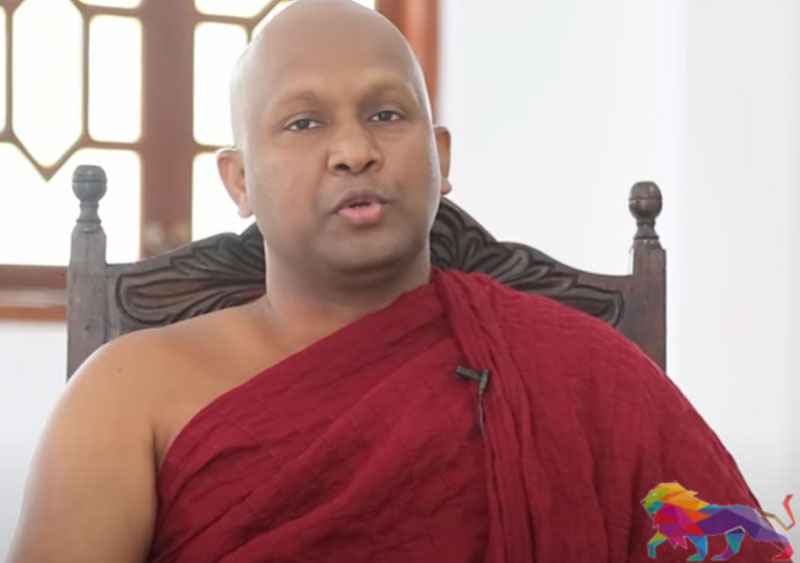 Pointing out that President Gotabaya Rajapaksa has 'failed' to a certain extent, the General Secretary of the 'Sinhale' organisation, Ven. Madille Pannaloka Thero said that the
Millennium Challenge Corporation (MCC) agreement's Sri Lanka agent Basil Rajapaksa will excel in his role and send the President home soon.

He said that President Gotabaya Rajapaksa is now surrounded by a 'Born Again' gang and an Islamic extremist group and noted that the President is making decisions according to the wishes of these groups.

He alleged that the members of the Buddhist Advisory Council convened by the President once a month consisted of news mongers and quidnuncs. "We aren't invited. They are scared because we tell the truth," he said.

Ven. Pannaloka Thero made this allegation while participating in a discussion with journalist Chamuditha Samarawickrema.

Strongly criticising the recent actions of Ven. Galagoda Gnanasara Thero, the General Secretary of the Bodu Bala Sena (BBS), he said that Gnanasara Thero had accepted money pumped by Muslim extremists and that he had betrayed their national movement.
Ven. Pannaloka Thero further alleged that Justice Minister Ali Sabry's brother had visited the temple of Ven. Magalkande Sudaththa Thero and tried to make a 'deal' and that a person by the name of Kanishka Nadarol from the Samagi Jana Balawegaya (SJB) had come to meet him.

"They are trying to buy us now," he said.