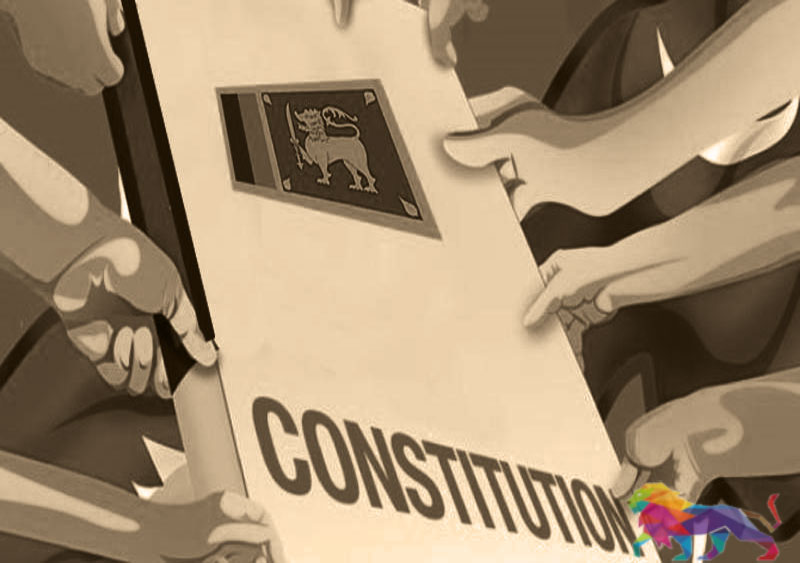 It can be said that at present, Sri Lanka is caught up in an evil trap that carries the country towards an inescapable devilish collapse.

In this article I wish to propose a way out from this trap based on a strong social effort without causing serious harm to the country and the society.

The present impasse created by this trap, if not arrested, could cause a huge destruction to the country and the society. Therefore, the political movements as well as the people must pay their serious attention to find a way out of this terrible situation.

(1) Sri Lanka is now in an extremely dreadful and gloomy situation where the survival of the state itself and its socio-political and economic wellbeing are facing a critical crisis.

(2) Despite the fact that the current crisis could be overcome by far-sighted policies, the government is engaged in pursuing a stupid and destructive policy that leads to exacerbate the crisis and maximize the damage to the country and the people.

Although, the President has been compelled to relax his tough policy on this issue in the face of the firm stand adopted by the experts of the subject in the field of agriculture against this wrong and stupid policy, it is still being pursued in diverse forms regardless of the extensive damage it has already caused in a short period of time which is obvious.

Consequently, Sri Lanka's agriculture is now in a state of moving towards a sweeping collapse. The country is being pushed to a point where even rice, which can be considered the staple food, has to be imported. Obviously, there is a real danger of the country facing a severe food shortage and famine.

The absurd policy adopted in regard to the balance of payments crisis can be seen as the second example that illustrates the degree of stupidity, arrogance and destructive approaches of the ruling party. The International Monetary Fund (IMF) is an institutional mechanism set up to address the balance of payments issues facing member countries of the United Nations.

Sri Lanka is a member of it. Sri Lanka has obtained loans from the IMF, in the past, on 16 occasions when it faced balance of payments crises to overcome them.

On two special occasions viz at the end of the second JVP insurrection and the LTTE rebellion, Sri Lanka depended on the IMF for loan facilities to overcome the balance of payments crisis it faced.

Even after Gotabaya Rajapaksa came to power, Sri Lanka could have been able to overcome its balance of payments crisis by obtaining loan facilities from the IMF. But the president vehemently refused to go to the IMF and sought to repay the loan installments through a policy of slashing imports. This stupid program has exacerbated the balance of payments crisis and further intensified the downward trend of the productive and manufacturing sectors of the economy. Consequently, Sri Lanka has now reached the point of being on the verge of bankruptcy.

(3) Sri Lanka and its people have been put into great risk by the pursuit of arbitrary methods for solving certain problems facing the country when there were accepted better methods that have been used successfully in the past in solving them.

This situation can be compared to an instance in which a driver carrying a load of passengers in a bus drives recklessly in a confused state of mind endangering the lives of the passengers travelling in it.

In such a situation, the commuters have the right to use force and stop the driver for their safety of life if the driver does not listen to the passengers.

Now, Sri Lanka is in a similar situation. The Constitution of the country has been formulated in such a way that there are no effective provisions to rectify the situation when the head of State commits catastrophic mistakes and misdemeanors. The impeachment process to remove a President who commits serious offenses has been designed in such a way that no matter how serious the offense, the President cannot be removed from office. 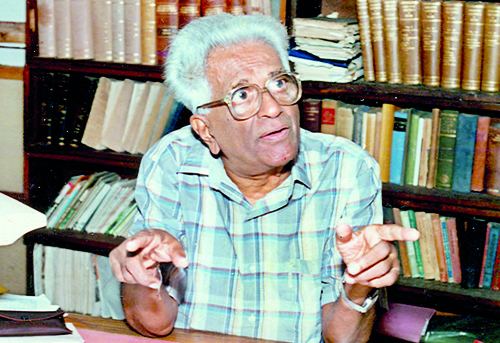 According to the late Dr. Colvin R de Silva, an expert of Constitutionalism and a former minister of Constitutional Affairs, in terms of the present constitution of Sri Lanka, it might take more than two years to remove even an insane president from his office.

It is important to note that none of the proponents of constitutional reforms has made any attempt at least to make the only process available for removing a president who commits serious offenses between two presidential elections, from his office, a practical procedure. Regrettably the Parliament too, has not shown any interest in it.

(4) The current dilemma of Sri Lanka, in the political sense can be summed up as follows. The President, knowingly or unknowingly, is engaged in managing the crisis in an arbitrary and unprofessional manner plunging the country into a catastrophic disaster not easy to rectify.

The impending state of bankruptcy of the country will result in a complete breakdown in the functioning of the state and plunge the country into anarchy.

Although the crisis had caused difficulties and created oppressive conditions, at one stage it still remained at a level that could have been controlled by prudent policies and remedial actions without causing a major destruction. But, a catastrophic disaster is inevitable if things were allowed to continue further, as they do now.

The impending disaster can only be brought under control to some extent only by changing the present destructive path through positive and fundamental policies. It is not possible to wait until the next presidential election to do the required changes.

Under the circumstances, perhaps it would be possible to form an all-party government of national consensus on interim basis replacing the present government, and address the issue In addition to managing the day-to-day affairs of the country, the main objective of the All-Party Government should be to direct the country to formulate structural reform program that will help the country to recover from the crisis it is facing.

# Along with that, negotiations could be initiated with the International Monetary Fund to end the balance of payments crisis; the ban or restrictions on pesticides and fertilizers used in agriculture can be lifted fully and controls imposed on import of goods can be relaxed.

# Simultaneously, it would be possible to initiate a reform program to recreate the entire system; and the responsibility of implementing it and also the task of formulating a new constitution for the country could be assigned to a Constituent Assembly consisting of representatives who are elected, specifically for the purpose by the people themselves.

# The powers necessary for the Constituent Assembly to perform this task can be vested by an Interim Constitution passed by the parliament. Once a consensus is reached on the basic principles of the Reform Program, those agreements also could be incorporated in the Interim Constitution.

# In addition to the functions of the people's representatives, a special framework can be formulated to include the process and the methods by which the public could be involved actively in the overall reform program.

The main object of the proposed new constitution should be to develop necessary policies and principles required for removing all obstacles that undermines the souvergnity of the people and inflict oppressions in them; guaranteeing equal rights and respect to all citizens and social groups without discrimination; distribution of power at optimum level and administration of justice to all those who have reasonable grievances ;and establishing a state accompanied by a people friendly institutional system based on the rule of law, democracy, freedom, equality, and free of corruption and inefficiency.