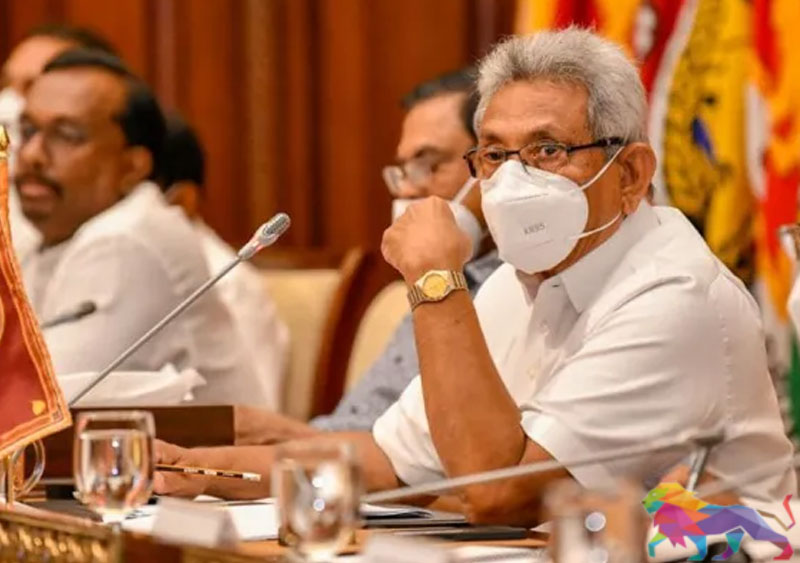 The kind of disease that has afflicted Sri Lanka is not one that would cure by itself over time, but one that could only be cured by a complex surgery.

The functioning of the legislature, the executive and the judiciary is in a state of total collapse while that of all other institutions is also in a similar state.

There is no integration and cohesion in the social system and it is in a fragmented state.

The economy is also on the verge of bankruptcy. When the state finds itself in such a dire situation, what usually happens is that it would venture to reach consensus with all the political parties and direct the country towards a structural reform program that would help recreate the state and the socio-political system but no such dialogue has yet begun.

The Covid pandemic is also acting as a crucial factor hampering the country's ability to overcome the crisis.

Despite the major drawbacks in the policies adopted in controlling the spread of the pandemic, Sri Lanka was lucky to avoid serious damage and ramifications of it, thanks to the BCG vaccine administered to a significant portion of the entire population.

Of the countries that have administered the BCG vaccine, perhaps Sri Lanka is the only country that has achieved almost one hundred percent target in administering this vaccine to its population. This is a good health practice being maintained since 1949 and if it was not for this practice, the price Sri Lanka has to pay for Corona could have been extremely huge.

The decision taken by the President to halt the importation of agrochemical fertilizers and pesticides completely could have a devastating effect on rural and commercial agriculture in general.

The adverse effect of it on the rural peasantry and on the plantation workers in the estate sector also will be destructive. It will inevitably serve as a factor that would intensify the country's economic downturn as well.

The President states that instead of promoting chemical fertilizers, he will introduce a system for producing organic fertilizers by fertilizer companies and provide them to farmers on a subsidized basis; and if there is a decrease in yield, a scheme will be introduced to compensate for that.

The way the President thinks about pesticides and chemical fertilizers and the prevailing popular views in the country in regard to them cannot be considered the correct opinion.

Why chemical fertilizers were needed.

A land with virgin soil can be cultivated without fertilizer. In the past when there was plenty of land, the problems relating to the depletion of the fertility of soil following a land being cultivated for some time, were solved by abandoning it and shifting the cultivation into a new land.

But, with the rapid growth of population, it became necessary to deviate from the old tradition of shifting cultivation and move into a new tradition of cultivating the same land continuously.

This resulted in the depletion of the richness of soil and the yield in the course of time, necessitating finding alternative solutions to overcome the problems.

By the time Sri Lanka gained independence, paddy cultivation, the staple food of the people was carried out without using any chemical fertilizers or pesticides.

The bones of cattle were the only fertilizer rarely used if at all fertilizer was used. The yield per acre of paddy land remained at 35 bushels or 717 kg. At that time, Sri Lanka produced about 40 percent of the country's rice requirement. The importation of rice and wheat flour occupied 30 percent of import expenditure.

To bring about a positive change in this situation, the Department of Agriculture of Sri Lanka used the methods introduced by the Green Revolution. Accordingly, disease resistant high yielding varieties of paddy were introduced instead of the traditional varieties.

The use of chemical fertilizers and pesticides was encouraged. The results were revolutionary and unprecedented.

By 1952, only 40 percent of the rice needed for a population of 8 million could be produced. Sixty years later, it was able to produce 4.3 million metric tons of rice, enough for a population of 20 million. During this period, it has been possible to increase the yield per acre by 712 percent.

Undoubtedly, there were bad side effects accompanied by this progress, but most of them could be considered as being due to serious management errors in the subject rather than a mistake in chemical fertilizers or pesticides themselves.

If Sri Lanka had followed the good practices of some countries in the field of agrochemicals, it would have been possible to minimize the damage caused by the side effects.

The reality of organic fertilizers

Increased concern about the entry of various heavy metals into the human food chain has occurred in recent years, and all aspects of agricultural production and food processing are being examined.

In this backdrop, organic fertilizers cannot be considered as a good alternative to chemical fertilizers.

Although there is a big voice for organic farming still operates in about 1.5 percent of the agricultural land cultivated in the world.

Attempts to produce such a large quantity of organic manure will inevitably lead to creating an unbearable and uninhabitable stench in the country in addition to causing a huge mosquito problem as well.

The big explosions caused recently in Kolonnawa and Meethotamulla due to methane produced in garbage dumps could occur in association with the organic fertilizer dumps also.

Inevitably, a policy of abandoning the use of chemical fertilizers completely will cause a massive damage to the agriculture of Sri Lanka.