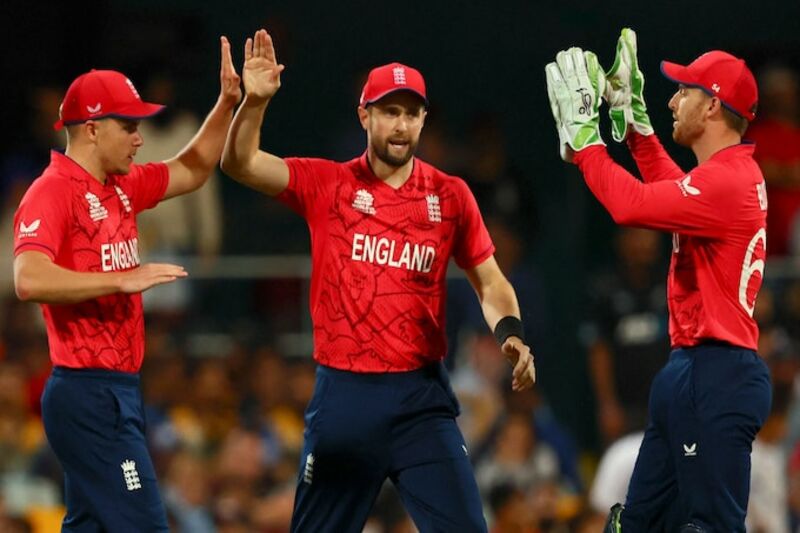 England defeated Sri Lanka in their final Super 12 encounter at the SCG in Sydney on Saturday by four wickets to book their berth in the semi-finals of the ICC Men's T20 World Cup.

The Sri Lankan openers put on a stand of 39 runs in the first four overs and at 80/2 at the end of 10 overs, Sri Lanka were in a very good position in the game.

Although Mendis and Dhananjaya de Silva departed, Nissanka carried on and made his way to a fine knock of 67 from 45 deliveries.

Sri Lanka were 118/4 when Nissanka departed and things started going haywire after that as they scored only 23 runs from their last 27 deliveries in the innings.

The England bowlers clawed their way back into the game after a difficult start and kept the target within a chaseable limit.

England needed a steady start to chase the target down and they got more than that as Alex Hales and Jos Buttler put on an opening stand of 75 runs.

The batters looked at absolute ease against the Sri Lankan pacers.

While Buttler played the second fiddle in the partnership, scoring 28 from 23 deliveries, Hales blasted his way to 47 from 30 deliveries.

Buttler and Hales looked in a hurry to finish the game off but Wanindu Hasaranga had other plans as he sent both batters back to their dug out in consecutive overs.

Those two wickets triggered a collapse and England went on to lose four more wickets in the space of just 47 runs, making the chase extremely difficult for themselves.

While wickets kept tumbling at one end, Ben Stokes played a calm and composed knock from the other end as he remained unbeaten on 42 from 36 deliveries.

The experienced all-rounder took the game deep and Chris Woakes finished the chase off with a boundary in the final over.

England won the match by four wickets and two deliveries to spare, and also booked a semi-final berth in the process while knocking out Australia.