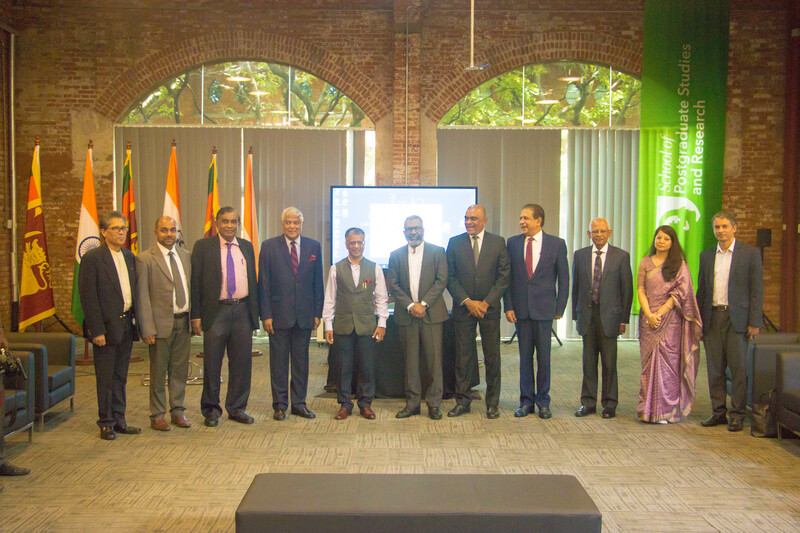 The SLTC Research University has entered into an exclusive partnership with the renowned Indian Institute of Technology (IIT), Madras to deliver several of the coveted intuition’s undergraduate and postgraduate degree programmes in Sri Lanka.

The memorandum of understanding that was signed by the two universities in early July was announced and put in motion at a launch held recently under the patronage of State Minister of Education Dr Suren Raghavan and Indian High Commissioner Gopal Baglay at the SLTC City Campus premises.

Speaking at the event, State Minister Dr Suren Raghavan complimented the two institutions on this initiative and reiterated the importance of the state to support such exercises and the need for policies and regulations to ensure their continued growth.

Congratulating both institutions on this unique partnership, the Indian High Commissioner said, “Every important development in the history of mankind is a result of a thought, is a result of a vision, is a result of an idea, and I must compliment the leadership of SLTC for taking this initiative, and the leadership of IIT Madras for responding and reciprocating and entering into a partnership, which in my view is poised to take the cooperation between the two countries, not only in their education sector and industry but in all the dimensions which will result from this cooperation to a very high level. ”

He further mentioned that supporting the Sri Lanka people in all aspects was a priority for the government of India and that events such as these aid in bringing the two countries even closer.

As per the partnership, SLTC will deliver several undergraduate and postgraduate programmes awarded by IIT in Sri Lanka. Both universities will collaborate on the delivery of the programmes which makes the partnership truly unique.

The programmes, soon to be launched will be conducted in a hybrid mode where students will learn in class and on virtual platforms.

This partnership marks a historic milestone for higher education in Sri Lanka as this is the first time a Sri Lankan Higher Education Institution has entered into a partnership such as this with the renowned IIT.