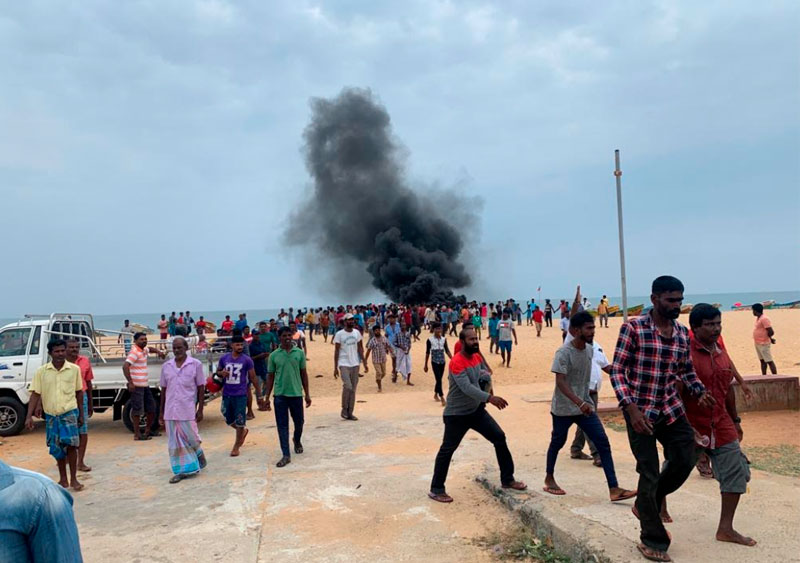 Fishermen in Mullaitivu have suspended five-days of protests after an inquiry started into state officials who allegedly aided illegal fishing in their area.

Members of 24 associations gathered in front of the district’s Fisheries Department on October 03 and demanded that errant officials be transferred.

Handing over a letter to the department’s head, they camped in front of the state building and launched a vigil.

The following day, around 300 fishermen, said to be the ones involved in illegal fishing, started a protest at the Mullaitivu main bus stand. 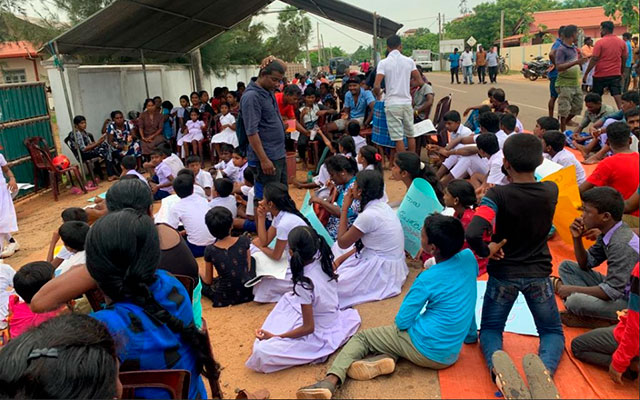 They said none of the officials should be transferred.

Police erected roadblocks and fired water cannons and teargas to prevent a clash between the two opposing fishermen.

One fisherman was hospitalized with injuries during the incident.

Three days later, a team of Department officials started a probe into the allegations.

President of the district’s fisheries association A. Arulnathan said outsiders should not be allowed to plunder their resources at a time they are fatigued by economic woes.

In a show of support, president of the fishermen’s cooperative society in Jaffna A. Annarasa said they have been voicing their concerns for more than 10 years against illegal fishing.

Head of the federation of northern provincial fishermen’s association K. Annamalai said all their members would fight together if their grievances were not resolved.