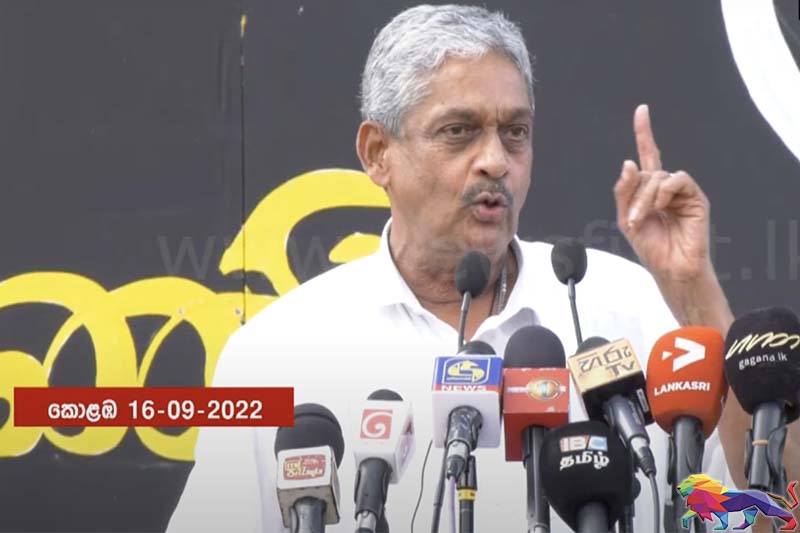 All the political gimmicks will be over in two years as a vast majority of members of the police and the armed forces are supportive of the anti-government struggle, said Field Marshal Sarath Fonseka.

He was addressing a protest rally organised by the IUSF at Hyde Park in Colombo yesterday (16).

Ninety-eight per cent each in the police and the Army and 100 per cent of retired armed forces members are with the struggle, said Fonseka.

Saying that he was addressing the event as an apolitical citizen, he urged all to set aside their party politics to unite for a common national agenda.

“In the future, doctors, intellectuals, lawyers, entrepreneurs and all others should get together and lay a foundation for the struggle. Then only, children in the struggle can go forward. Adults should stand behind this struggle like parents in the home. If that happens, the struggle will win,” he added.