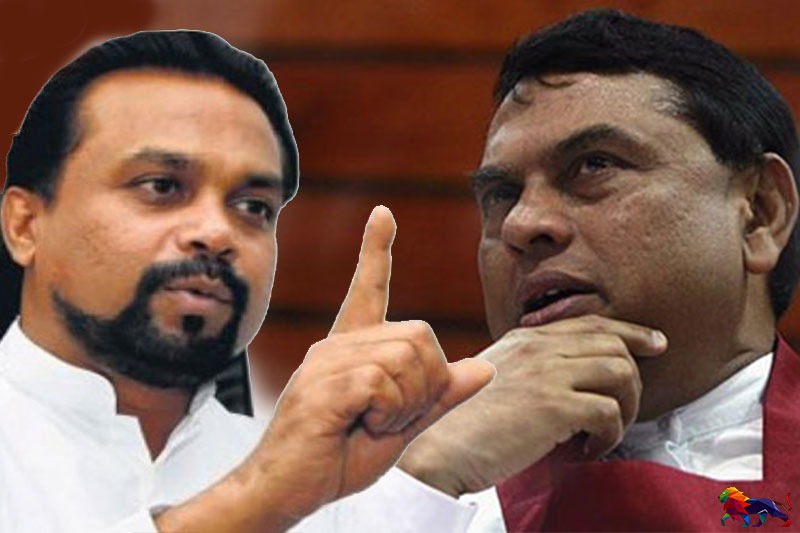 The public forum organised by several government aligned political parties and their leaders on the controversial Yugadanavi power plant deal will go ahead today (29) as planned despite attempts to thwart it.

“It is clear that in the current socio-political crisis in the country, the discussion on the process of transferring LNG energy to an American company is an unavoidable topic for any party that loves the country.” the organisers said in a press statement.

The forum has been organised by at least 11 party leaders aligned with the government after failing to stop the transfer of the Yugadanavi power plant to the US-based New Fortress Energy.

Reports have been rife that several government party leaders including Ministers Wimal Weerawansa, Vasudeva Nanayakkara and Udaya Gammanpila are disgruntled by the government’s decision to go ahead with the deal despite opposition within the government itself against the deal.

Sources also said the sudden meeting called yesterday by the President with the government party leaders at the Temple Trees to discuss the Yugadanavi issue had ended on a sour note.

As a result, the public forum on the issue will be held today at 3.00 PM at the Solis Reception Hall in Colombo where proposals pertaining to the Yugadanavi deal will be discussed by those attending.

The meeting will be led by the following party leaders :

The General Secretary of the Communist Party of Sri Lanka, Dr. W. Weerasinghe 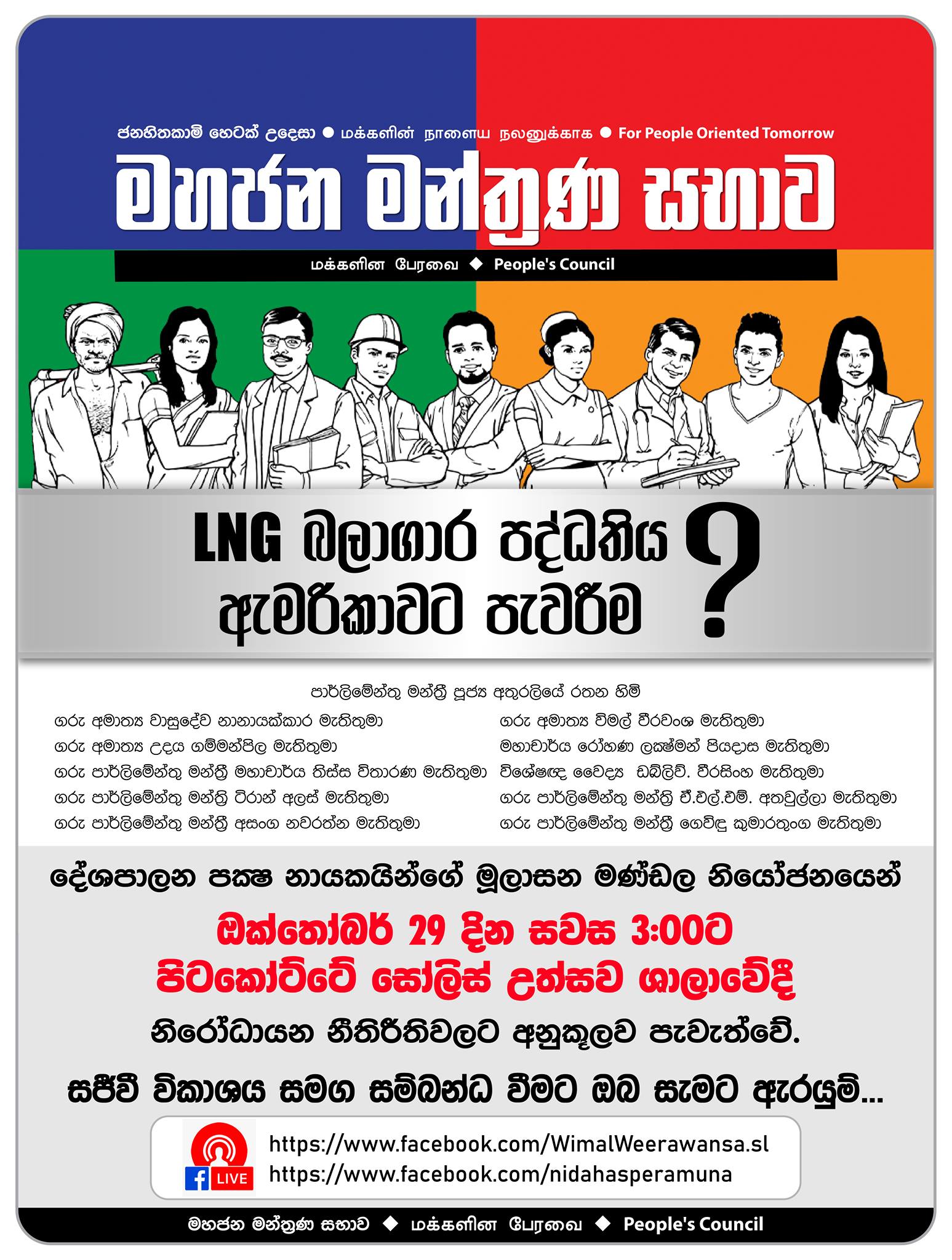