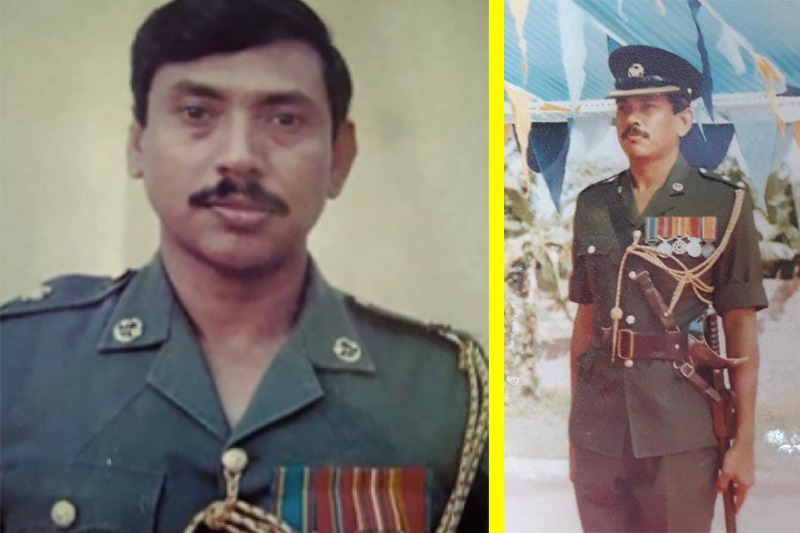 The first JVP insurrection had already taken place the year before. Right after leaving school, Gotabaya Rajapaksa was just a fresh recruit in the Ceylon Army when he witnessed the country’s first ‘Che Guevarists’ insurgency in 1971. An early experience that would shape his most critical decisions during his future presidency.

The world’s first female prime minister, Sirimavo Bandaranaike’s United Front government established the ‘Republic of Sri Lanka’ in 1972 by granting Sovereignty equally to all its citizens through the country’s first independent constitution since 1815. After being trained in Rawalpindi in Military Communications, Second Lieutenant Gotabaya Rajapaksa was deployed to the Jaffna peninsula as a Signals Officer.

Jaffna was a peaceful city. Far away from the noisy streets of Colombo and a strait away from the dirty slums of Madras, the Jaffna economy was thriving. Its pristine shores along the endless sandy beaches were open for smugglers and illegal immigrants. The Sri Lankan Army sets up detachment units along the coast from east to the west. One of the responsibilities of Gotabaya at the time was to patrol the region and to distribute the monthly pay packets to those detachments.

Gotabaya has always been an extra conscientious individual. Acting methodically and applying himself thoroughly to the task at hand becomes his signature mark in time to come. A personality trait that will make him fall in love with the computer more than the rifle.

He receives the money from the bank and arranges the pay packs to the last cent in sealed envelopes according to the pay slips. Gotabaya was responsible for delivering the salary by hand to each and every personnel scattered across the peninsula. So he travelled over the rugged terrain in an old Mahindra jeep with just a driver as his assistant who was equipped with just an old weapon. There was no risk. There was no LTTE. Not just yet.

Gotabaya witnessed the life of the northern Lankans in all its richness. It was a time of prosperity for the Jaffnites. Agriculture was booming as the vast and nourishing farmlands grew chillies, onions and other vegetables in abundance creating a large supply chain to the growing southern population. A rich merchant community emerges in Jaffna with lavish mansions which can only be seen today in their ghostly remnants.

Many industries such as aluminium, leather, tobacco were creating thousands of local jobs for the northern youth. Fishermen were harvesting the unending life in the deep Indian ocean.

Jaffna was on the path to becoming a unique economic muscle in the 20th century next to the Indian megapopulace. A development that India would not have liked very much.

But it all starts to collapse in the year 1977. While the north was growing steadily, the South fails to overcome the pains of building a self-sustainable national economy under Sirimavo. After his United National Party winning a landslide victory in the parliamentary elections, Prime Minister J R Jayawardane opens up the island economy to the world. A decision that soon destroyed the Jaffna economy and pushed the Tamil youth to take up arms against the government of Sri Lanka with cyanide capsules around their necks fighting in a deadly war that would last for thirty long years.

The young military officer Gotabaya witnessed this rapid decline of the northern economy. Cheaper foods and other goods started flooding the Lankan market. The indiginous industries came to a sudden halt and succumbed to an agonising end. While the eager consumers in the south rushed to the short lived craze of the open economy, the northerners were left without options. It became the ideal ground for the LTTE to emerge. J R Jayawardane goes down in history as the man who created the civil war in Sri Lanka, in more than one way. In the runup to the Presidential Election in 1982, Gotabaya remembers the sentiments of the northern Lankans. He was providing security to the polling booths in the area. Having been elevated to a Captain rank by then, he meets the Chief Priest of the hindu temple near the St. John’s College who so confidently tells Gotabaya, “Captain, Mr Kobbekaduwa will win a landslide victory this time.” A last hope of the people of Jaffna that would be crushed by the UNP.

Hector Kobbekaduwa who ran from the Sri Lanka Freedom Party loses to the UNP’s megalomaniacal J R Jayawardane. Looking at the electoral results on the map of Sri Lanka one would see an overwhelming victory for Jayawardane but clearly except in the north. The scene is all set for the LTTE to rise. All it needed was an incident with enough escape velocity.

Jayawardane has been publically taunting Indira Gandhi. Gandhi vows to teach a lesson to Jayawardane and fuels the early terrorist group. Gandhi, Jayawardane and Prabhakaran all got their chance in the Black July of 1983. A fateful day of grotesque atrocities that would haunt Sri Lanka forever. A memory that would shape Gotabaya's ultra humane style of presidency in which he tries to prevent another Black July ever happening even at the expense of his own presidency. And with that Gotabaya enters his second decade in the Military. A decade that is completely opposite to his first.

Gotabaya spent his first 10 years of career basking in the beauty of a peaceful northern Sri Lanka while enjoying the company of the Tamil and the many Sinhala people in the region. A cherished memory that he tries to rebuild decades later by rescuing the north and the south from terrorism and naively trying to empower the people through economic prosperity. A lifelong dream of virtue that ironically makes him the antagonist among many Tamil people living today. Yet, the Gotabaya Vision lives on.

May the Dharma Guide Our Way!

This email address is being protected from spambots. You need JavaScript enabled to view it.