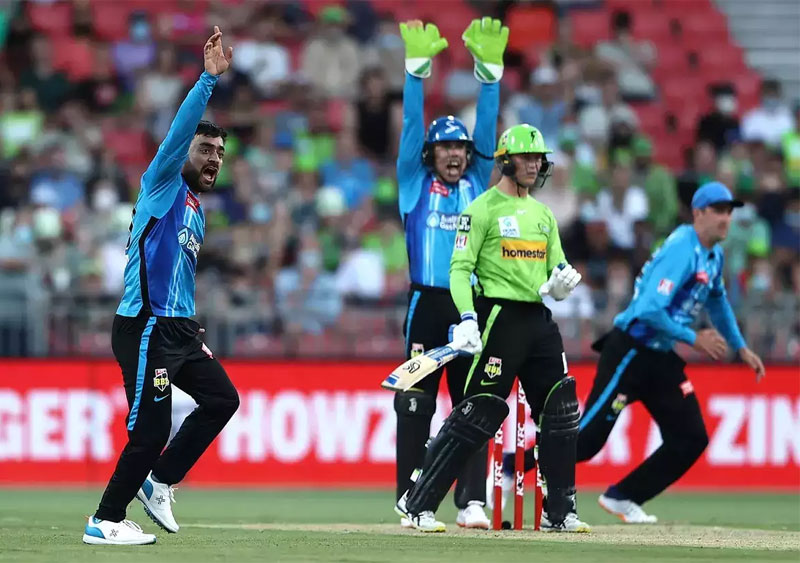 Sydney Thunder were dismissed for 15 - the lowest score in men's Twenty20 history - as they were thrashed by Adelaide Strikers in the Big Bash League yesterday (16).

Chasing 140 to win, Thunder were bowled out in just 35 balls, with number 10 Brendan Doggett top-scoring with four.

The previous lowest score was Turkey's 21 against the Czech Republic in 2019.

Strikers' pace bowler Henry Thornton took 5-3 and Wes Agar 4-6 as they claimed a 124-run victory against the abject Thunder.

They had posted a reasonable 139-9 from their 20 overs but tore through Thunder's batting line-up, with the hosts reduced to 9-6 and then 10-8.

Thunder's sole boundary came from a Brendan Doggett inside edge in the penultimate over of the match, which gave him the top score of four.

Their innings of 5.5 overs is the shortest innings in men's T20 history.

"I feel like I need to retire now. I don't think I'm getting better than that," Thornton told Channel Seven.

"I honestly cannot believe what just happened. I think everyone here probably doesn't know what is going on either. It was amazing."