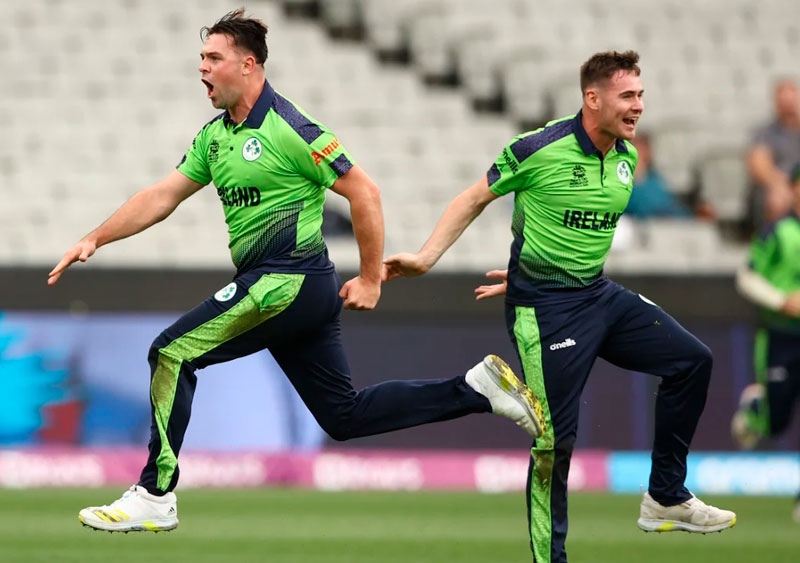 Ireland stunned England by five runs under the D/L method in a T20 World Cup Super-12 match at the Melbourne Cricket Ground yesterday (26) and opened up the competition in Group 1.

The second match for the day at the same venue was abandoned as Afghanistan and New Zealand shared a point each.

The win took the Irish (3) above hosts Australia (5) on the points table, and now five out of the six teams in the group have two points each.

Sri Lanka occupies the second spot with a net run rate of 0.450.

England faced its first defeat in the tournament after it beat Afghanistan by five wickets in its opener.

Meanwhile, Australia got its campaign back on track on Tuesday after thumping Sri Lanka by seven wickets and 21 balls to spare and salvaged its net run rate to an extent, after an 89-run defeat to New Zealand had dented it significantly.

Ireland registered its first win after being trounced by Sri Lanka by nine wickets on Sunday.