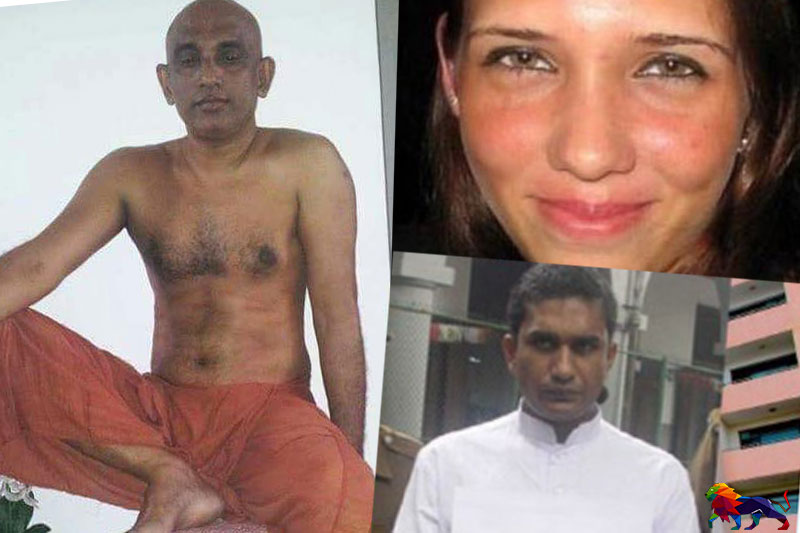 It has now been reported that it was Ven. Athuraliye Rathana Thero who had continuously pressured President Maithripala Sirisena to grant a pardon to the 34 year old Don Shramantha Jude Anthony Jayamaha who was sentenced to life imprisonment after being found guilty in the heinous Royal Park killing in Rajagiriya.

The President's Media Division (PMD) issuing a special clarification to media institutions explained the reasons behind the Presidential pardon after Sirisena’s decision to release Jayamaha caused outrage among the populace.

"Religious leaders, former Supreme Court judges, lawyers, civil society activists, youth organisations and many others have sent in written requests and recommendations asking President Maithripala Sirisena to grant a presidential pardon in the case of Don Shramantha Jude Anthony Jayamaha, 34, who was sentenced to life imprisonment in the Royal Park murder in Rajagiriya.

Parliamentarian Ven. Athuraliye Rathana Thero lead and carried out the necessary mediation and co-ordination of the presidential pardon and made a lengthen presentation during a meeting between the youth’s parents and the President which he organised.

In a written request to the President in this regard, the Thero noted that the incident was a dispute between the two individuals based on a romantic relationship, and that he is currently displaying good behaviour within the prison, and that he has completed an external degree while in prison and is currently reading for a doctorate as well. He also claims in the letter that the youth is one with great character and intellect and to therefore consider granting a Presidential pardon to him which would be a fair as well as a humane act.

Ven. Athuraliye Rathana Thero also requested the President to follow Buddha's teaching and pay attention to this matter with compassion and mercy. 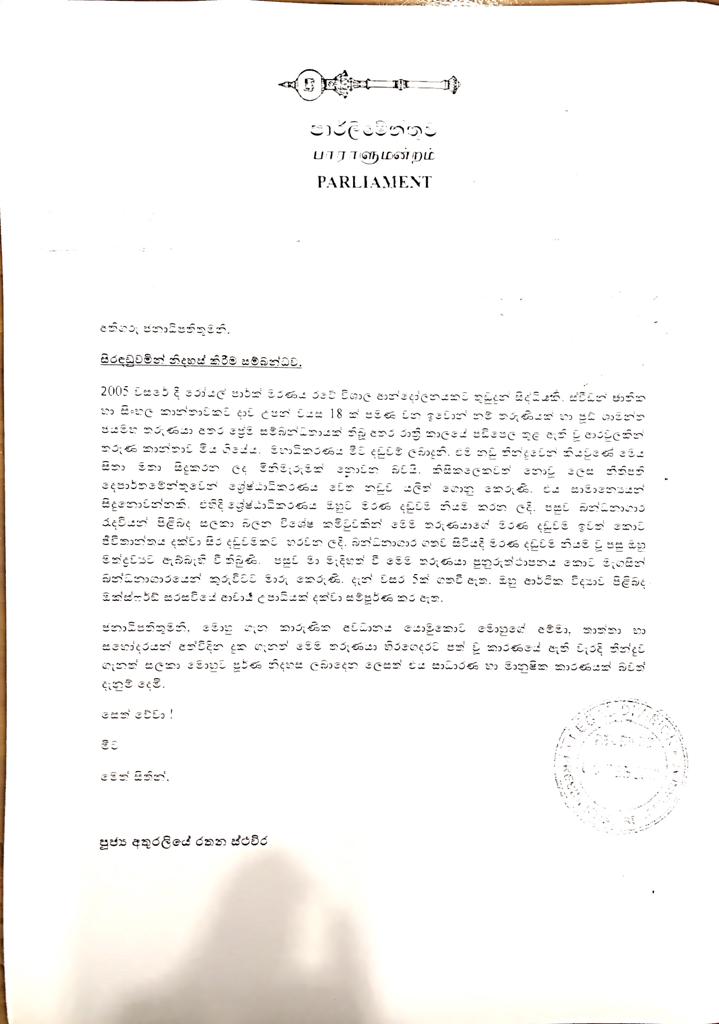