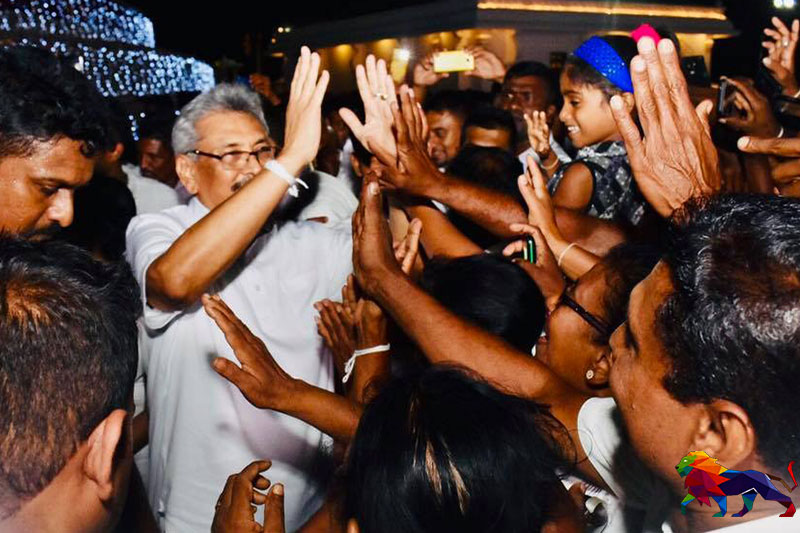 This was while Rajapaksa was on his way to Kandy following religious observations in Anuradhapura.

The former Secretary of Defence was welcomed at the Bulagala junction on the Dambulla - Anuradhapura road by JO MP Janaka Bandara Tennekoon. He was later escorted to the Dambulla town in a vehicle parade.

Rajapaksa received the blessings of the Maha Sangha amidst chanting of Pirith before the Buddha statue near the Dambulla clock tower.

Rajapaksa visited the Kandy Dalada Maligawa today (14) and is scheduled to take part in a number of other religious programmes. He will also place the casket carrying the sacred relics of the Vishnu Dewala perahera tonight.

While the election propaganda campaign had been organised by the SLPP, it appears to have been taken over by Gota’s Viyathmaga activists.

Meanwhile, the ‘Anidda’ newspaper has reported that conflict has arisen among MPs and activists over the decision on which Rajapaksa brother should take the lead in the election promotional campaign.

A JO MP speaking to ‘Anidda’ had said that a series of public meetings will be held in Colombo with the SLPP in the lead. However, admitting there is a conflict on the campaign trail, he said that former SLFP stalwarts appear to think the election campaign should be led by former President Mahinda Rajapaksa. 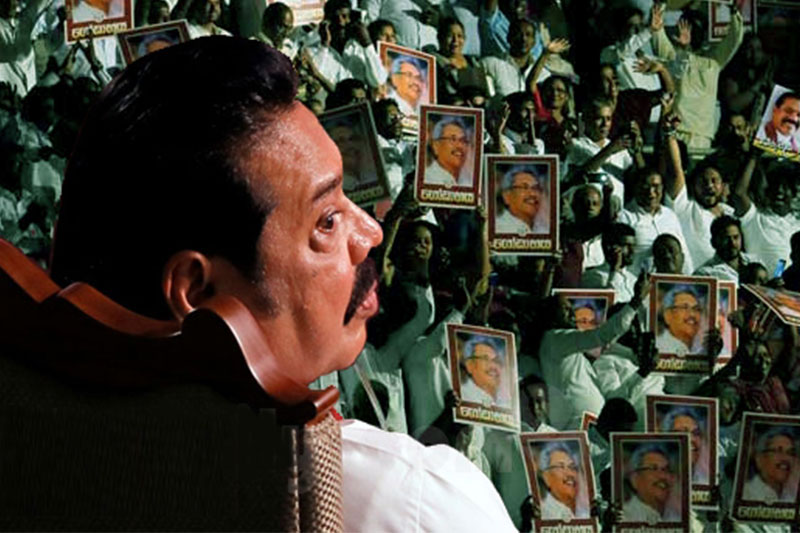 According to him additionally, other key figures such as Vasudeva Nanayakkara, Dinesh Gunawardene and other JO MPs hold a similar view. “We have decided to commence the campaign with Mahinda in the lead. This was decided at the JO party leaders meeting on August 6,” he said.

However, groups close to Gotabaya are opposing this claiming the campaign should be held with him in the lead as he is the Presidential candidate.

According to them, although the image of Mahinda was used on August 11 promotional material, the party should refrain from doing so in the coming days and use Gotabaya's image instead.