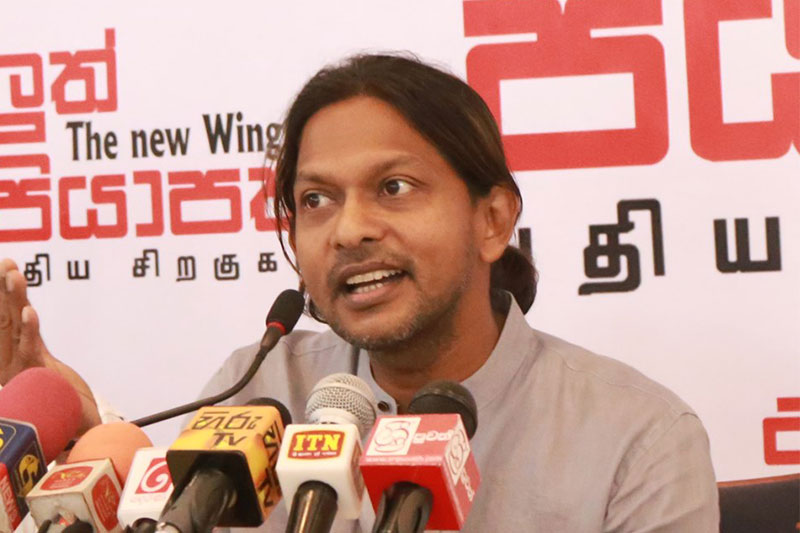 Aluth Piyapath, a civil society group has requested that the parliament be dissolved to give the citizens of Sri Lanka an opportunity to elect a new government.
The request was included in a new set of proposals launched by the group yesterday (18) during a press briefing held in Colombo.

The media briefing was attended by Veteran journalist Narada Bakmeewewa, Academic Waradas Thyagaraja, National Organizer of the Socialist Youth Union Eranga Gunasekara who voiced their opinions on the issue.

2.       Call for a General Election and allow the people to appoint a new government!

3.       Citizens of Sri Lanka, do not reappoint politicians who are dictators and are racists as well as those who are connected to corruption.

In a press release, the organization stated that the organization was formed to take a stand against the October 26 coup in a bid to end the political impasse and reestablish democracy in the country.  “At the time our call was to hold a General Election in three months time,” the communique said, adding that however the power-hungry government and certain elements from the opposition instead opted for the usual ‘political games and deals’ policies.

The group pointed out the country has been on a downward spiral since due to the power struggles between the President and the Prime Minister which has even resulted in the breakdown of the country’s national security. “The greed for power only continued despite the recent loss of nearly 300 lives” the statement noted.

It also pointed out how the government has failed to take responsibility since the Easter Sunday attacks while allowing the Muslim citizens of the country to be targets of racial attacks. The group also accused the President, Prime Minister, Opposition leader and a number of other political groups of attempting to derail the Parliamentary Select Committee (PCS) appointed to look into the attacks. According to the group, therefore, the public cannot place their confidence in the current government and therefore a General election must be held immediately giving the people their right to appoint a new government.