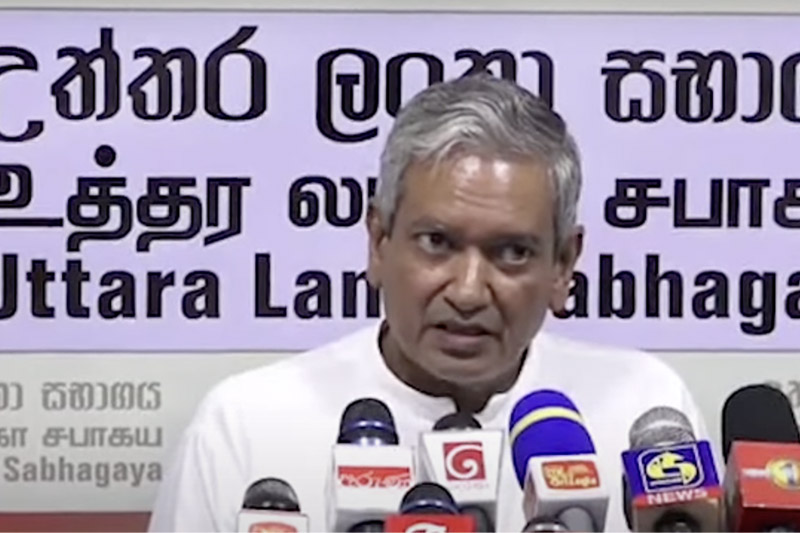 SLPP national list MP Gevindu Kumaratunga questions if the incumbent president and the prime minister have fallen prey to the shameless politics of his own party.

Kumaratunga told the media on October 06 that it was a dark day for democracy when the scheduled House debate on the 22nd amendment to the constitution was put off earlier in the day.

Also secretary of the Supreme Lanka Council, he accused the government of deliberately preventing the scheduled House debate on the amendment.

The amendment’s aim was to incorporate more democratic features to state administration, he noted.

Instead, president Ranil Wickremesinghe used the day to make a speech on his foreign trips, which was intentional, charged Kumaratunga.

“This amendment was not at all a hurried one. It was discussed and agreed upon by more than 40 party leaders, including the SLPP, when Wickremesinghe was the prime minister.”

Therefore, any revisions should have come only because of its being challenged by national and civil society organizations, he said.

Moves since the presidency of J.R. Jayewardene to use even the supremacy of the people for petty party gains are being repeated today, said Kumaratunga.

Initially, we thought the president was present in the House in a token show of preparedness to transfer his excessive powers to the premier and parliament.

Unfortunately, he came to foil the 22A amendment debate by speaking about his foreign trips.

This country has such disgraceful politics that presidents go against their previous promises and do everything possible to safeguard powers of the executive.

The MP pointed out the recently-experienced repercussions of the executive’s not listening to the voices of the people and their representatives, and hoped the amendment would be tabled at least at the next session in order to expand democratic space.