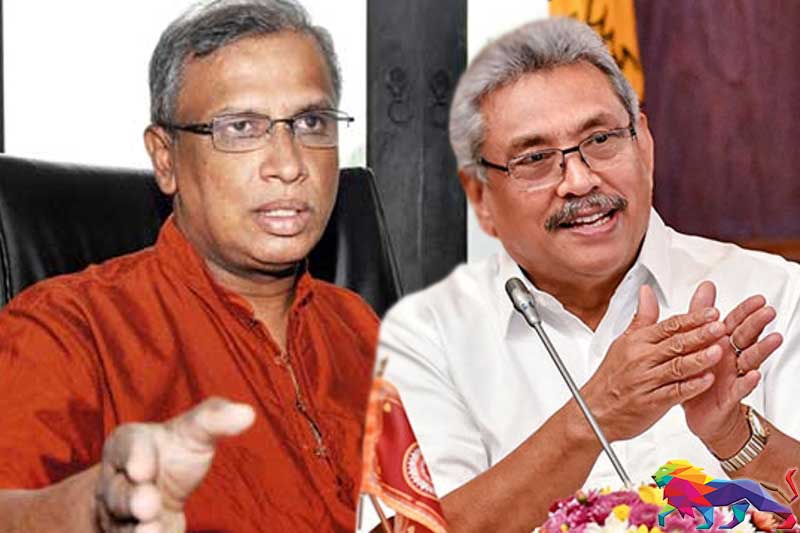 The president of Sri Lanka has fixed a date for a meeting with the Tamil National Alliance (TNA) for the fourth time.

TNA MP M.A. Sumanthiran stated that a high-level meeting scheduled to be held between the Tamil National Alliance (TNA) and the President on 15th March, has been postponed to 25th March.

President Gotabaya Rajapaksa, entrusted with resolving the worst economic crisis the country has faced so far, has also convened an all-party conference two days prior to the scheduled meeting with TNA.

However, only ruling coalition partner Sri Lanka Freedom Party (SLFP) and the United National Party (UNP) with one seat in parliament have confirmed their attendance. Many others including the leading parliamentary opposition Samagi Jana Balawegaya (SJB) have announced a boycott.

"Attending the all-party conference at a time the government is rejected by people of every community is giving life to the Rajapaksa family," said Tamil National People's Front (TNPF) leader Gajendrakumar Ponnambalam.

Since coming to power, President Gotabaya Rajapaksa has not held any official meeting with the Tamil National Alliance. Meetings scheduled twice before, were cancelled by the president's office without any explanation.

TNA had been expecting to discuss a political solution to the national question, the new constitution being drafted by the government and development activities in the North and East, with the President. The party had already written to the Indian president seeking his intervention for devolution of power.

The meeting scheduled for 15 March had been postponed following a decision taken by the Sri Lankan government to reject the ongoing demand of war affected Tamil people for truth and justice.

It was also announced on the same day  that the Cabinet had decided to pay 100,000 rupees each to Tamil mothers, ignoring their repeated requests to reveal the fate of their relatives who had been forcibly disappeared - many in state custody.

“The Cabinet has approved the proposal submitted by the Minister of Justice to pay a one-time lump sum allowance of Sri Lankan Rs. 100,000 for rehabilitation of the family, to the next of kin of the disappeared person, who has a “Certificate of Absence” issued by the Registrar General on the basis of the findings of the Office of the Missing Persons,” the government said announcing its cabinet decisions.

Even though two years have passed since TNA leader R. Sampanthan wrote to the President urging the government to stop forcibly seizing land owned by Tamils in the North and East where the majority are Tamils, a response is yet to come.

Tamil Eelam Liberation Organisation (TELO) a constituent party of the TNA has been cautious of meeting the president without a clear agenda.

TELO leader Selvam Adaikalanathan MP has requested that TNA put their demands in writing and obtain a response from the president before sitting for talks.

"The other parties in the Alliance are not happy to do that," says TNA leader R Sampanthan MP.

About 15 parliamentary representatives of the Tamil people in the North, East and Colombo staged a protest in front of the Presidential Secretariat, after a failed attempt to meet the President nearly a month ago.

Protesting lawmakers described Sri Lanka’s head of the state as "President of only the Sinhala-Buddhist" due to avoiding the discussion of burning issues of the Tamil people with their elected representatives.

"Clearly, the President has tried to reconfirm today that he the President of only Sinhala and Buddhist people in Sri Lanka,” Ilankai Tamil Arasu Kachchi (ITAK) Batticaloa District MP Shanakiyan Rajaputhiran Rasamanickam told reporters in the capital.

The Presidential Media Unit had condemned as a "conspiracy", the MPs' visit to raise issues of the Tamil people, "when the President was not in office".