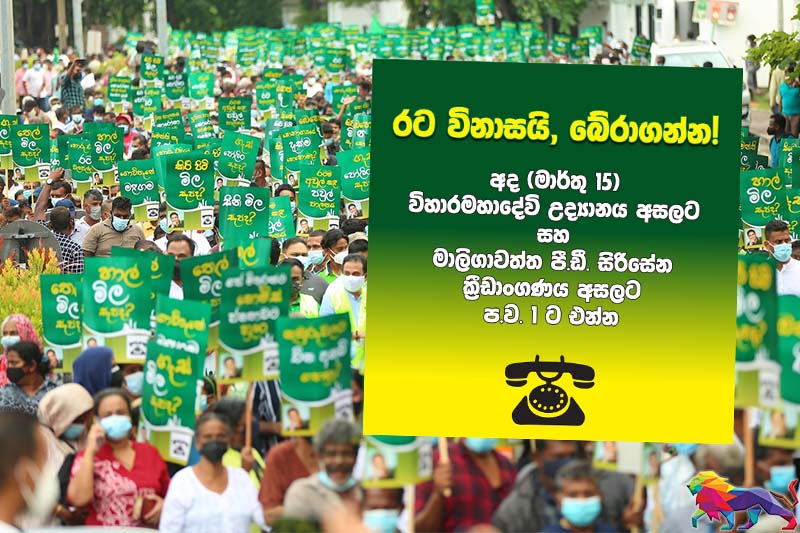 The protest will be held under the theme "Let’s save the country from destruction" and will commence at 2 p.m. from the Viharamahadevi Park in Colombo.

Speaking at a media briefing yesterday (14), SJB National Organiser Tissa Attanayake said that representatives of many political parties including civil society organizations are expected to participate in the protest led by Opposition Leader Sajith Premadasa.

He also said that the SJB plans to arrange similar protests across the country in the future.