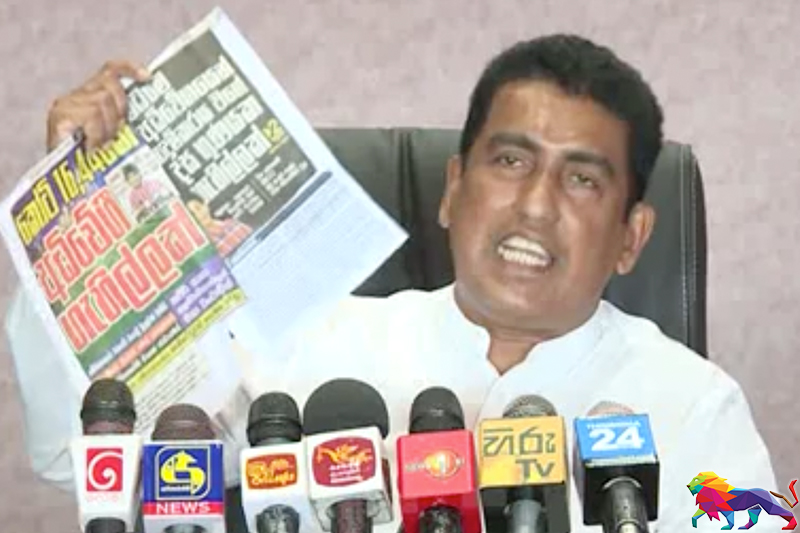 Highways Minister Jonston Fernando shot down allegations levelled by an Anti-Corruption Front that there had been massive corruption in the third phase of the Central Expressway construction, noting that the project has not even completed its procurement stage.

The Minister made this observation in response to the allegations levelled by the Convener of the 'Voice for Anti-Corruption' Wasantha Samarasinghe who said that they will move court to in a bid to stop a tender scam that would cost state coffers LKR 164.4 Billion.

Addressing a press conference held at the Ministry of Highways yesterday (21), Minister Fernando asked how could such allegations of corruption to the tune of billions take place in a project of which the procurement is not yet completed.

“There are media reports quoting former JVP MP Wasantha Samarasinghe that corruption to the tune of millions of rupees have taken place in the third phase of the Central Expressway. There is no basis for those allegations because the project’s procurements are still in progress.

Samarasinghe in his allegation has stated of a company by the name of MCC. I inquired of this allegation from the Secretary to the Ministry. I was told that there was no such company bidding for the tender to construct the third phase of the Central Expressway and that procurement for that stage of construction was still in progress and none could state figures of any kind since we still have not given any tenders.

These allegations are baseless. I tell them to find out actual facts before making wild allegations on the basis of handouts given to them by private companies. They got their vote base reduced from 6 percent to three percent because of the wild allegations they used to propagate," he said.

Minister Fernando also alleged that Wasantha Samarasinghe and the 'Voice for Anti-Corruption' have remained mum over massive frauds that had taken place during the 'Good Governance' Government.

However, the Gotabaya Rajapaksa Government, which rose to power pledging to take legal action against those who had committed frauds during the previous administration, is yet to take any action in this regard.