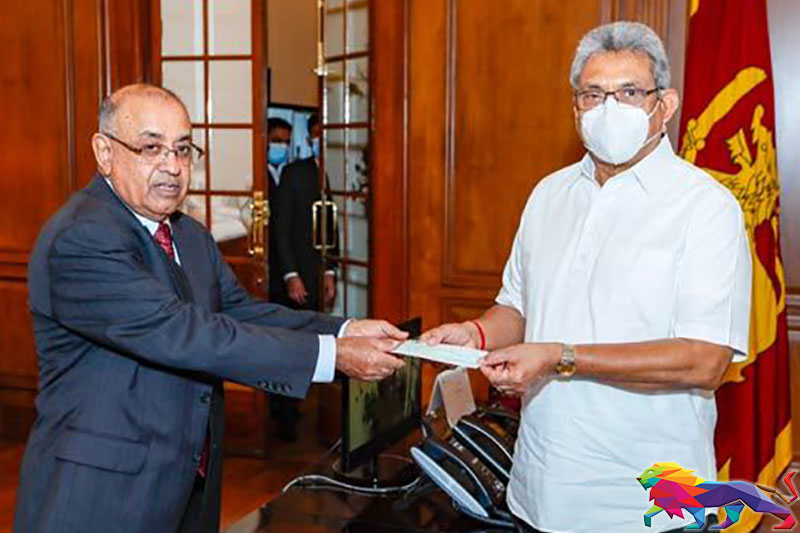 President Gotabaya Rajapaksa has accepted the letter of resignation handed by President’s Secretary Dr. P. B. Jayasundera, according to the 'Sunday Morning'.

In 2013, when P.B. Jayasundera served as the Secretary to the Treasury under Mahinda Rajapaksa, the then Housing Minister Wimal Weerawansa introduced Jayasundera as an 'economic hit-man'.

Weerawansa further said that Jayasundera was responsible for the decline of the then Mahinda Rajapaksa government.

P.B. Jayasundera's actions as Sri Lanka's top civil servant have come under severe criticism from powerful government ministers in the past few months.

The elder statesman of the Rajapaksa family, Minister Chamal Rajapaksa had recently reprimanded P.B. Jayasundera at a meeting held under the patronage of the President, according to the 'Aruna' newspaper.