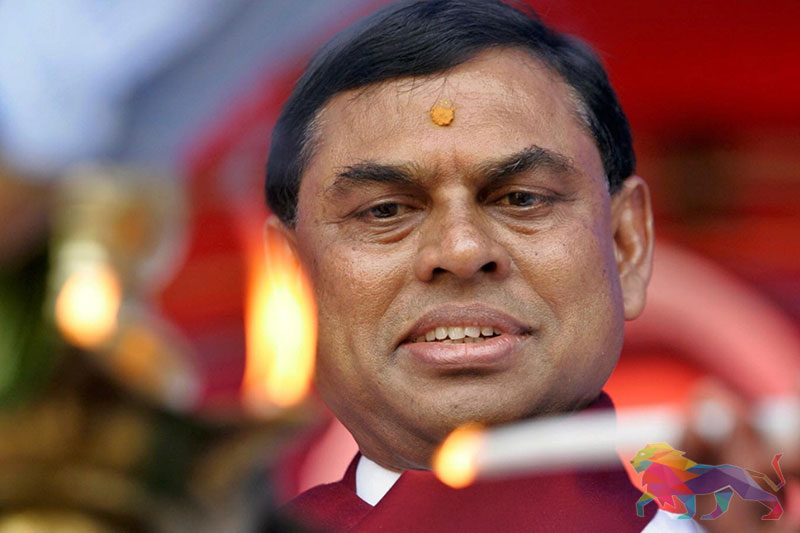 SLPP national organiser Basil Rajapaksa has conveyed to the President and the Prime Minister that he would only take oaths as an MP after he has been gazetted the relevant portfolio, informed sources said.

Despite not being able to reach consensus, it is reported that they had been able to agree on certain terms after family members had intervened.

Although Prime Minister Mahinda Rajapaksa had initially agreed to assign the finance portfolio to Basil Rajapaksa, the situation had changed later on, government sources said.

Their advisors had highlighted to them how the propaganda campaign launched by pro-Basil Rajapaksa social media activists had actually helped to tarnish their reputation. They had also advised the President and the Premier to immediately put an end to such actions as it would be detrimental to their future political activities.

Pro-Basil Rajapaksa social media activists as well as ministers and parliamentarians, in what seemed like a concerted media campaign, had reiterated the importance of Basil's entry to parliament in order to reduce the cost of living. Statements such as Basil quite literally has 'seven brains' and that he was the driving force behind the war victory had originated from this media campaign.

Key institutions to be placed under Basil?

Meanwhile, the 'Sunday Lankadeepa' had reported that Basil Rajapaksa was likely to be sworn-in as the Cabinet Minister of Economic Development and State Minister of Finance.

The Port City Project and the Board of Investment (BOI) would also be placed under the purview of Basil Rajapaksa's ministry.

Furthermore, a myriad of institutions currently under the purview of the President, Prime Minister, Chamal Rajapaksa and Namal Rajapaksa are to be assigned to the Ministry of Economic Development.

According to the Sunday Lankadeepa, Basil Rajapaksa is scheduled to be sworn-in as an MP on Thursday (08).

He had previously served as the Minister of Economic Development during the tenure of President Mahinda Rajapaksa from 2010-2015.