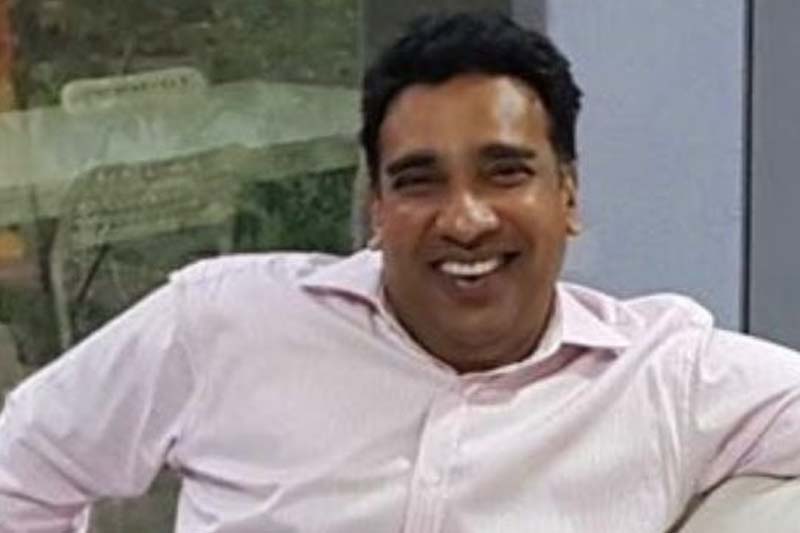 Suresh Goonesekere would have turned 50 today, just over a year after his tragic death left his family and friends bereft of his kindness, generosity, strength of character and permanent grin.

Being one of those friends, who knew him from childhood, it is still hard to believe that he is gone. We were more than mere friends. Growing up, we attended Thomas’ College, Mt Lavinia together and our childhood homes were close to each other.

In our adulthood, our lives crossed paths in so many delightfully unpredictable ways, each one leaving me with memories of joy, human kindness and good times. Knowing that we have crossed paths for the last time leaves a void in me that I cannot fathom how to fill. Whatever else may ever have been uncertain in this world, Suresh’s presence, his kindness, his loyalty and his compassion were never in doubt.

Suresh lived most of his adult life in Singapore and in England. Whenever my travels took me to either country, we would meet without fail, almost like a ritual or tradition. So, it was not unusual for him to invite my family over to dinner when we were visiting Singapore a little over two years ago.

It was quite a random invitation, very typical of Suresh. He knew that I was not going through the best of times. I had not told him as much, but he made it his business to know about the wellbeing of everyone close to him.

As it so happened, the day he hosted us also happened to be my birthday, a fact that my wife casually mentioned over dinner. Suresh’s response came instantly. He said, 'Adey KP, we have to celebrate tonight,' before proceeding to order a bevy of whiskey, wine and even more food. In a flash, he transformed a low-key reunion dinner into a massive and humbling celebration.

As we celebrated, he insisted that he and I take a photograph. I didn't know then that this picture, with Suresh's arm around my shoulders, would become one of the most precious photographs I would ever possess, one that I will cherish forever.

That was Suresh in a nutshell – always going out of his way to make you feel delighted, special and happy.

It wasn't enough. After dropping my wife and daughters at home, he insisted that he and I stay out. He treated me to several more hours of merriment, as we went from bar to bar and club to club.

Everywhere we went, people recognized Suresh and greeted him. When he introduced me as his friend whose birthday he was celebrating, everyone bent over backwards to ensure that we enjoyed ourselves.

Although we spoke often on the phone, that night in Singapore was the last time I saw Suresh in person. A year and a half later, on the 31st of July, 2021, he left us all, after having suffered a heart attack.

I have often agonized about his last moments of consciousness. The only solace to be found is that the final moments that Suresh experienced were of the two things that he enjoyed the most in this world: playing golf, and that too above all else, doing so with his son Zidan, who was the light of his life.

There is no gainsaying that Suresh was gifted, in more ways than one. Some say that cricket was in his genes. His father Premalal had also captained St Thomas' and led the team to a memorable victory at the Big Match of 1964.

The year Suresh captained that same team, it was adjudged the best all-island team. What is remarkable is that he was also an outstanding student, securing 3 A's and a B at his Advanced Level Examination, which, most contemporary Thomians would tell you, was quite rare for a cricket captain.

After college, he went on to become not just a fully-fledged accountant but a highly respected banking and finance professional, serving in senior roles internationally at Deutsche Bank, HSBC, ABN Amro and finally for over a decade at Standard Chartered Bank.

That Suresh was gifted is therefore on record. There are boxes full of awards, certificates, and qualifications to prove it. But there are no awards or certificates for heart. If there were, there would not be enough room on this earth to fit all of those that Suresh would have earned in the nearly 49 years that he walked this earth. 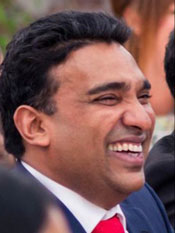 He was endowed with amazing human qualities that were an inspiration to everyone around him. His was a heart of gold. He was always easy-going. If you were doing well in life, Suresh was rarely to be seen. But he would show up and stand by you without fail if ever you faced a crisis.

I have never heard him run down or complain about anyone. He was a very special friend who never ever took his friendships for granted. He had a deep understanding about true friendship and loyalty, family values, duty to one's country, fiduciary responsibility, and every other ethical compass that one needs to be considered honest, reliable and beyond reproach.

I have so many memories of Suresh that I cannot pen them all down. His father offered me my first ever job. As I came to associate Premalal, I couldn’t help my amusement at how similar the speaking patterns were of both father and son. I would imitate their high-speed mumbling and energetic monotones around our friends, and Suresh had the good humour to laugh with us.

Suresh learned to look after his family early on in life when he lost his father. He did his best to fill those enormous shoes, standing by his family, dedicating himself to look after his mother and younger brother. I cannot get my head and heart around the fact that all those who had grown to rely on him, who had experienced the constant peace, joy and security that he brought into our lives, now have to live without this wonderful human being in our lives.

He met his wife Yoshi in our childhood, and I was close enough to him to vouch for the fact that she was the only woman with whom he ever fell in love when their romance blossomed through their teen years.

Every time I saw him make any decision, I watched him “run the numbers”, like an actuary, on how it would affect Yoshi, their son Zidan, and Suresh’s mother Shanti and brother Ramesh. His number one priority was always their wellbeing. Despite all his own accomplishments, Suresh’s proudest moment was when he learned during the height of Covid that Zidan had been admitted to King’s College in London, to study history and politics.

So many of us would have given anything for the opportunity to have Suresh play a longer innings. But no one can deny that the 48 he scored was graceful, captivating and flawless. He looked every single ball in the eye and played each shot with finesse and his signature irascible smile. He never ran anyone out and never lost hope, no matter the odds.

He played fair. He heeded the counsel of the non-striker and was generous with his advice. He played always for his team and never for himself. He played like the gentleman he was. It was an exemplary innings, an example to us all. Having watched from beyond the boundary, it was a privilege to witness his time at life’s crease – a sight to behold.

Today, I so very much wish I could have called Suresh, wished him a happy 50th birthday, swapped yarns and reminisced about the old days. Instead, I hope he can hear me from his perch in the heavens, that he can feel our wishes, that he knows how much he is missed, and knows that his memory will always brighten up our days.