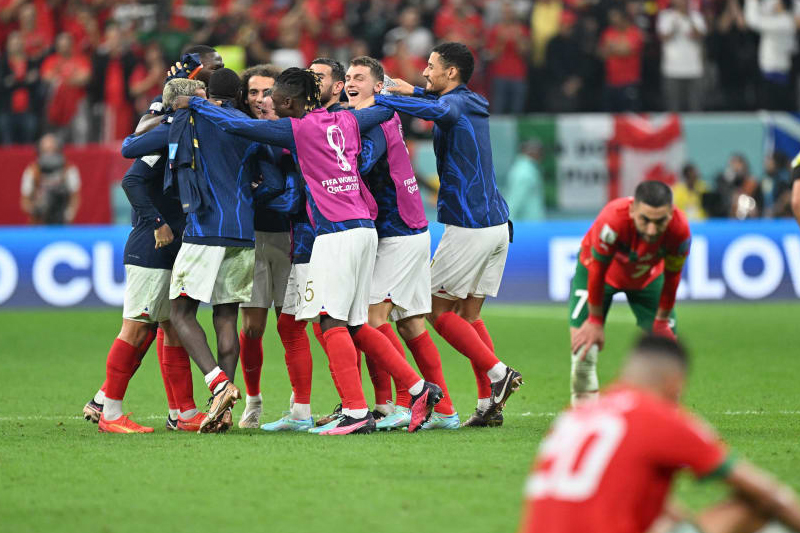 France will play Argentina in the 2022 World Cup final after the reigning champions defeated Morocco 2-0 yesterday (14).

It took Theo Hernandez just five minutes to open the scoring after a goalmouth scramble.

Jawad El Yamiq came close to scoring an equaliser with a stunning overhead kick, only for his acrobatic shot to be tipped onto the post by Hugo Lloris.

Morocco piled on the pressure late on but France secured their place in Sunday’s showpiece final when substitute Randal Kolo Muani scored with his first touch of the match.