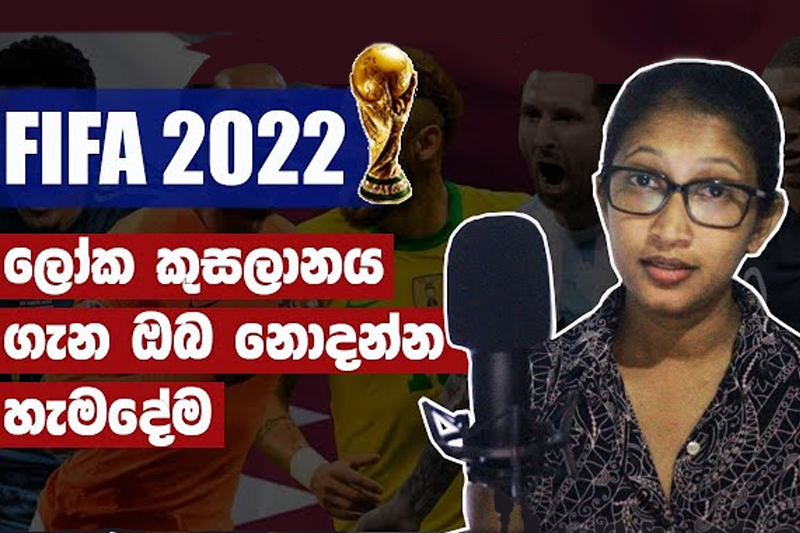 Football fever has climaxed with the FIFA World Cup 2022 now under way in Qatar.

In ‘Sports with Himashi’, the focus is on the Cup.

After Brazil won the Cup for the third time at the Mexico World Cup, FIFA rules dictated that Brazil would keep the Rimet Cup in perpetuity.

FIFA, therefore, needed another trophy and out of the 53 designs submitted by artists from all over the world, Italian sculptor Silvio Gazzaniga's was the winning design.

It is formed of solid 18 carat gold and even though it is hollow inside, it weighs 6,175 grams.

Today the Cup is awarded to the captain of the winning team at the ceremony following the final game.

After the festivities, the winning team receives a copy of the original Cup.