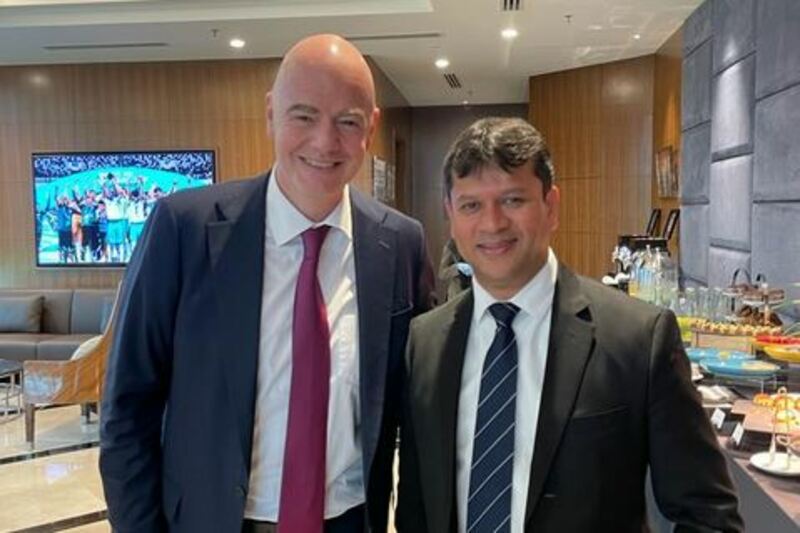 Umar explained that the the current situation was created by a small group of people, who are ex-officials vested with personal interests.

He also affirmed that this there is no interference by the Minister of Sports, adding that the rebel group has very little support and is backed by a corrupt banned official.

Jaswar Umar has secured the support of 52 member leagues out of 61 eligible voters while the rebel group has only 9 leagues supporting them.

FIFA has stayed its decision to suspend Sri Lanka at the request of Jaswar Umar, as the latter has assured that he will discuss the matter in detail with the Minister of Sports and submit facts to the Court of Appeal to end this dispute amicably.

Jaswar Umar further said that a vast majority of the leagues are doing their best to save Sri Lanka Football from suspension.

"It’s time for us to reject these corrupt ex-officials and usher in a new era for football with a new outlook," Umar said.

It is learnt that FIFA is ready to support Jaswar Umar’s efforts to end this dispute amicably as the world's governing body for football wants to protect the best interests of the majority of the stakeholders.

Umar added that he is hopeful that this matter can be resolved by next week and an early election will be held together with the consent of the Sports Minister and FIFA.