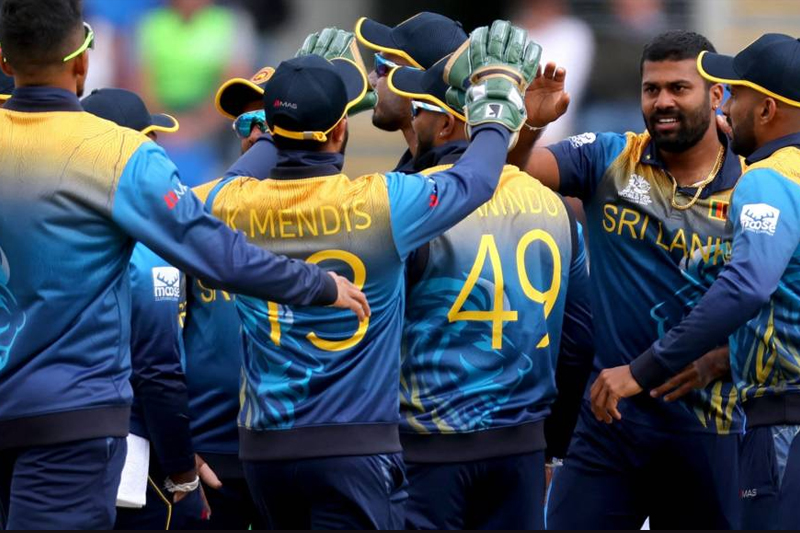 Disciplined bowling and an unbeaten half-century by Kusal Mendis powered Sri Lanka to a nine-wicket hammering of Ireland in their opening Super 12 match at the T20 World Cup on Sunday.

Asian champions Sri Lanka restricted Ireland, who qualified for the second round by knocking out two-time champions West Indies, to 128-8 in Hobart.

Mendis then powered his side past their 129-run target with a second successive half-century, off 43 balls, hitting a six to win with five overs to spare.

Mendis, a wicketkeeper-batsman, smashed five fours and three sixes in an unbeaten stand with Charith Asalanka, who made 31, to hand Sri Lanka two points with a good net run-rate.

The island nation have turned around their fortunes after being stunned by Namibia in their first-round opener but bounced back to advance to the Super 12.

Pace bowler Lahiru Kumara took a wicket with his first ball, bowling Ireland skipper Andy Balbirnie for one with the batsman paying the price for attempting an audacious ramp shot.

Stirling hit some boundaries to steady the Irish innings but partner Lorcan Tucker played one onto his stumps off Theekshana.

Stirling kept up the charge to get a four and six off Chamika Karunaratne and survived a reprieve on 28 after Kumara dropped a catch in the deep.

But Stirling did not get away from Bhanuka Rajapaksa who took a good running catch at widish long-off to give Dhananjaya de Silva a wicket in his first over, the ninth of the innings.

Tector hit back in a 47-run partnership with George Dockrell, who made 16 and played despite being Covid positive, in his effort to up the scoring but Sri Lanka kept chipping away from the other end.

Theekshana broke the stand as he bowled Dockrell for 14 and after Binura Fernando denied Tector his fifty the batting caved in.

Hasaranga struck twice in the 19th over with his leg spin as a noisy contingent of Sri Lankan supporters celebrated with drums and music.

The entertainment continued till the end as Sri Lanka had only one minor hiccup, when they lost De Silva for 31, before Mendis and Asalanka carried their bat through.