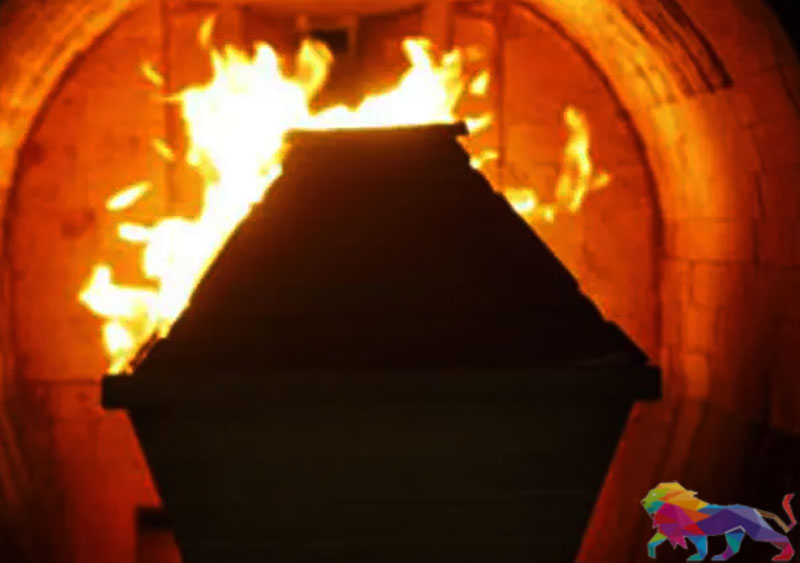 For most people, the effects of COVID-19 are already painful enough
– the fear of contracting the virus, the fear of spreading it to others, the fear of seeing loved ones suffer, the fear of someone close dying. But for Sri Lanka’s Muslims there is yet another fear: the fear of not being able to bury your loved ones and being denied dignity in that final moment.

In a country where minorities are marginalized and discriminated against, Muslims who fall victim to COVID-19 are unjustly prevented from being laid to rest in accordance with their religious beliefs and are forcibly cremated. The act of cremating a dead body is forbidden in Islam, and the callous disregard for religious rites shown by the state has, understandably, caused tremendous distress amongst the Muslim community. While it is becoming increasingly difficult for Muslims in Sri Lanka to live in peace, with the constant fear of further threats, discrimination and violence hanging over the community, the government has used COVID-19 as an excuse to ensure Muslims in Sri Lanka cannot even die in peace.

Sri Lanka is one of the few countries in the world which has made cremations mandatory for people who have died or are suspected as having died from COVID-19. This is despite Ministry of Health guidelines originally permitting both burials and cremations earlier this year. After the body of the first Muslim to succumb to the virus was forcibly cremated against the wishes of the victim’s family, and in spite of vehement protests from religious leaders, politicians and the wider Muslim community, the Ministry of Health amended the guidelines to make cremations mandatory. The government’s chief epidemiologist, Dr. Sugath Samaraweera, claimed that burials would “contaminate ground drinking water”. However, according to interim guidance set out by the World Health Organization on the safe management of a dead body in the context of COVID-19, victims of the virus can be buried or cremated. In a letter, Muslim groups report that over 185 countries allow for the burial of COVID-19 victims, making Sri Lanka an outlier with its disregard for the religious practices of minorities.

The Muslim community has strongly criticized the forced cremation of COVID-19 victims. Under pressure from various groups, including the private and public protests of the Minister of Justice, Ali Sabry PC, it was reported on 4 November that a government-appointed committee would meet to reassess the government’s policy on mandatory cremations, but on 22 November, the committee reaffirmed the earlier decision, without giving reasons. On 1 December, the Supreme Court of Sri Lanka dismissed all Fundamental Rights petitions before it which challenged the directive on mandatory cremations, closing the door to further legal challenges. According to a news report, of 124 deaths due to COVID-19, as many as 50 of them are Muslims whose bodies have been cremated. The report even details at least one instance where the body of a Muslim who tested negative for COVID-19 was forcibly cremated.

To add insult to injury, reports indicate that families are being forced to bear the cost of cremation, typically around LKR 50,000-60,000 (approximately USD270-325), in a year that has economically strained many families. The cruelty of not only having to stand idle as a loved one’s body is desecrated but being forced to shoulder the cost of this act has led some Muslim families to refuse the ashes and the associated payment, in an act of protest.

This is sadly not the only instance where the Muslim community in Sri Lanka has been targeted in the government’s response to COVID-19. The Government Medical Officer’s Association (GMOA) and the Information and Communication Technology Agency Sri Lanka (ICTA), in a concept proposal for a COVID-19

exit strategy presented to President Gotabaya Rajapaksa, assigned the Muslim population the highest weightage of risk when determining the risk of the spread of the virus in each district. Following heavy criticism for racially profiling Muslims, ICTA has since disassociated itself with the report, and the GMOA has republished the report omitting the inclusion of the Muslim population as a variable affecting spread of the virus.

Against a backdrop of attacks targeting Muslim businesses, homes and places of worship in the country through 2014, 2017, 2018, and following the Easter Sunday bombings in 2019, these latest directives come at a time when Muslims already have plenty to fear. In a year when we have seen the importance of solidarity as communities rally together to survive the pandemic, Sri Lanka has chosen to further alienate a community already reeling from violence, hatemongering, and discrimination.

The Sri Lankan government must not forget that it has a duty to ensure all people in Sri Lankas are treated equitably. COVID-19 does not discriminate on grounds of ethnic, political or religious differences, and nor should the Government of Sri Lanka.
Amnesty International