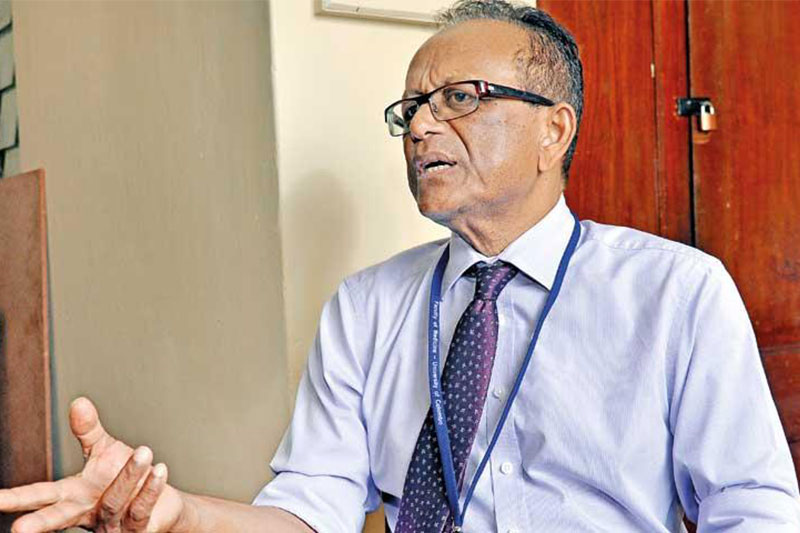 ‘‘On a global scale regarding maternal healthcare, Sri Lanka is regarded as a forward-looking country. This achievement is not accidental and there are many reasons behind it. The main reason is that 99% of the deliveries take place at the hands of staffers who are professionals (skilled birth attendance) at the hospitals.

There is also a high level use of family planning methods in Sri Lanka. However, after the alleged sterilization story involving Dr. Seigu Shihabdeen Mohamed Shafi in Kurunegala, there is widespread uncertainty among not only Sri Lankan pregnant women, but also the entire Sri Lankan society.  It is therefore of great importance to look at this issue from a scientific perspective. Due to this issue, an atmosphere has been created where different communities question each other. This issue goes beyond the mere health field, but the overall well-being of the country as a whole is not at all beneficial. The safe maternity is a super important factor for the betterment of the society.

"If people are intimidated by communication without proper analysis, it can be considered as a worst case scenario"

The main charge levelled against Dr. Shafi is that he “sterilized” mothers during cesarean surgeries. This is a very serious accusation against the medical profession. According to medical ethics, no treatment can be performed without the consent of the patient. The art of medicine is a distinct subject area in the field of medical science. As the study suggests, the trust between the doctor and the client, is of a reverential nature. On the other hand, if the suspicious doctor has not yet been prosecuted, the ongoing investigation against him should be transparent, impartial and reasonable. The principle of the rule of law is that he/ she has the right to be protected by law until he/ she is convicted before the law. The views regarding Dr. Shafi vary. However, we should not forget that there are also assumptions that such sterilization may not have taken place. According to the statements of the frightened mothers who complained against Dr. Shafi, they complained of back pain and Diabetes too. Therefore, we can analyse the health records of the mothers and symptoms of the complications that the mothers claimed to have developed after cesarean deliveries.

"In the case of Dr. Shafi, many parties analyze it based on what the media reports"

Since the allegation is that mothers’ Fallopian tubes are damaged or blocked, there are several ways to check the condition of Fallopian tubes. One is taking an x-ray and another method is laparoscopy, a surgical procedure in which a fibre-optic instrument is inserted through the abdominal wall to view the organs in the abdomen area. These are the methods of investigation that are being tried in the world.

A group of experts including Obstetricians and Gynecologists, who are experts in the relevant area, should lead this investigation, and not a set of administrative officers. An internal inquiry into the allegations isn’t adequate and the inquiry should be on national level as it has already become a nationally important topic.

If the investigation is not carried out properly, it is also likely to lead to a new set of problems. Some had even questioned whether this investigation could be done in Sri Lanka. The clear answer is that it can be done in the country. The country has plenty of human resources to conduct such an investigation.

There is a circular issued by the Ministry of Health regarding measures to be taken during a cesarean surgery. All the recommendations of the circular have been prepared to give the maximum safety of the mother. Therefore, it is unlikely that thousands of “faulty caesarean surgeries” could be performed in the presence of other medical staffers. Damaging thousands of fallopian tubes is not a simple and an easy task. However, it should be noted that cesarean operations are on the increase over the course of time, although many do not publicly speak about it. At present, 39% of deliveries in Sri Lanka are cesarean. But, the developed nations like United States and United Kingdom have maintained about 30% or fewer rates of cesarean section deliveries a year and they still want to bring it to the minimum.

Caesarean is just an option

But in our country, the opposite happens. These are matters that we need to pay attention to as a country. Sri Lanka has a lesser number of maternal mortality during pregnancy. This is a great victory for the health sector in the country. But there is obviously a social practice/ trend of opting caesarean surgery. In this case, however, the internationally renowned example is that Duchess of Cambridge Kate Middleton did not opt for a caesarean delivery, but waited for more than 17 hours to deliver her baby normally.  It should be emphasised that a caesarean is just an option in case of an emergency.

In this incident featuring Dr. Shafi, the media has a vital role to play. An event involving a child birth can be regarded as a highly sympathetic and compassionate matter. According to my observations, I see that the country is now moving in terms of impulses and emotions instead of verified data and facts. In a civilized country it is not good if people act on their impulses and emotions. If people are intimidated by communication without proper analysis, it can be considered as a worst case scenario. One such wrong assumption could create a very dangerous situation. It is true that media is a market-based industry. Nevertheless, what will be the future of this country if the demand of the media turns out to be hatred or terror? If so, what will be the fate of its future generation?

"If the suspicious doctor has not yet been prosecuted, the ongoing investigation against him should be transparent, impartial and reasonable"

In the case of Dr. Shafi, many parties analyze it based on what the media reports. But, this is not a simple incident-based account. My thinking is that we are not sensitive enough about the certain social groups that are affected by this issue. At the moment, pregnant mothers are the first group of people in this country who have been affected. As the updates to the “sterilization story” come, the mental stress on pregnant mothers is not minor. These are the basic questions that must be addressed by the media at this moment. There are so many Tamil and Muslim VOGs whom I know work very well promising the highest quality. The message that should directly be given to the mothers is ‘please do not be afraid to come to the government hospitals for deliveries.’

The Hippocratic Oath was the traditional aspect of the Doctors’ Code of Ethics. Hippocrates is considered the creator of modern medicine. But, today it has become more modernised and doctors have a unique code of ethics. Its basic teaching is that the patient should not be harmed on any condition. The Code of Ethics includes a statement that if the patient is a female, the presence of another female is needed during a basic medical examination, surgeries being compulsory to be performed by a team of medical staff, abstaining from performing abortions, and so on.

" In developed countries, the practice of ethics is strict and as a result, the number of professionals who get sacked after being found guilty is considerable"

In developed countries, the practice of ethics is strict and as a result, the number of professionals who get sacked after being found guilty is considerable. In this case regarding Dr. Shafi, the most worrying factor is that the level of negative impact it would have on the medical sector of the country. The relationship between the doctor and the patient is an essential aspect in medicine. So, what will happen if this relationship is tainted? Mothers would be afraid to deliver their babies in hospitals. They would be pushed to use their home for deliveries. It will have a direct impact on the achievements of the health sector of our country. Therefore, a fair and transparent inquiry should reveal the truth and it should give answers to the people without further delay.’’