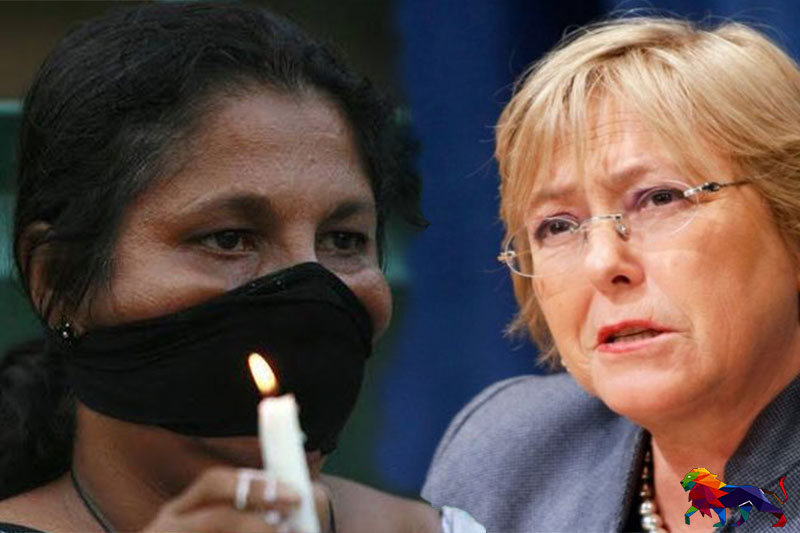 Ekneligoda says that the appointment of Upali Abeyrathne, with his background and conduct, is a direct insult and an act of violence against families who have endured so much, and especially those that have shared information and engaged with the OMP over the past five years.

Full text of the letter:

I am the wife of political cartoonist and journalist, Prageeth Ekneligoda, who was forcibly disappeared on 24 January 2010. Since 2010, I have struggled for justice in the enforced disappearance of my husband. I have also advocated as part of the common struggle of families of the disappeared in Sri Lanka.

The establishment of the Office of Missing Persons (OMP), by the former Sri Lankan Government, as a State Institution, in line with its commitments under UN Human Rights Council Resolution 30/1, and the joint resolution co-sponsored by the United States and Sri Lanka, was a milestone in the campaign by families, victims, and human rights defenders on enforced disappearance, across the island.

At its inception in 2018, the chairperson and commissioners to the OMP were appointed by the President of Sri Lanka, on the recommendations of the Constitutional Council.

The current Chairperson, retd. Justice Upali Abeyrathne, appointed by President Gotabhaya Rajapaksa, is the former chairperson of the Presidential Commission on Political Victimization. This Commission, which was set up by President Rajapaksa soon after his election, has provided the space for those who are accused of crimes, including enforced disappearances to raise complaints before the commission, effectively undermining ongoing judicial processes and intimidating victims and witnesses. In his capacity as chairperson of the said commission Justice Abeyrathne has been an active participant in enabling this type of violence, labelling and intimidation of victims and witnesses.

I have experienced this intimidation and labelling firsthand. In the case filed into the enforced disappearance of my husband Prageeth Ekneligoda, which is currently before the Colombo High Court, HC(TAB)725/19, several accused, have filed complaints before the Commission led by Justice Abeyrathne.

A key witness, Major Retd. Ranbanda has already been summoned to provide evidence before the Commission, despite the matter being before Court and a court order prohibiting him from giving evidence before any other forum. With his active involvement, the Commission, took steps to undermine, intimidate and threaten investigators and witnesses in this case, while denying an opportunity for the aggrieved party before the High Court, to be heard or make submissions to protect their interest. My case is not unique. Since the appointment of the Commission several other families of the disappeared have suffered a similar fate.

The newly appointed Chairperson of the OMP, is an individual who has by his conduct, over the last several months, actively colluded with those accused of enforced disappearance, to
undermine and threaten the constitutionally guaranteed rights of families of the disappeared to seek legal redress, through court. Would such a person be willing and capable to provide justice, truth and redress to families of the disappeared through the OMP? I firmly believe that the United Nations and member states, which were instrumental in setting up the OMP, have the ability to intervene and engage constructively with this Government, on the manner in which appointments are made to the OMP; and especially regarding appointments such as Justice Abeyrathne, which are aimed at destroying the institution from within.

Besides I am really concerned about safety of all the evidence and confidential information provided by the wives and mothers of disappeared and feel that their security has been compromised after his appointment. Therefore, I appeal to you, as a family member of the disappeared, to raise this matter directly with the Government of Sri Lanka, to cancel the appointment of Justice Aberathne, and appoint a suitable candidate in his place.

As a family member of the disappeared, I have suffered endlessly without my husband, partner, and the father of my children by my side. I have also suffered countless degradations, humiliations, threats and insults at the hands of those who wish to stop me from speaking out and to crush our struggle for justice and truth. What I suffered and continue to go through, resonates with the experience of families of the disappeared across the island and how we have been treated.

The appointment of Upali Abeyrathne, with his background and conduct, is a direct insult and an act of violence against families who have endured so much, and especially those that have shared information and engaged with the OMP over the past five years.

Thanking you,
Yours sincerely,