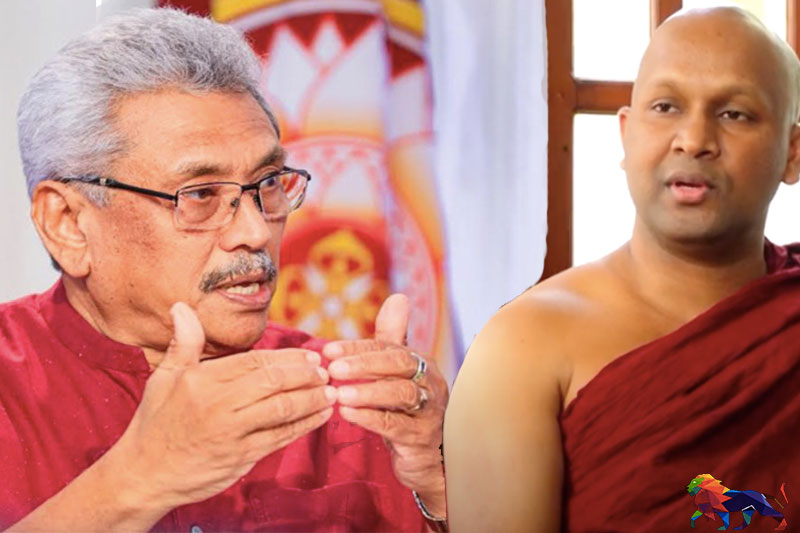 In a surprising revelation, hardline nationalist monk Ven. Madille Pannaloka Thero has said that during the formation of the 'Sinhale' national organisation, it was Gotabaya
Rajapaksa who had visited them at the temple and provided counsel.

Ven. Pannaloka Thero made this statement in an interview with 'Hard Focus' on the A5 News channel.

Stating that this is the first time he has ever mentioned this, the Ven. Thero said that Gotabaya had taken part in lengthy discussions leading up to the formation of the 'Sinhale' organisation and had given them certain guidelines.

"This is the first time i'm saying this in public. For one and a half hours, he taught us tricks," the Ven. Thero said.

"It is clear that the President is not on good terms with us," he said, adding that "if he can visit the temple and engage in very lengthy discussions, if he can give guidelines during the formation of the 'Sinhale' organisation before becoming the president, it is baffling to see why he is vexed now."