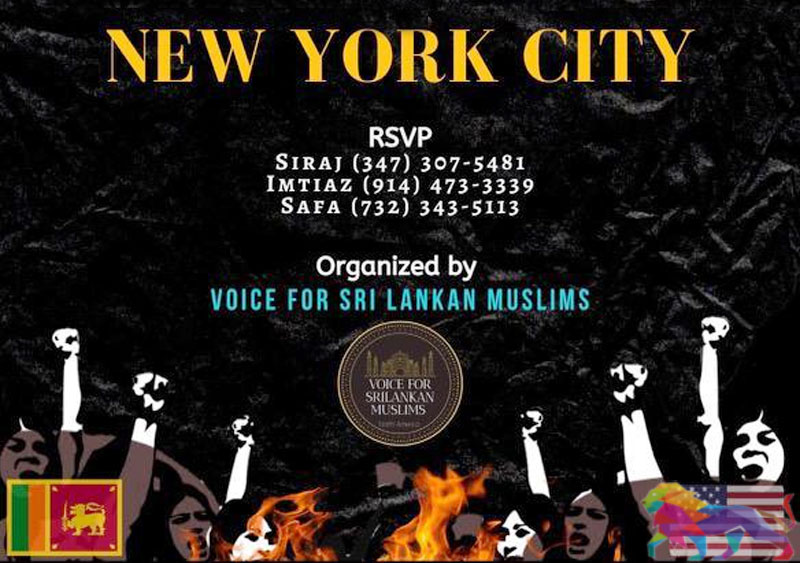 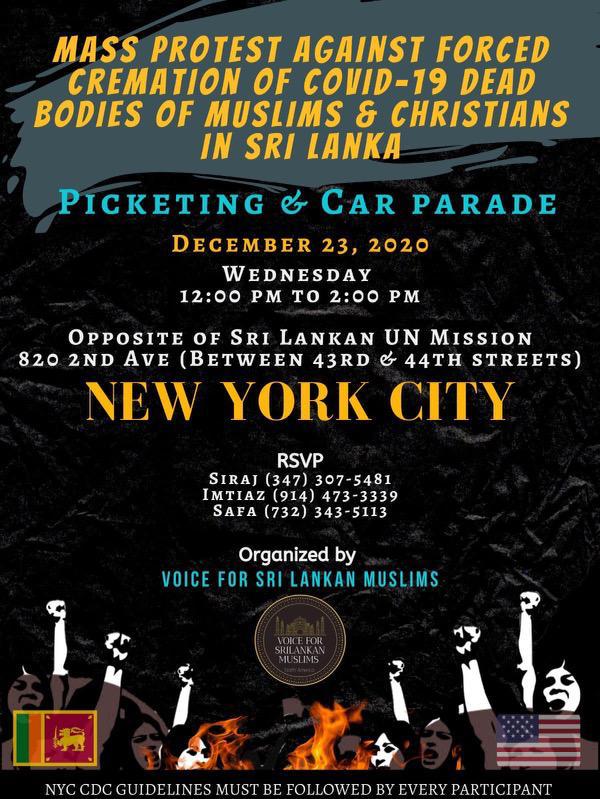 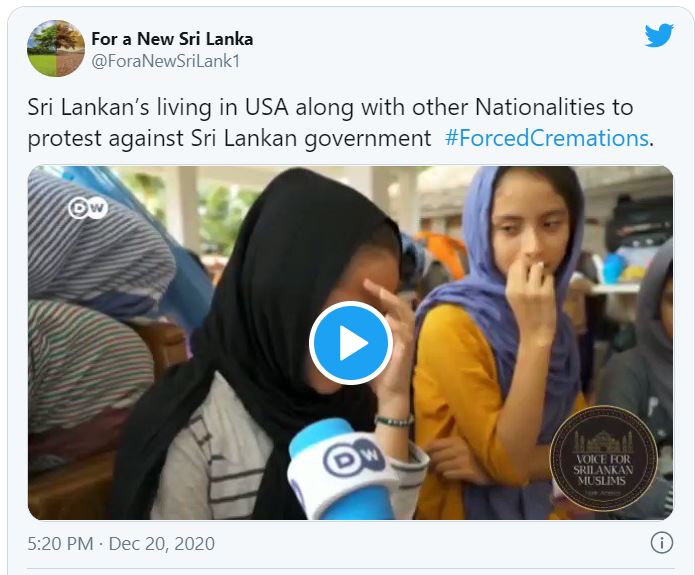 Meanwhile, a silent protest that was organised by the representatives of the France-Sri Lanka Muslim Association and several other Sri Lankan organisations calling on the government to allow burials of COVID-19 victims was held at the historic 'Place de la République (Republic Square) on Saturday (19).
Over 400 Sri Lankan Muslims living in the UK and their supporters gathered outside the Sri Lankan High Commission in London last Saturday (12) to demonstrate against the forced cremation of Muslim and Christian Covid victims and show solidarity with the families and communities traumatized by the government's arbitrary decree.
Related News:
Protest in Paris against forced cremations of Sri Lankan Muslims