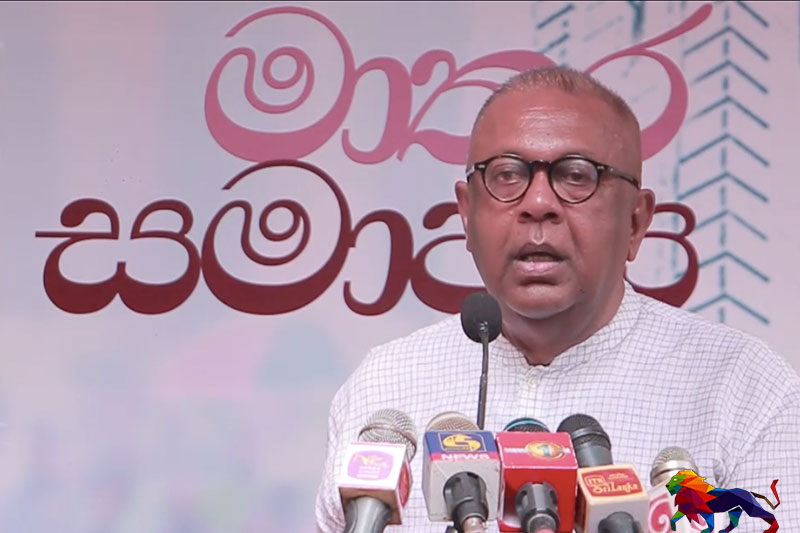 Despite certain people trying to portray president Gotabaya Rajapaksa as a 'failure' a year into his presidency, what has truly failed is the political ideology that brought him to
power, former minister Mangala Samaraweera said.

“The majority of the people in the country wanted to form a solely Sinhala-Buddhist government. They ensured that by giving a massive mandate. However, the failure of that ideological vision has been proven beyond a shadow of a doubt within a year," Samaraweera said while participating in the 'Matara Hamuwa' event held in Matara on Sunday (20).

The meeting was organised by the UNP organiser for Matara and former mayor Upul Nishantha on behalf of the 'Matara Samajaya'.
Attending the event as its chief guest representing the 'True Patriot' organisation, the former Matara district MP further stated that;
"Four months have passed since the general election. Entire country is in utter chaos. We are facing an unprecedented economic crisis that didn't even exist in the 1970s. Corruption and fraud have soared, the rule of law has crumbled, investors have ventured out to other countries, and we are being isolated from the international community.

Some in the opposition are already getting ready to form a solely Sinhala government by trying to eclipse 'sir'.
But I say that 'sir hasn't failed'. It is the ideology that represents 'sir' which has failed yet again."