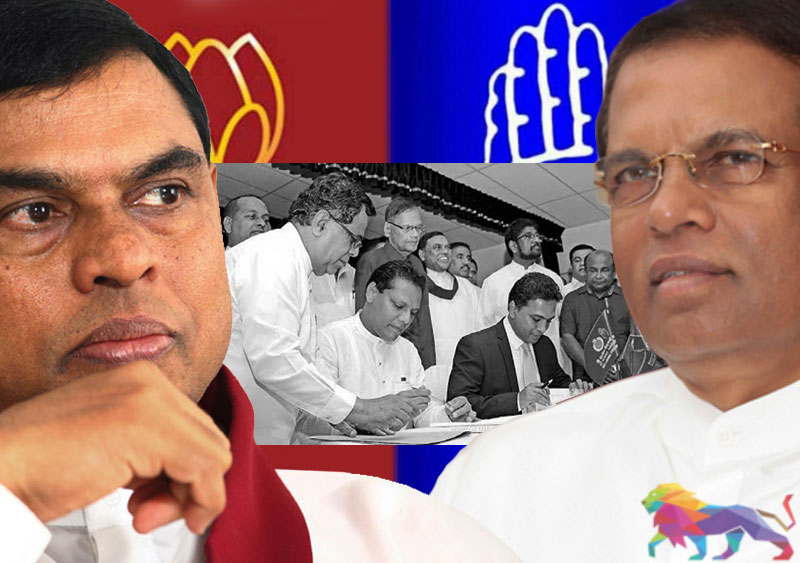 Talks are underway within the Sri Lanka Freedom Party (SLFP), one of two main parties in the SLPP-led ruling coalition, to break away from the government and to remain
independent, 'Irida Divaina' newspaper revealed.

It further disclosed that party hierarchy have discussed the step-motherly treatment accorded by the government to the SLFP on a number of occasions and as such, have agreed to provide a radical response in this regard.

The report also stated that the party has deferred taking a decision on spliting from the government due to the delay in wrapping up the proceedings of the Presidential Commission of Inquiry probing the Easter Sunday attack adding that they will make a decision once the Commission submits its final report.
Political sources intimated that the SLFP is preparing to leave the government to form a broad alliance with the Samagi Jana Balawegaya (SJB) to contest the forthcoming Provincial Council election.
Related News:
"President has ignored us" : Dayasiri cries fowl (VIDEO)