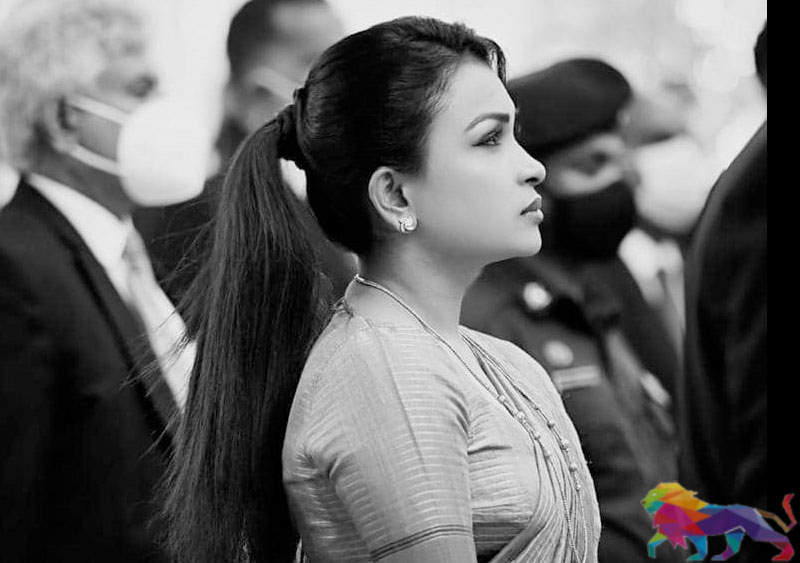 The attempt by the Attorney General's Department to label attorneys appearing on behalf of the victims of the Mahara Prison riot as those who represent "NGO interests" has
been heavily criticised on social media.
Meanwhile, a group of lawyers representing the victims of the Mahara prison riot had lodged a complaint with Chief Justice Jayantha Jayasuriya and the Attorney General yesterday (17) calling for an inquiry into the statement made by the Coordinating Officer to the Attorney General and State Counsel, Nishara Jayaratne, where she has reportedly stated that cases can't be heard based on the instructions of NGOs.
The joint complaint to the Chief Justice and the Attorney General was submitted by Attorneys-at-Law Senaka Perera, K.S. Rathnavel, Palitha Bandaranayake, Achala Seneviratne, Chula Adhikari, Thambiah Rathanarajah, Namal Rajapaksha and Lutheef Sainul.
The complaint further stated that the State Counsel had violated legal ethics and acted in a manner that was inimical to her professional dignity. 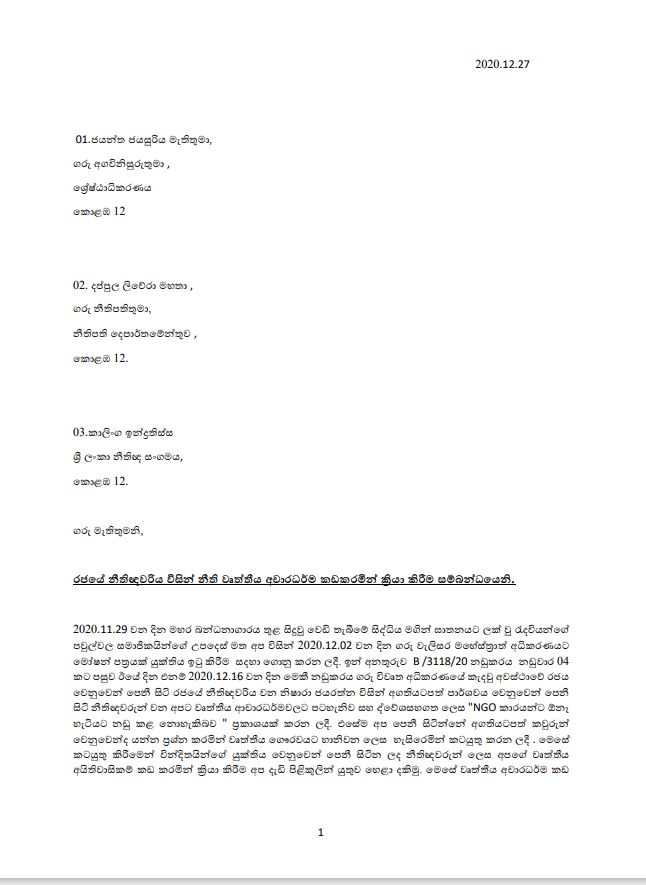 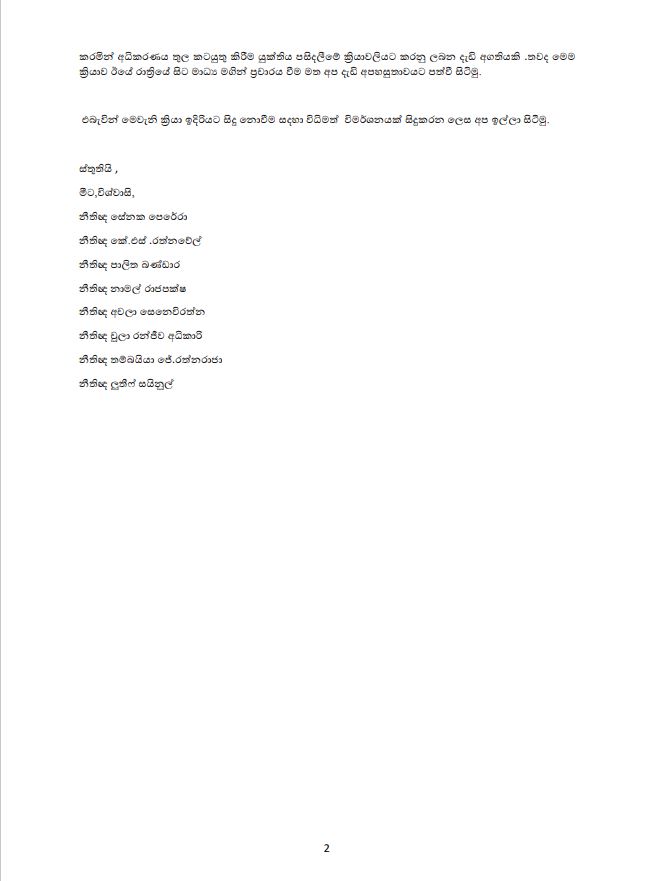